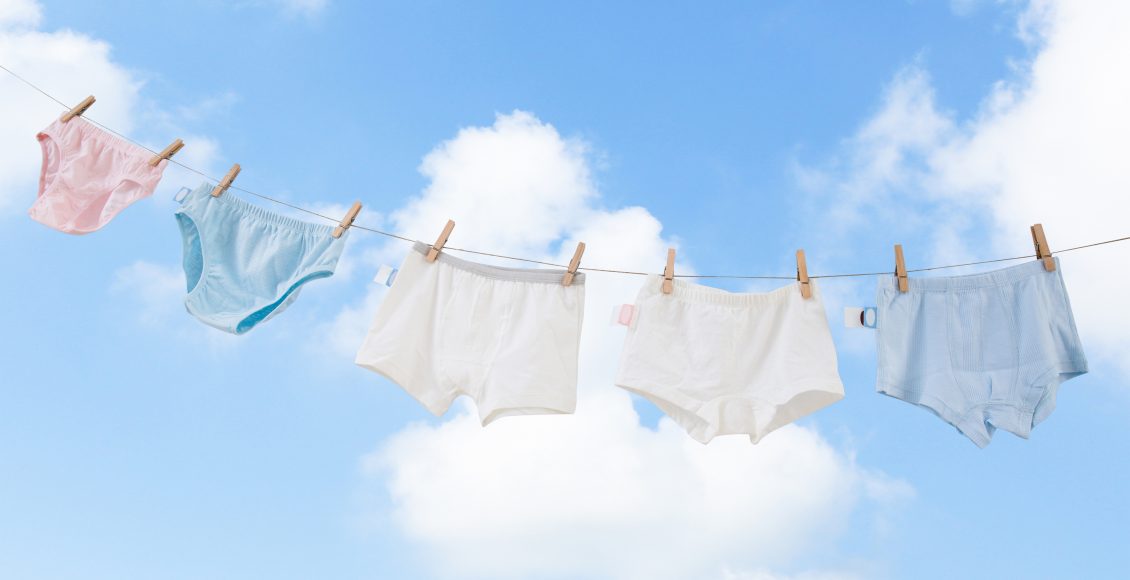 1. Undies got their start in Egypt.

Until the nineteenth century underwear in Europe and North America had two main functions: to protect outer garments from the dirt of the body, as bathing was infrequent, and to add an extra layer of insulation.

For women undergarments became an exoskeleton helping to achieve the fashionable silhouette by constraining the body and coding certain parts as sexual. The corset, for instance, was used to compress the waist while drawing attention to the breasts and hips.

5. Meanwhile, in the men’s department…

In America the union suit held sway for men until the 1930s, when the first shorts with buttons on the yoke became more available.