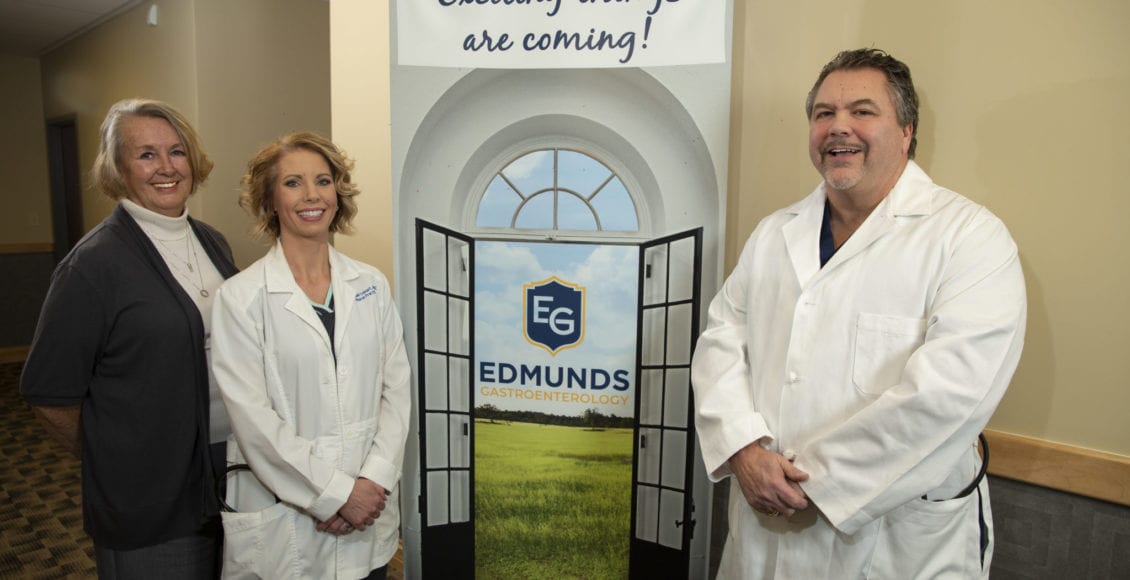 It’s What’s Inside That Counts

Forbes magazine reports: “Among the most important players in healthcare’s disruption story are patients. Healthcare consumers now have choices, and they look for the same qualities they expect of other service providers…attentiveness and personalization.” Patients have a new choice in their care through Edmunds Gastroenterology.

In an era of mergers and sprawling medical campuses, reports show that the solo physician practice is disappearing. The investment, complexities, and hard work required are daunting. One Knoxville physician is going against the trend. Patients are already scheduling appointments at the new facility, which will officially open this April on Papermill Rd.

The gastroenterology patients of Dr. Meade Edmunds are making their choice. Maybe that’s why he’s received so many honors and awards based on providing the highest level of compassionate, thorough patient care. At this point in his career, Dr. Edmunds is ready to invest in what matters most to him.

“Our goal is to raise the standard of care in gastroenterological care in the Knoxville community by offering exceptional care to our patients through professional and personal service and innovative procedures that will be new to the area,” says Dr. Edmunds.

To doctors like Dr. Edmunds, it is what’s inside that matters, in the gut where a trillion bacteria live and determine health in many ways we are only beginning to understand. His new center is well equipped to provide the technology, the equipment, and the attention that patients need.

A recent study by the CommonWealth Fund found that small, solo practices may be better for patients as measured by patient satisfaction and health outcomes. The study points out that these better outcomes may come from allowing more time for the patient-doctor relationship, and more attention to wellness and prevention. Establishing a solo practice allows Dr. Edmunds to measure his own practice by what matters most to him, not the productivity or the profitability, but the patient relationship. “When a patient says, ‘Thank you, no one else would listen to me,’ that’s the reward.”

What’s inside the building represents a legacy to the four generations of physicians in his family. His office desk is the one where his own grandfather died, at work in his medical office. The desk passed through the generation of physicians to him from a grandfather who had a hospital named in his honor. The hospital had its own story as a railroad hospital that provided care to its employees. The portrait of his mother, affectionately known to her patients as Dr. J, once decorated the pediatric wing of the hospital. Now her compassionate gaze watches over the family legacy still unfolding, as their namesake continues through Edmunds Gastroenterology.

His youngest son is preparing to become the seventh physician in the family. Investing in his own practice means that Dr. Edmunds can build and shape that practice based on his values, and pass it on to the fourth generation. He gives his own children this advice: “At the end of the day, when you lay down and put your head on the pillow, make sure you’ve positively influenced a persons life. When you do that, then you’ve had a very successful day. Every day is an opportunity to positively influence someone’s life and health.”

Mediterranean Flavors in the Old City

Kids in the Community

Closets by McKenry: Aren’t you worth it?