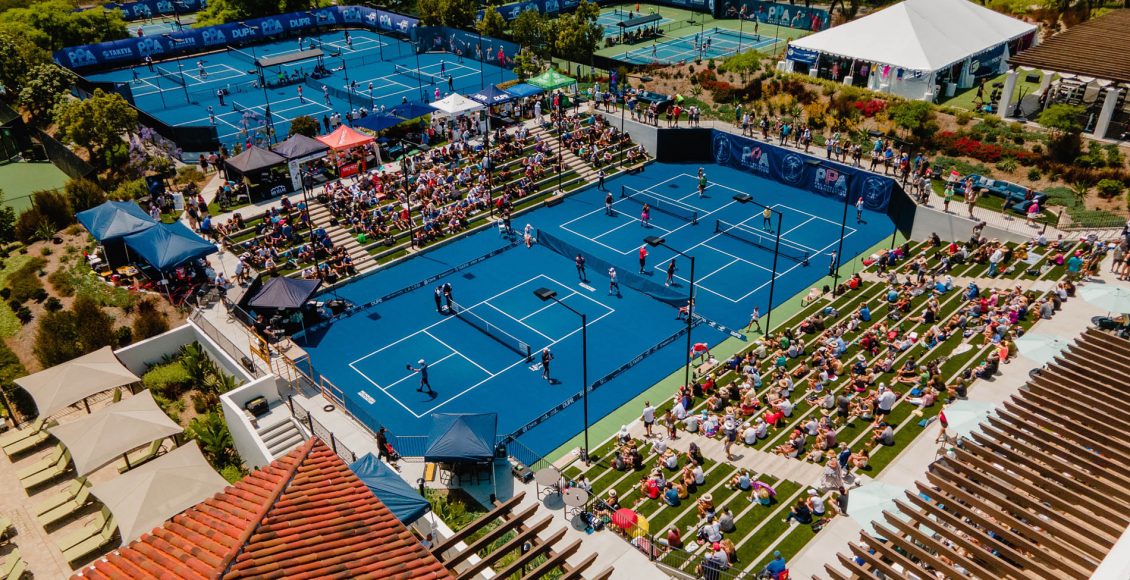 When the Professional Pickleball Association convened in June for the Orange County (California) Cup, the competitors played on surfaces prepped by a Knoxville builder.Nathan Holm, owner of Holm Court, a company that installs and refinishes athletic surfaces, flew to Los Angeles just days in advance of the tournament to ready seven courts for the competition. It was his first association with the PPA, but he hopes it won’t be his last.“

They hold competitions all over the country—Newport Beach and Denver in August, New Mexico in September—and it’s a great opportunity for us,” he says.

Holm learned of the opportunity with the PPA only a week or so before the tournament began. “One of our manufacturers recommended us to the PPA, and I got a call from one of the commissioners. It happened fast.”

Pickleball, if you’re unfamiliar, is one of the fastest growing sports in the country. It’s a hybrid of tennis, ping pong, and badminton played on a court that’s half the size of a tennis court with a lower net, using oversized paddles and a whiffle ball. “I’ve never played the game,” Holm admits with a laugh, “but I think I’m going to order some paddles and give it a try.”

Pickleball originated in 1965 when a couple of dads, Joel Pritchard and Bill Bell, wanted to come up with an activity their families could play while on vacation on Bainbridge Island in Washington State. They assembled a collection of sports equipment and initially tried hitting the ball over a net higher off the ground, but discovered the lower net made the game more fun.

For years, the game didn’t have a name. Eventually Pickleball was adopted in honor of the Pritchards’ dog, Pickles, who was notorious for running off with the ball at every opportunity. With a name and following, the sport truly began to take off.

As evidenced by its founding, the sport is an excellent aerobic workout enjoyed by the entire family. Parents enjoy the sport because it is easily accessible for their children, and seniors take a liking to it because it allows the heart rate to increase while remaining gentle on the joints. The sport helps those playing work on their hand-eye-coordination and balance, among other benefits.

Pickleball is a particularly popular sport around Knoxville. In fact, according to www.knoxvilletn.gov, Knoxville has 10 outdoor pickleball courts open to the public at no charge and 29 indoor courts at 12 recreation centers. Pickleball memberships are available for players who want to compete in tournaments.

Ready to make this growing sport a new hobby for many in the East Tennessee community is Holm, who got his start creating athletic surfaces as a kid in California. After moving to Knoxville in 1993 and working as a subcontractor, he founded Holm Court. Since then, Holm has work around the clock to complete tracks and courts all across Tennessee and North Carolina.

Holm says over the past three years the opportunities to work on sports surfaces has grown significantly and he hopes it will continue to grow for years to come.