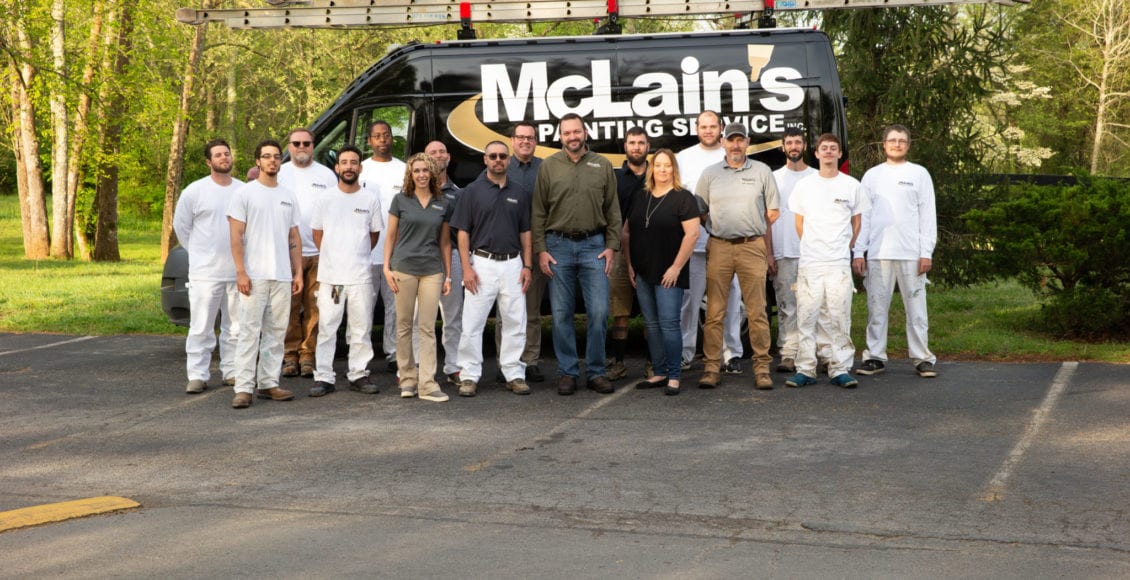 The People Behind the Paint

Charles McLain never expected to fall in love with painting. It was actually his cousin that opened the door for him. A friend’s father owned a painting company at the time and Charles worked with them each summer, even into his college years. Before long, Charles fell in love.

“I liked how relaxing it was and being able to see the instant gratification it brings once you finish a project,” he explains.

After going to college for business, meeting his wife Sarah, and getting married, together Charles and his wife decided that there was no time like the present to make a big change and follow their dreams. Charles had been working at a warehouse for roughly two and half years, but knew it wasn’t the right fit. “I really enjoyed painting, and the relational aspect of helping people transform their home,” he says. “I thought, why not start my own business.”

It was 1999, when McLain’s Painting came into existence. It was just Charles and his truck back then, working job to job in West Knoxville. But it didn’t take long for his reputation as a reliable painter and businessman to grow.

A few years later he started hiring other people. Speaking with a number of business coaches, Charles built his business from the ground up. Today, 16 painters, two sales estimators, an office coordinator, and a field supervisor make up his growing team. They cover a wide territory, roughly a 50-mile radius from Knoxville, working in Loudon, Blount, Anderson, Knox, and parts of Sevier counties.

“Our process is different. There was a need for integrity and quality in this line of work and people would say to me ‘I don’t trust people,’” he recalls. “But I wanted it to be different. I hired employees carefully, originally hiring family, but then when hiring people I didn’t know, I made sure first that they were the right fit for our business. I want our customers to have peace of mind. I hire for attitude and character and can always train on skill.”

This model was different for the field. Charles and his team are not there to sell, he says. Instead they show up and say they need an hour of the customer’s time to do a walk through of the project and listen to the customers concerns. “Anybody can come out and paint a house, but can we conquer their fears of hiring the right people?”

“It’s about the employees who make up this company,” Charles says. “People make all the difference. Thank God for the ones He’s given us because they do great work.”

Are our Tennessee Natural Resources in Danger?