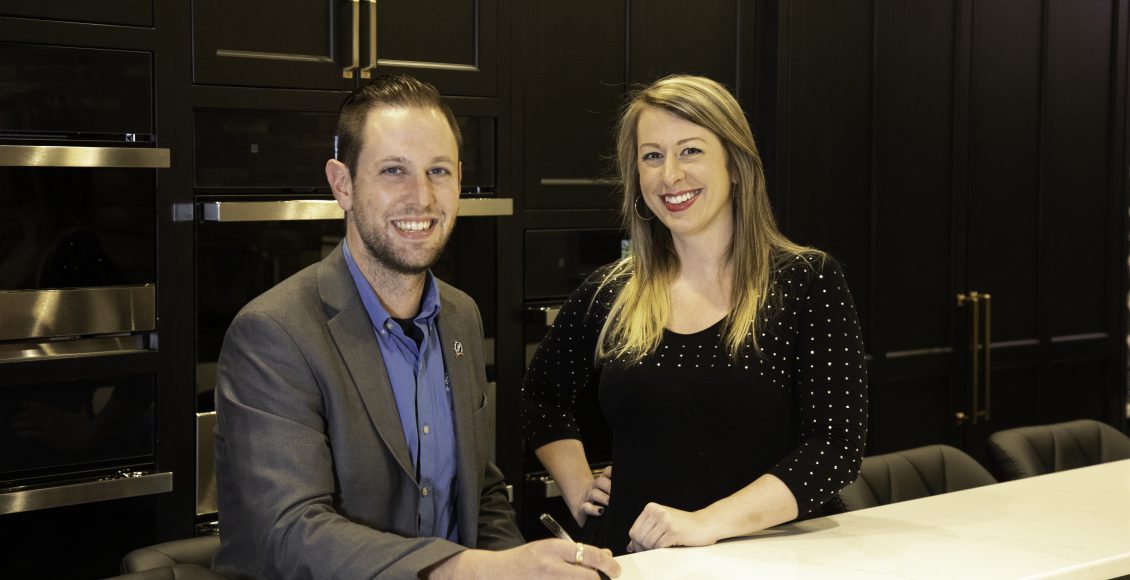 For 55 years, the Pattersons have built a business based on three cornerstones: Family. Service. Integrity.

The owners of Patterson’s Home Appliances are now on their third generation of family running the business. And satisfying their customers. And seeing their company grow. And serving the community.

Don Patterson, a refrigeration mechanic who worked in Oak Ridge following World War II, started Patterson Refrigeration Service in 1965 out of his home, repairing refrigerators and other home appliances for his neighbors in Roane County. Eventually he opened a storefront in what is now Harriman. His son, Steve, helped out as a teenager around the shop from its earliest days. Don’s wife ran the bookkeeping portion of the business.

It wasn’t long before Don connected with Whirlpool, selling their appliances in his store and servicing them after the sale. The company transitioned into Patterson’s Home Appliances.

“Dad put down a good base for the business, doing good quality work and treating customers right,” says Steve. “He believed in service after the sale.”

“Our model has always been service for our friends, family and neighbors,” says Elaine Patterson, Steve’s wife, who took over the financial end of the business from her mother-in-law.

“God has truly blessed us,” says Steve. “Opportunities were given us, and Dad was willing to step through the doors.”

Those doors opened regularly around East Tennessee. The Pattersons added a store in Oak Ridge in 1986. The Knoxville location opened in 1992. In 2006, they opened an outlet store in Rockwood. Two years ago a store in Crossville was added to the roster. Earlier this year they opened a design center in downtown Knoxville for appointment-only looks at high-end appliances.

Throughout their growth, they’ve stuck with the family of Whirlpool appliances, which also includes product lines from KitchenAid, Amana, JennAir and Maytag.

“It’s an American-owned company,” says Steve, “and a leader in the appliance business. We believe they offer a good product and a fair value for the customer.”

Just as Steve started young in his dad’s store, so too did Steve’s son Mark, who took over leadership of the company two years ago.

As the middle generation involved in the company, Steve, who retired last spring, reflects on both his dad’s and his son’s contributions. “I was truly blessed to watch the growth of the business from Dad working out of the house to what it is today. For the family to be able to work together and to be associated with a fine company like Whirlpool and to know we were founded with good morals and care for our customers and employees is a wonderful blessing. And to have a son to step in and carry on the tradition and raise the bar; the growth under his leadership has been phenomenal. I’m so proud of him and his vision for the future.”

As for Mark, he’s proud of the team they’ve built at Patterson’s and the family atmosphere they’ve created there. “We have several employees who’ve been with us over 20 years. We’ve invested in them and the community, and we work together to take care of our customers.”

Mac’s Pharmacy: Individualized Care When Americans Need It Most