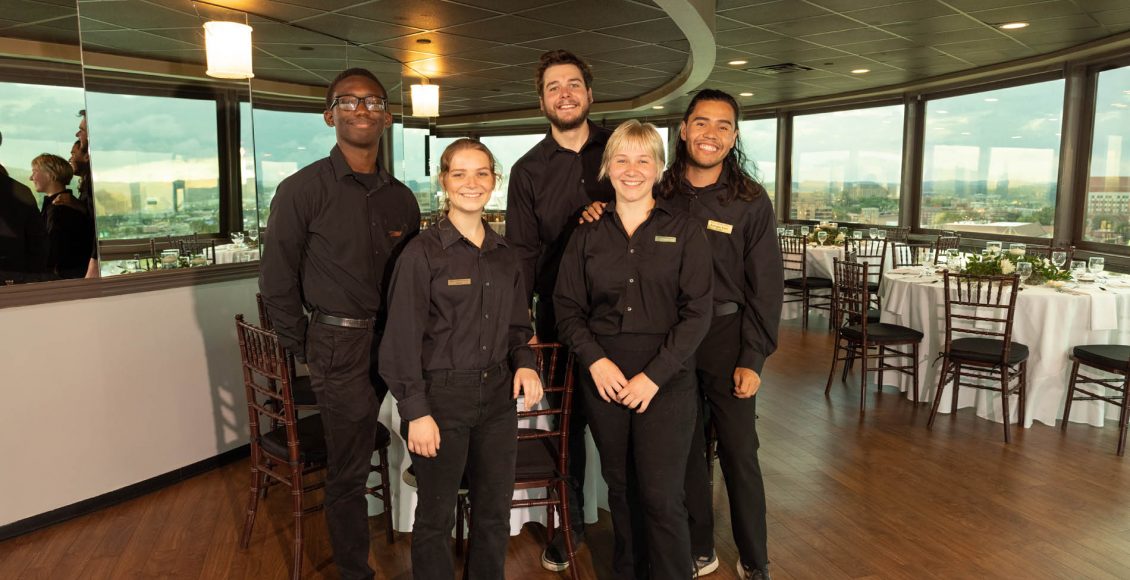 50 Years of Service and Mouth-Watering Cuisine

It was 50 years ago when Rosa Messina Nussbaumer opened her own catering business in Knoxville. And as the team at Rosa’s Catering looks back on her life as an innovative chef and go-getting businesswoman, it’s hard not to feel proud to be carrying on her legacy.

Born in New York to Sicilian parents, Rosa came into this world with an appreciation for exceptional cuisine. After growing up with a love for Sicilian and other ethnic fare, Rosa’s move to Knoxville with her mother after her father’s passing helped her to develop an appreciation for Southern cuisine, as well. She would go on to receive a degree in Nutrition from the University of Tennessee, later moving to work at the University of Georgia dairy lab as well as a Yale pharmacology lab. These experiences sharpened her understanding of food.

Rosa soon dove in to recipes from her husband, Bill’s, Swiss and German heritage. Bill relished good food and was grateful to be the first taste tester of Rosa’s offerings, which she diligently researched and developed until the result was just right. By 1971, Rosa began to consider the idea of changing her hobby of entertaining and cooking for crowds into a catering business. They bought a new home in Halls and turned the garage into a full-blown catering kitchen.

Bill and all three of their sons were put to work for the business, with many of Rosa’s good friends alongside them. The business grew mainly by word of mouth, and when it finally became an incorporated company, the Nussbaumers’ garage went back to serving its original purpose, and Rosa purchased a piece of land with a house on Old Maynardville Pike that would help her dream grow further. Somehow throughout all of this, Rosa found time to teach cooking classes and co-found the TN American Culinary Federation Chefs Association.

Today, that very house Rosa bought remains the headquarters for Rosa’s Catering and encompasses a large commercial kitchen, an equipment warehouse, offices, and a consulting area. It’s the place where her work continues to grow and feed those in the region, today under the leadership of Rosa’s second son, Phillip.

When Phillip looks back on the history of his mother’s business, a business that has been part of his life since he was a child, he beams with pride. “I waited until I earned my degree in Restaurant and Hospitality to officially join her team,” he recalls. “Her shoes were enormous ones to fill, and I wanted to ensure I made her proud.” And as he looks around at his team—which as of 2019 also includes his wife, Donna, who manages events on their floors at the Sunsphere in downtown Knoxville—he knows that each person at Rosa’s Catering shows the same level of dedication and passion for their work as his mother did. “We have an excellent team, producing at a very high level,” Phillip says. “We have had a lot of turnover in the last year, but they’ve done a great job.”

Rosa retired a few years back, but pops in every now and then to offer advice and share laughter with the employees, knowing that Phillip and the team carry on her track record for delivering the promise of a perfectly catered event. “We’ve been serving tried and true family recipes for 50 years now, all thanks to my mom,” Phillip says. “And I couldn’t ask for a better team to journey with; I know it’s only going to get better.”