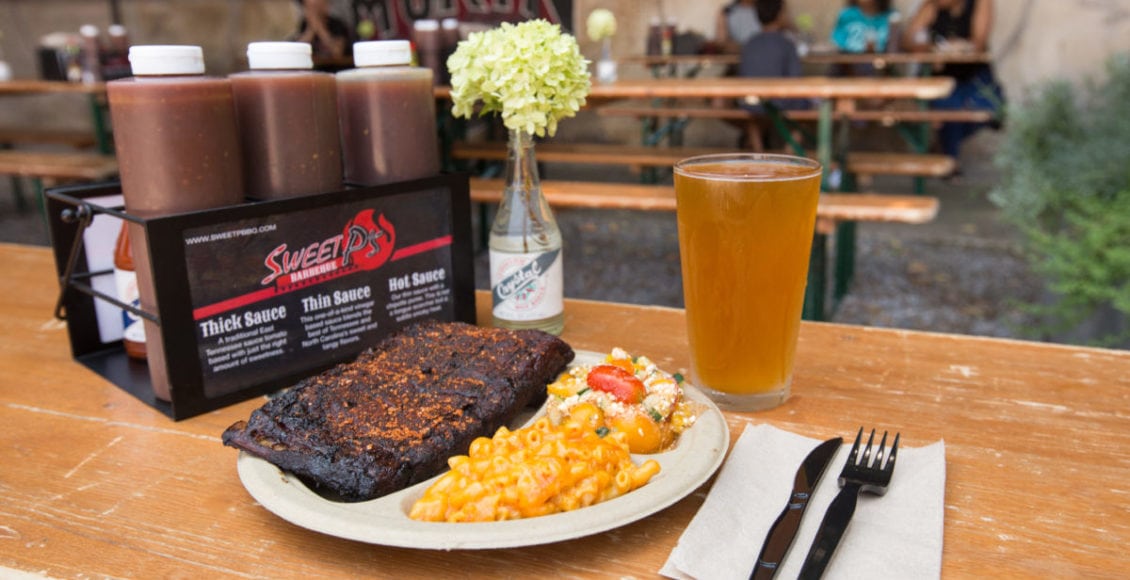 Game day has arrived; you’ve been waiting for this all year. Decked out in your orange and white overalls and getting ready to head towards Neyland Stadium, you suddenly get a game-day craving for game-day delicacies. You’re thinking a burger, or maybe BBQ—no, maybe you want wings. Luckily for you, we’ve got you covered with restaurants, both close to the stadium and on the way there, that can provide you with all your tailgating favorites.

Looking to pack the perfect game day meal? Sweet P’s Barbeque and Soul House offers a number of meats, sandwiches, appetizers, and more to complete your game day meal. Choose from a variety of meats sold by the pound or by the sandwich. You could pack their huge smoked Wings, flash fried and tossed in spicy garlic BBQ Sauce or soul rub. If you want to change it up a little, try their BBQ Burrito, stuffed with BBQ pork or chicken, pintos, slaw, cheddar, and BBQ sauce. A great on-the-go meal for the big game is their Sweet P’s Sampler: a BBQ pork or chicken sandwich, ¼ rack of ribs, beef brisket, and three sides.

If you’re up for a good time, check out Gus’s, conveniently located on Cumberland Avenue. Stop in on your way to the game to pick up a Good Times Favorite like their Philly Steak and Cheese: thinly sliced rib eye steak with grilled green peppers and onions, mayo, mustard and provolone cheese, served with fries. Or snack on their Cheese Bings: breaded cubes of cheddar and pepper jack cheese deep fried.

Craving something a little different on game day? Yassin’s Falafel House is just the spot for you. Grab a Falafel to go: falafel wrapped in a pita with lettuce, tomato, pickles, onions, and homemade tahini sauce. For those of you with a bigger appetite, try the Falafel Sampler Plate, which includes falafel salad, homemade hummus, and baba ganoush with a side of pita. Or pick up their Gyro, a favorite crafted with lettuce, tomatoes, onions, pickles, chickpeas, and olives topped with gyro meat and homemade tzatziki sauce.

As a senior at UT, Ashley spends most of her time focusing on her future and, like any other college student, the little spare time she gets is usually used for napping. After writing for The Echo and now Cityview Magazine, her passion for writing is growing. Ashley’s goal is to land a job at a popular magazine one day.