To Will or to Trust

Protecting Your Assets for the Golden Years 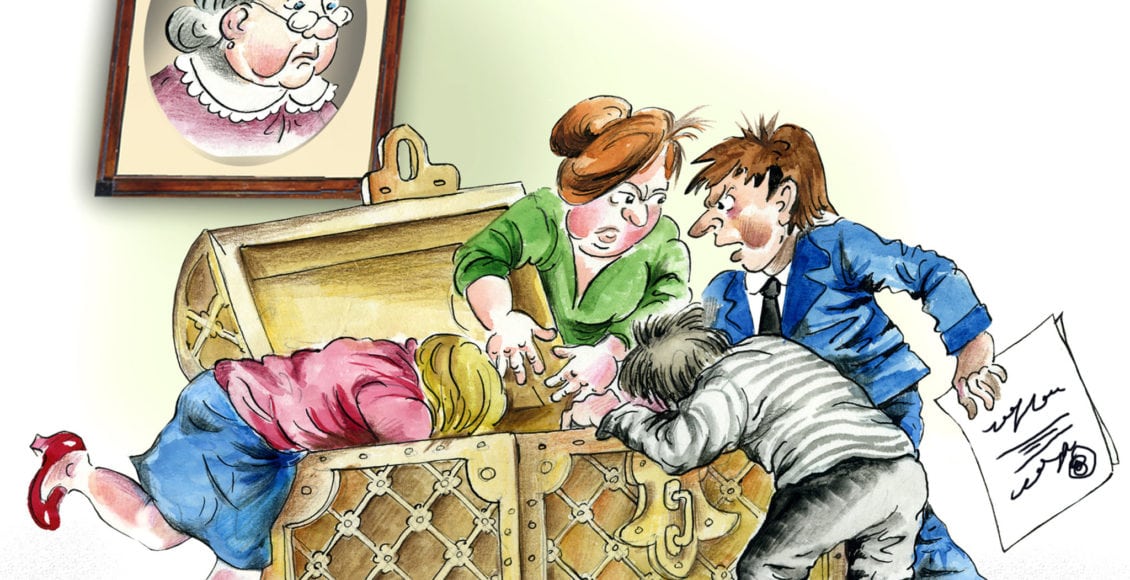 So you’ve finally bought a red couch and painted the walls yellow, only to discover that earth tones are in.

Sometimes making legal plans can feel like that, with law seeming to evolve as quickly as taste in interior design. Just as oatmeal-colored sofas have edged out red ones, it feels like trusts are becoming popular while wills have become passé.

Is that the truth of the matter, though? Are trusts simply in vogue, or is there more to it than that? Before investing in one or the other, it’s best to know the difference.

The Difference between a Will and a Trust

“A trust and the other documents that go with it specify who is important in your life and lay out financial, health and legal plans for the rest of your adult life,” says Knoxville attorney Anne McKinney with McKinney & Tillman, P.C. “If you’re in a car wreck and are seriously injured and have scratched your eye, who’s going to know who your eye doctor is or that you pay your utility bill by automatic draft?”

“Trusts are private,” she adds. “A will can end up in public, hashed out in your county probate court and open for anyone to look at. If you wanted to, you could go to the probate court and read all the wills that have been filed.”

Knoxville attorney Phil Bryce says that being uninformed when it comes to legal matters can be devastating.

“Wills are so out of date,” Bryce says, “but people keep using them because they don’t know any better. They’ve heard of wills, but are unfamiliar with trusts. I ask people if they have their affairs in order and they say, ‘Yeah. I’ve got a will.’ You don’t have your affairs in order if you only have a will.

Knoxville attorney Bailey Schiermeyer of Elder Law of East Tennessee describes a trust as an instruction book for how to manage your property during your life, at incapacity, and after your death.

“A will only manages your property after your death,” she says. “It doesn’t give you any protection if you develop Alzheimer’s disease or have a stroke. If I have dementia, I want to know I’ll have a roof over my head.”

In addition to ensuring privacy, trusts also help you preserve control over your property, Schiermeyer says. “People work really hard to build up their wealth for their golden years. A trust is a great way to maintain control over your financial affairs … even if you aren’t able to speak for yourself.”

Bryce, McKinney, and Schiermeyer all agree that one of the central issues with trusts is avoiding probate court, where estates are hashed out in public.

“At your death, your trustee is responsible for gathering assets and distributing them according to your wishes,” McKinney says. “This can be done privately without a court proceeding. We do a lot of revocable living trusts as a means to avoid the probate process completely.”

In Knox County that’s the Knox County Probate Court,” McKinney says. “The court will want to know if you have a will, if your bills have been paid and if your assets have been distributed according to your will. The reason people want to avoid probate is they don’t like their relatives going into court and filing the will and paying court costs and maybe hiring an attorney. They don’t like the idea of the court handling their private affairs. They also don’t like the hurry up and wait. It can cost more money than using a trust.

“The problem I see when people become disabled is they pick people to handle their affairs who aren’t suited for it,” McKinney says. “They pick people who don’t get along with their children or have a drug problem or don’t understand how to carry it out. You have to pick someone who files their taxes on time. You have to pick someone who is responsible and takes the job seriously.

Bryce says people shouldn’t be misled by the offer of an inexpensive will.

“Tennessee has been voted one of the top three states for asset protection where you can protect your assets from creditors,” adding that Tennessee does not have gift or inheritance taxes and the federal government doesn’t tax estates less than $11.2 million.

“At the very end we put in a ‘trust protector,’ who can put in a new executor in case the executor dies. The trust protector is commonly me or someone in our firm—or it can be your brother. Its somebody you can trust who can make good decisions. That’s a big deal that most people don’t have.”

When to Create a Trust

“We usually see people start doing trust planning in their ‘50s when they start thinking about retirement,” Schiermeyer says. “I do customized work. The first thing I do is learn about the people across the table from me and what their goals are before I ever ask about their assets.”

She said the costs depends on how many factors are involved, including whether the couple owns a business or is planning for long-term care for each other or children.

In regard to protecting elders from avoidable planning pitfalls, Schiermeyer says there are a few things she’d like to should from the rooftops.

“A lot of people want to do DIY planning and I get why that is appealing,” she notes. “I define DIY planning as either drafting your own legal documents — usually with the help of the Internet or gifting assets to children in lieu of creating a trust. I don’t recommend DIY planning for numerous reasons, the first being that it opens you up to so many unnecessary risks and problems.

“The most tragic example of DIY planning gone wrong is when elders transfer their home to their child without consulting a qualified attorney. This type of transfer could create negative tax consequences, prevent the parent from receiving needed Medicaid benefits, or make the property vulnerable to the child’s creditors. Even worse, we probably get four to five calls a year from people who have deeded their home to a child who’s now trying to evict them from their own property.

“In terms of bank accounts,” she says, “I encourage everyone to confirm that they have beneficiaries designated on their financial accounts, not adding their children as joint owners on the accounts. Ensuring your accounts have beneficiaries named is a great way to avoid probate, whereas if the child listed as a joint owner on your bank account is sued, files for divorce or bankruptcy, your property including your bank account, can be at risk. Don’t put yourself in those risky situations. Your golden years aren’t for taking on new risks. It’s the time to minimize risks and enjoy yourself.”

“Waiting too long to do things applies to everything done in this game,” he says. “When you’re responsible for people, when you have children or a spouse, that’s when you have to have a plan. It’s all about giving what you have to whom you want the way you want that doesn’t spoil them. I’ve always said when I was 21, if you’d given me a good deal of money, I’d have bought a Porsche and married a Las Vegas show girl and they’d both been gone in three years.”

Bryce estimates that about 90 percent of people do not have the legal documents they need.

“Seriously, people don’t pay attention if it’s not right in their face,” he notes. “If all of a  sudden they contracted cancer, they’d get right on it and create a trust. Usually death is instantaneous and it’s too late, and then people fight over things. Death should be a loving event, not a fighting event.”

Hunting for the Balance