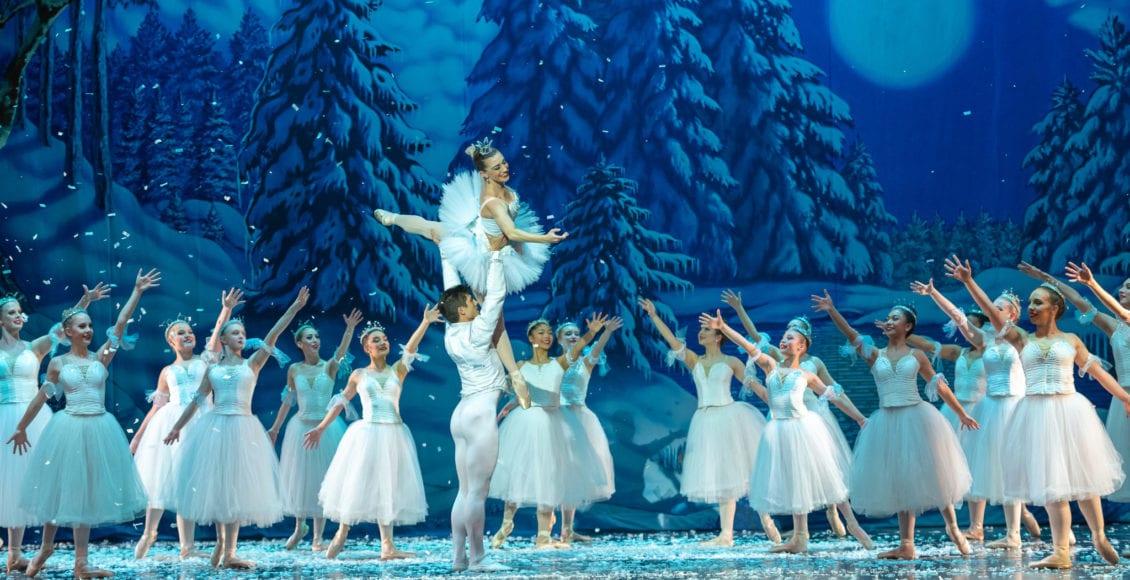 Whether it’s the dead of winter or the middle of a lazy summer, over 90 dancers of the Appalachian Ballet Company are hard at work.

Take Kylie Berry, for example. Berry, featured on the cover of this issue, has held title roles such as The Little Mermaid and Sugar Plum Fairy and is currently the company Rehearsal Mistress. The daughter of a former ballerina, Berry first took up the tutu at just six years old—and she never put it down.

“I grew up watching her dance,” Berry says of her mother Amy Vaughn, the Artistic Director of the Appalachian Ballet Company. “I said I wanted to be a ballerina when I was eight years old, and I never changed my mind.” After years of training, racking up hundreds upon hundreds of practice hours, she left the state for what she calls “the big, bad world of professional dance.”

“When you really want to make a career of something, you don’t take a summer off,” she says. And make a career she did. Berry performed with North Carolina’s Charlotte Ballet for several seasons, where she found that her training served her well.

But in 2010, the Appalachian Ballet Company’s prodigal daughter came home. Now her workdays begin and end with studios full of young ballerinas, from preschoolers just learning to spin to accomplished high schoolers ready to dance professionally. And every single one of her students works hard—­­dance isn’t as effortless as it looks.

In fact, the graceful performances that the Appalachian Ballet Company brings to Tennessee’s stages are decades in the making.

In the second half of the 20th century, East Tennessee was not yet known for ballet. But that didn’t matter to local kids who wanted to dance, who worked long afterschool hours to learn centuries of classical techniques and motions. Without a locally-based ballet company, however, their opportunities to share their hard work were few and far-between.

Enter Cheryl Van Metre. A local ballet instructor, she opened the Van Metre School of Dance and gave kids the education they wanted, rivalling bigger schools in bigger cities. She saw another need, though: the need for a company. In 1972, Van Metre founded the Alcoa Civic Ballet. Over the years, the company took on a new name, new shows, and new dancers— including Amy Vaughn, the company’s current Artistic Director.

Vaughn, who has been a member of the company almost since its inception, remembers that Van Metre and the Board of Directors changed the organization’s name when members began to flow in from across the region. “A few years in, and the board made the decision to change it to the Appalachian Ballet Company. Dancers were coming from Oak Ridge, from Seymour, even from Jefferson City. We weren’t just one town’s dancers,” she says.

The Southeastern Regional Ballet Association, which provides standards of excellence as well as a yearly exhibition, unites ballet companies from eleven U.S. states and territories. Of its member companies, the Appalachian Ballet Company is the only one to call Tennessee home. They are also one of the only regional companies that regularly employs an orchestra—a partnership that the company’s directors find expensive but necessary.

“We just continue to grow,” Vaughn says. Under Van Metre, the fledgling company only performed two shows: The Nutcracker in the winter and a spring show. Not only did Vaughn add a second weekend of Nutcracker shows, she also took on a fall show, a recital for the school, and a yearly performance with the Southeastern Regional Ballet Association.

The Appalachian Ballet Company has also grown in other ways to keep up with the complex professional world of dance. “When the company started, it was just about classical ballet,” she says. “But the world of dance has evolved so much that you have to be able to do everything. So that’s what we’re presenting to our dancers, that they can be well-rounded. They could be in a jazz troupe or on Broadway—they don’t need to just do classical ballet.”

Regardless of its form, Vaughn believes that dance is a type of storytelling that brings art and expression to an area. “I think that with the beautiful expression of the human body—not only that it can move and create a feeling for someone else… your body can tell a story,” she says. “We can really share with the audience a story or a thought or a feeling.”

Vaughn also thinks that dance is life changing for the kids who learn it. “Equally important are the dancers who train and work hard to learn the art form, the athleticism, the musicality, the French terminology. There’s just so many life lessons they learn by taking dance. There’s so many wonderful things involved in having a child involved in dance where they have that structure.” Vaughn adds that her graduating high school dancers all sported a 4.0+ GPA and multiple college scholarships.

So, what’s next? Vaughn, Berry, and the rest of the company’s leadership hope to keep it growing. “There’s always going to be a bit of growth because we want to always be bigger and better,” Berry says. She also hopes to collaborate with more artists and perform more shows with the Knoxville Symphony Orchestra.

Regardless of how it grows, it’s clear that the Appalachian Ballet Company will continue to be an expressive, artistic force in the region.

Valerie is a former intern at Cityview.

Fall festivals To Visit This Weekend