Be Part of a Christmas Miracle 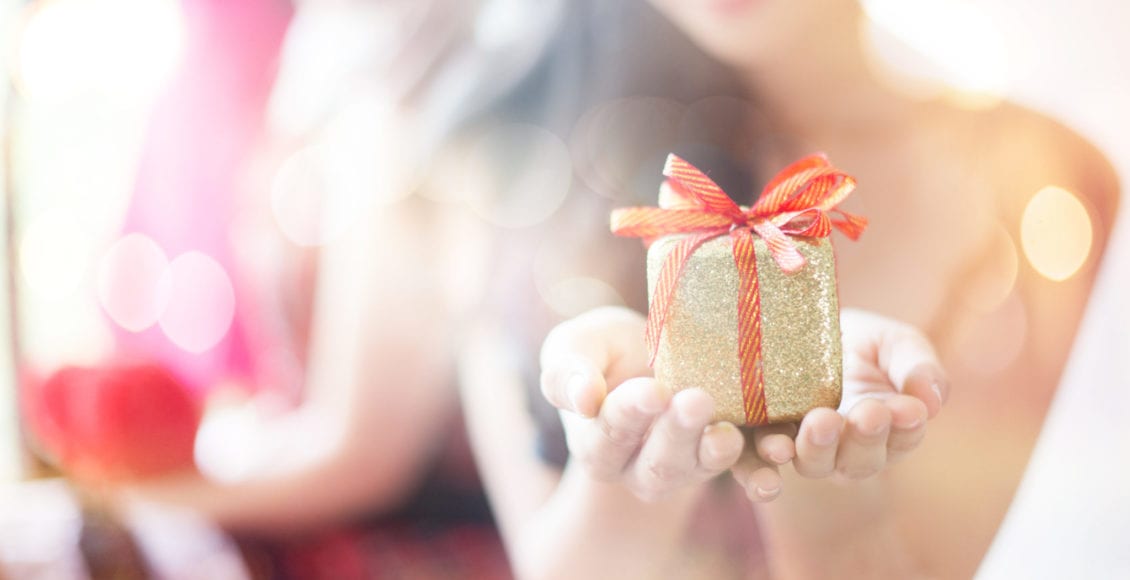 We all want to help, especially at Christmas. But sometimes we just don’t know how. We know the needs are out there, but how do we find them? Here are five charities who are helping make Christmas a little more merry for local children and adults, and they need your help.

At Black Mountain Elementary School at the end of a highway in Southeastern Kentucky, a little boy named Tyler got a bike. Even though Emmette Thompson, director of Mission of Hope, has gone on countless trips to deliver toys and food to the neediest kids of Appalachia since then, he will never forget that cold day.

“On our Christmas deliveries we do clothing and food for the poorest kids,” he says. “The Fountain City Lions Club buys us four bikes for each of the 28 elementary schools we go to in Northeast Tennessee, Southwest Virginia, and Kentucky.

“As Tyler took off riding, he turned and said, ‘You know, I really like this bike… I just wish we had a place to live in,’” Thompson recalls.

“It turned out that the family lived in a Winnebago on church property. They had to walk over a foot bridge to go to the restroom. A Christ Covenant Presbyterian Church team was with us. They were so torn up about it that they decided to do something. Over the next year, through Christ Covenant’s support, along with Mission of Hope and Clayton Homes, we were able to get a doublewide for Tyler. We got Tim and Robin Harris of Knoxville Wholesale Furniture to donate furniture. The parents knew about it, but we didn’t tell Tyler.”

The day finally came when he got off the school bus and saw his new home.

“It was powerful,” Thompson said. “The parents were sobbing their hearts out. Bill Williams and I were crying and Tyler said, ‘I reckon God does answer prayers.’

“We’re an Appalachia relief ministry,” Thompson says. “We’re based here and serve a rural mission field. We’re the folks that started working in the former coal mine boom towns after Bill Williams did a story on the coal mines closing in the mid ‘90s. We serve areas identified by the Appalachian regional commission. Williams felt that people who flew over and drove around these areas weren’t aware how dire the situation was in these communities.”

Donated items are collected at the Mission of Hope warehouse off Middlebrook Pike. New toys, clothes, non-perishable food and hygiene items are needed for this year’s deliveries to schools.

The mission is to take hope to the people of Appalachia through evangelical Christian charitable ministries. For more information about volunteering or donating, go to missionofhope.org, call 584-7571 or email info@missionofhope.org.

About 2 a.m. on an early morning in 2000, things started happening. Betsy Frazier was up again, talking to God. “I was 55,” she said. “I thought, ‘I haven’t accomplished anything with my life.’ I was a gospel singer and I really had thought I would be a famous gospel singer. I’d been getting up during the night and praying and reading the Word and waiting to hear the Lord speak to me. That night I heard clear as a bell, ‘Write this down.’

Frazier started a small ministry in the old Merita Bread factory at 1218 N. Central that her husband, Mike, had bought for his import tile business. The ministry— which distributes food, clothing, toiletries, and furniture—exploded and soon he had to move out of the 65,000 square foot building.

A couple of years later, the Fraziers were in the Bahamas on a trip Mike had won when Betsy called home to see how things were going.

“The girl said, ‘Betsy you won’t believe what’s come in—a black grand piano,’ Betsy recalls. “That was a kiss from the Lord because I love music so much. Our main goal is to share Christ, and the Lord just shows off here.”

The ministry helps people have a merry Christmas each year.

“We’ll transform our usual shopping area into a Christmas mall,” said Tony Earl, executive director. “We give away toys, and there’s an area where children can shop for their mom and dad. We give away Christmas decorations, including trees, lights, wreaths, wrapping paper, bags and tape.”

Families can shop for free—including Christmas—on Tuesdays and Wednesdays. A worship service is open to all at noon on Saturdays with a free meal following.To donate or volunteer, go to angelicministries.com or call 523-8884.

Remember as a child taping sheets of notebook paper end to end because your Christmas list to Santa was so long? Luckily, local children who won’t have a great Christmas have been getting help for the last 15 years from the ‘Dear Santa’ program at Helen Ross McNabb. Helen Ross McNabb has several locations in Knoxville and offers help to children, adults, and families with addiction, mental illness, and social challenges.

“This is a way to bring a positive to something that may not be that exciting for some families,” says Rebecca McKnight, community relations coordinator. “To open a gift on Christmas morning can help the healing process for the children we serve.

“Dear Santa is open to our child clients and siblings who live in the same household. Kids fill out a wish list and ask for clothing, toys, or gifts. People who are interested in donating can ask for a wish list that will tell them a little about the child and the gender. Due to HIPAA, we can’t release the child’s name.

“We get more requests than we have the ability to fill,” she added. “The program has grown dramatically, and we rely on our frontline staff to determine the greatest need.”

McKnight says they typically serve close to 2,000 a year, including some adults who can’t live on their own. Dear Santa is made possible by the Beth Haynes 12 Days of Christmas Online Auction and community donations.

“Last year we had one little boy who had requested an X-box game. It was kind of an outdated game. They decided to buy him a new game system with games instead. Another donor went all the way to Nashville to pick up an American Girl doll to match a little girl’s request. We allow our children to make one big wish, but most requests are normal things like makeup, clothing, or a basketball. We have some donors who purchase one or two items on the list and some who purchase everything. It’s up to the donor’s discretion.

“We start taking donor information in late August and wish lists are ready for distribution in late October. Our goal is to have all lists matched to donors by Thanksgiving,” she said.

For more information go to mcnabbcenter.org, call McKnight at 329-9176, or email her at rebecca.mcknight@mcnabb.org.

Many decades ago, a young girl grew up on the streets in Knoxville. About the age of 12, she went to live at the John Tarleton Children’s Home. She went to school, even nursing school, but she wanted her past to stay a secret. She became a nurse and got married. Then one day when she was older, she had to do it: she had to help. In 1990 she began to give out hotdogs from the back of her car and Lost Sheep Ministry was born. Maxine Raines is now 81 and living in a local nursing home.

“There are so many reasons why people are homeless,” says Ross Jones, director of operations, “the majority are probably challenged mentally and emotionally.”

Each week, 200-250 homeless people gather under the Interstate bridge in downtown Knoxville. “The outreach has been in Knoxville for 28 years,” Jones says, “and hasn’t missed a single Wednesday night of serving meals and distributing clothes in all that time. We always have a serving line and tables, but Christmas is one of the only times during the year we do a sit-down meal. At Christmas, those who are being served are already seated and we come serve them. There are 100-200 volunteers that night. We decorate with red and green tablecloths and give out gifts—they’re usually quilts. There are a few ladies here who quilt all year just to give them away at this time. We also give out small things like fruit, peppermint sticks, flashlights, and fingernail clippers.

“If you want to volunteer at our Christmas service on the 19th or donate money to help buy presents, go to knoxvilledreamcenter.org and click on the Volunteer tab or the Invest in KDC tab,” Jones says. For more information call 688-9636.

Two sisters were cooking up a storm back on Valentine’s Day in 1986. Helen Ashe and Ellen Turner didn’t want anybody to go hungry, and they were going to do something about it. As they worked in the basement of a church, they had no idea that what they were doing would come to be known as The Love Kitchen or that their Christmas dinners would be legendary.

About 18 years ago, the sisters got a new volunteer at their new location at 2418 Martin Luther King Jr. Blvd.: Patrick Riggins.

“I was put here,” he says. “Years ago my brother-in-law was volunteering here. I’d never heard of the place. I said, ‘Justin, that’s good. It’s good you’re helping people.’ He said, ‘You should volunteer.’ I said I didn’t have time. He kept bringing it up and I said, ‘If God wants me there, he’ll put me there.’ A couple weeks later he asked me to cover his route picking up food donations because he’d gotten a promotion at work. Once you start helping the sisters, you couldn’t stop.”

Riggins went on to become board treasurer and later board president. As Helen stepped back, he became the official volunteer executive director in 2015.

“Now we’re doing about 3,000 meals a week, both delivered and served in-house,” he says.

“We feed in-house on Wednesday and Thursday at 2. We’re here Monday through Thursday because we’re doing so many meals that we had to add two days on to get all the meals cooked.

“If you want meals delivered, you have to establish a need. We want to respect our volunteers who give of their time and gas. Many times social workers will refer people to us who don’t qualify for mobile meals, and we’re able to help them.”

Riggins says the biggest needs are money, a canned food drive and volunteers to come over. “On Mondays it’s kitchen work,” he says. “We’re cutting up vegetables, bread, putting desserts together. Some people don’t have a whole lot of time, so they’ll deliver for us on Thursday. A route just takes an hour. On Wednesday and Thursday we’ll have people come in and cook or help serve meals.”

To donate or volunteer, go to thelovekitchen.org. For more information, call 546-3248.

All around Knoxville, organizations and individuals are reaching out and giving generously—’tis the season.

Relax and Enjoy the Season