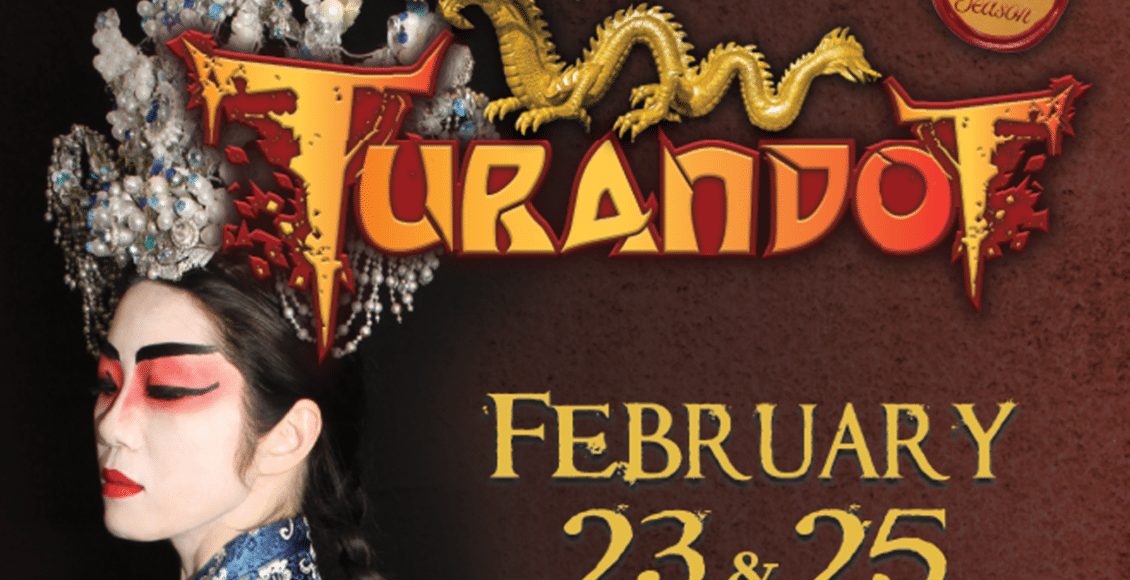 In the midst of celebrating its 40th season, Knoxville Opera opens its spring calendar with a performance of Giacomo Puccini’s Turandot, an opera that was left without its conclusion due to the composer’s untimely death.  Thankfully, one of Puccini’s colleagues was able to write the final scenes and give us an opera that has not gone out of production since it was first performed two years after Puccini’s death in 1926.

Based on a 12th-century Persian story, Turandot tells the tale of a coldhearted princess who has vowed to never marry. Any suitor who desires her hand can do so by answering three riddles, but the price of failure is immediate beheading. When the exiled prince Calàf sees the princess’s beauty, he is immediately entranced and undertakes the riddle challenge despite the protestations of his father Timur and faithful servant girl Liù. Will Calàf succeed where so many others have failed?

The opera hasn’t appeared on the Knoxville stage in fifteen years, but as Knoxville Opera Executive Director and Conductor Brian Salesky puts it, “A significant anniversary deserves a significant celebration.”

And a celebration it will be. Turandot has a ravishing score bursting with brilliant choruses and fiendishly difficult arias, including “Nessun dorma,” sung by Prince Calàf, and which Luciano Pavarotti elevated to iconic status.

Artistic director of Nashville Opera John Hoomes will stage direct, and Maestro Salesky will lead the Knoxville Symphony Orchestra and a lauded international cast of singers on the transporting musical journey.

Topping the bill is Canadian-American soprano Othalie Graham, who has received critical acclaim throughout North America for her interpretation of Princess Turandot. Tenor Jonathan Burton—last seen in Knoxville as the painter Cavaradossi in the innovative 2015 production of Tosca—returns to Knoxville Opera as Prince Calàf. Korean soprano Yunnie Park makes her Knoxville Opera debut as the servant girl Liù, as does bass Richard Zuch as the exiled King Timur.

Knoxville Opera is offering a number of accompanying activities to complement the performance, including pre-opera meals; opera previews hosted by Maestro Salesky for an in-depth look at the history, story, and music before the show; and an opportunity for students of all ages to take pictures with the cast on stage after the final bow.