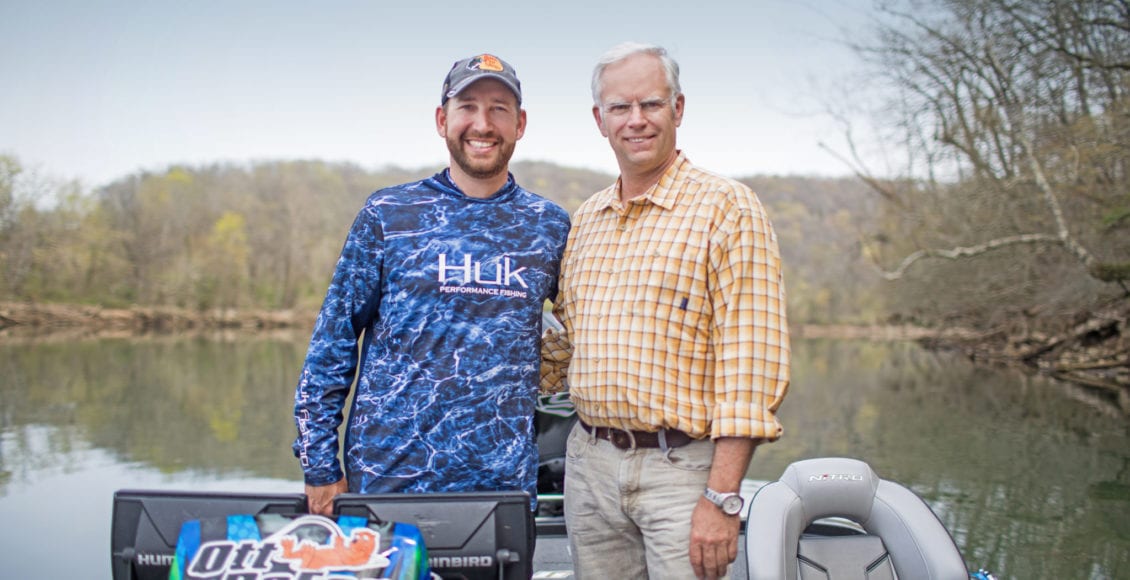 Spending the afternoon with Ott DeFoe on the Holston River stirred some great memories. As we were filming the interview, we spoke of his father teaching him to fish and what an awesome influence that had made in his life. I have so much respect for any father who takes his children fishing. I couldn’t help but reminisce about fishing with my dad and the impact it has had on me. So many memories of hours spent without interruption, just one-on-one time where you learned not just how to fish, but about proper etiquette and how to be a true sportsman. I use those tools that my dad taught me every day.

One particular lesson occurred while fishing on Kerr Reservoir in Eastern Virginia. Dad was a great fisherman but he never denied that his friend, Johnny World, caught more fish. When asked, Johnny always answered, “It’s not that I am a better fisherman, I just fish more than you do.” The truth buried in that lesson probably didn’t hit me right then, but the moment stuck with me. I learned that in life persistence really counts. Ott related that more than once he had won a tournament by not quitting early. Persistence doesn’t mean ignoring balance, we need that tenacity in all areas of our life.

Near the end of the day, Ott took me for a ride in his Bass Pro 1754 customized by Shallow Water Innovations. He claimed it would run full speed in really skinny water and I really wanted to see. Thirty miles per hour seems much faster in six inches of water with rocks shooting by than 70 mph running down the lake. The short trip gave time for a one-on-one moment. I asked if there was anyone he really wanted to fish with. His answer was perfect: “I would rather fish with my kids than anyone.” It was well said, and my respect for him as a father way surpassed my respect for him as the 2019 Bassmaster Classic champion.

I cherish every memory of fishing with my dad and relish every opportunity that I get to fish with my boys. Don’t make excuses. You don’t need a fancy boat, or for that matter much of anything except the willingness to spend some time building a connection to your family, friends, nature, and the Creator. Get out there and go fish!