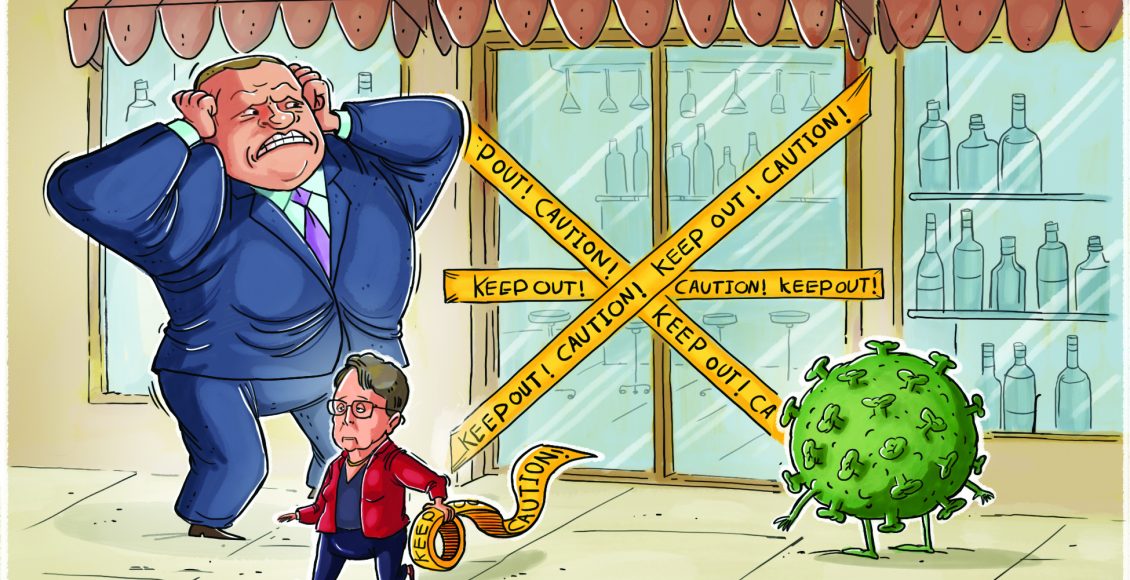 The county mayor is responsible for the operations of Knox County government—unless a health emergency prioritizes the ideas of a group of unelected individuals responsible only to themselves for their decisions.

Is it hard to follow who’s in charge around here? You bet.

There are four ways government at any level often approaches a difficult situation: “Here’s a problem; we need to do something about the problem; here’s something we can do; let’s do this!”

Existing state law was formulated to give direction on who is responsible for doing what during public health emergencies. It took COVID-19 to reveal the unintended effects.

As COVID-19 spread across the world, local residents were like everyone else in the country, jerked around like a yo-yo on a bureaucratic string. By August, Knoxville, Knox County, and the entire country had seen orders from every level of government on masks and closures to try to stem COVID-19.

Knox is one of six Tennessee counties with its own health board. The nine-member board is made up of ex-officio members Dr. Martha Buchanan, director of the Knox County Health Department; Knox County Mayor Glenn Jacobs; and Schools Superintendent Bob Thomas. Six representatives of the medical field, including a veterinarian, are selected by their associations, nominated and confirmed by county commission.

Advisory? In the pandemic, they’re not advising elected officials about what they could do; instead, they’re telling them what to do.

One example: On July 1, the health board passed a face mask mandate, requiring mask use in Knox County. Jacobs voted against the mandate. As he explained on social media, “I worry that one-size-fits-all mandates such as this set a terrible precedent for government overreach, are difficult to enforce, can cause conflict between the authorities and the public when enforced, and, as written, this order places enforcement responsibilities on private businesses.”

But in an emergency, state law enables the non-elected health board to move from an advisory to an executive role, rendering elected officials powerless—unless, of course, they agree with the health board.

“If it’s a business, they can shut it down. They can make people wear masks. They can make anybody do anything if they say it’s being done for the health and safety of the county,” one official said.

Knox County Republican State Rep. Jason Zachary attempted to get a bill passed in the last General Assembly session that would give county mayors the authority to make final decisions for the counties they run; however, according to the June 18 Farragut Press, it was derailed in the state Senate, a prime derailer being Knox County Republican State Sen. Richard Briggs, a physician.

Mayor Jacobs can fire Dr. Buchanan; however, that’s fraught with obvious political consequences; furthermore, from that moment forward Jacobs would be blamed for every bit of bad local COVID-19 news.

The board itself is beyond his reach: nominated and confirmed by county commission, board members can be removed for cause. That, too, is unlikely.

Knox County is in uncharted territory. In this case, it’s dealing with a law rife with unintended consequences concerning health department authority. The Knox County Board of Health can overrule or ignore the decisions, advice, or demands of elected representatives, and it’s accountable to no one but itself, regardless of how controversial, effective or onerous its decisions.

Meanwhile, it’s the citizens who wrestle with the consequences.