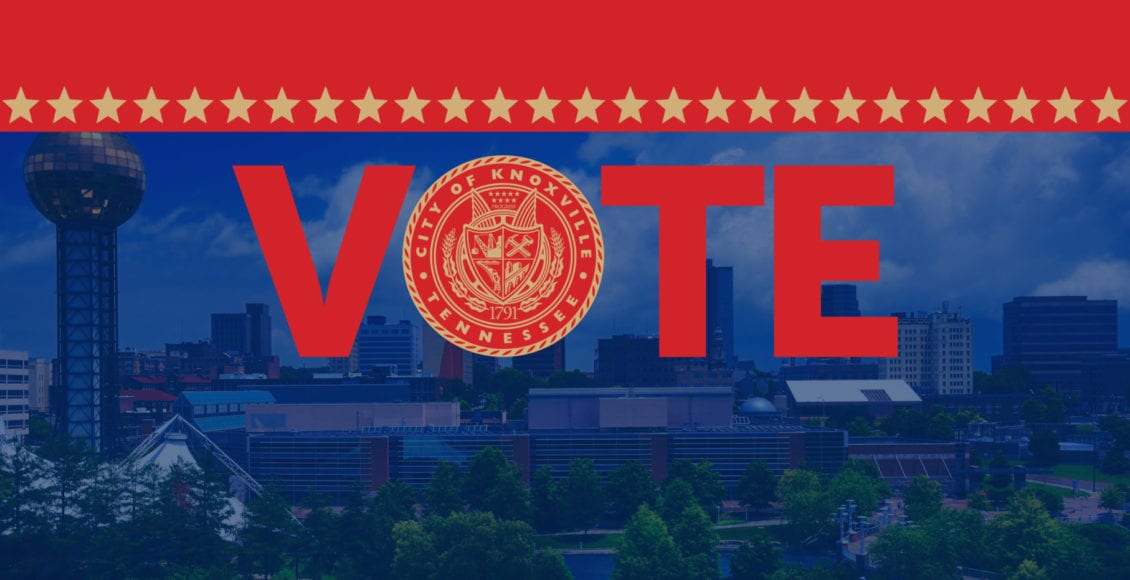 In August, perhaps November, Knoxville will welcome a new City Mayor.  Who it will be is anyone’s guess at this point; however, city voters have a vast array of personalities, backgrounds, and philosophies to choose from.  With six candidates in the race to the top, sands are sure to shift and tides will change along the way leaving some on unsettled ground and others riding high.

For the past eight years, the city has been under the watchful eye of Madeline Rogero.  Aside from being Knoxville’s first female Mayor, Rogero focused on creating strong, safe neighborhoods, living and working green, energizing downtown and creating and retaining jobs.

Soon, those tasks and many others will fall to whomever takes her place in late summer or fall.  Topics like the Recode Initiative, pension plan liability, an underutilized convention center, the homeless population, red light cameras, and much more are all matters in need of attention and resolution.

The issue of city leadership could be settled during the primary in August if one candidate receives more than fifty percent of the vote.  If that does occur, that person will become Knoxville’s new Mayor.  However, with six candidates vying for the position most pundits believe the race will have to wait to be settled in November during the general election.  There, the top two vote recipients from the primary will face each other in a winner-take-all scenario.  Reminiscent of the ancient games in Rome, many will enter the arena to test their courage, tempt fate, and cheat defeat but only one will be carried out on the accolades of their supporters and exit victorious.

The question remains, do Knoxvillians really care?  Are we more concerned with the availability of the new mocha, rapta-frapta chino flavor of our favorite latte than who wears the mantle of Mayor?  After all, one makes us feel really good and the other, well, maybe not so much.

We think Knoxvillians do care!  This is our city, our neighborhoods, businesses, livelihoods, and interests at stake.  That’s why we thought it was important to interview each of the six candidates and introduce them to you throughout the coming pages.  We asked each one of them the same set of questions and included the entire video interview below.

Get motivated.  Get informed.  Get involved.  Vote!

A Haven of Their Own