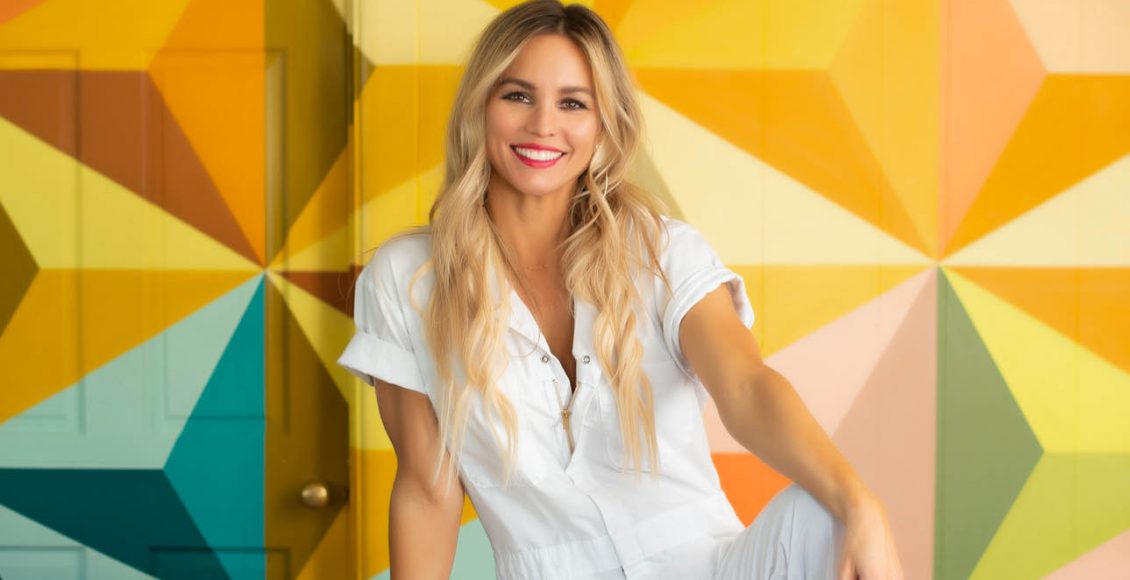 Knoxville native Mary Welch Fox had been looking for that big break. An interior designer who prides herself on bringing personality into homes, Fox has spent the last decade-and-a-half honing her craft and building her brand: Mary Welch Fox Design. From Colorado to New York City, then over to Chicago and—as of 2012—Charleston, South Carolina, Fox feels at home as an interior designer. Little did she know that her big break was on its way.

In 2017, she received word that two old classmates suggested her for an HGTV series. Now with seven Charleston-based episodes of her new show, Breaking Bland, under her belt, Fox (also a wife and mom of two) is awaiting a release date. With 2020 being 2020—and I’m not talking about hindsight—the show’s debut was pushed to 2021, but upon airing, will give viewers a glimpse into how Fox combines client personalities and her own personal creative artistic ideas, making this home renovation show different from the rest.

Marc Anthony: I always wonder about the people on design shows and if they’re messy, yet want to clean up other people’s stuff. Did you have a messy bedroom as a kid?

Mary Welch Fox: Well, I am an artist at heart, so yes, sometimes. Cleanliness is something I had to train [myself in], for sure.

MA: Tell me about the show.

MWF: The premise is to go into a family’s home where the family wants to do something different from the norm. I want to infuse their personality into their space to be uniquely theirs, not the run-of-the-mill, contractor-grade renovation.

MA: Tell me about your Knoxville connection, born and raised here? Is this where you got the nicknames ‘Mow Wow’, ‘Melchie’, and ‘Welcher’?

MWF: How did you know all those?

MWF: Apparently! Yes, I’m born and raised in Knoxville, and most of my family still lives there. I spent the first 18 years of my life there.

MA: How did you get discovered?

MWF: I grew up with Angie Jedlicka, and she works for RIVR Media, which is based in Knoxville. She and I were best friends in middle school, and we went to different high schools, different colleges, and our lives went separate directions. But she and another friend of mine, Stephanie Ellis, both had mentioned my name to do a screen test to see if I would be a good fit for television. It was dear friends from growing up that teed me up and put me in this incredible position.

MA: Speaking of screen tests, you wanted to become an actress?

MWF: I did study acting and theater at the Lee Strasberg Institute in New York in my twenties. I don’t consider myself an actress; I’m an interior designer that likes to be on TV.

MA: Even though the show is based in Charleston, South Carolina, the crew that you have with you is a Knoxville-based crew?

MWF: A lot of Knoxville people came out to help film the pilot and the producer was from Knoxville. So it’s an all-Knoxville crew [which] made filming feel so much more at home and easy and special. It was nice to be surrounded by people from home.

MA: What was it like filming Breaking Bland, sending the homeowner away and then seeing their reaction to your renovation?

MWF: Oh God, I cannot explain that experience. I cried every single time. It’s the coolest experience I have ever been through to be able to make the best gift in the world for somebody, which is also terrifying because they haven’t been able to see it throughout the process.

MA: Anyone kind of shrug their shoulders and say, ‘nice try’ or was everybody happy?

MWF: No. Hopefully, everybody was happy!

MA: It’s not every day that you have the chance to be on television, so how did you balance both the TV show filming and your business as an interior designer?

MWF: Balancing both was one of the biggest challenges of my life. Often the cameras would stop at 5 p.m. or 6 p.m. and I’d go straight to work for myself. Any days ‘off’ were dedicated to the show and maintaining my business as well. To say I was tired when I was done would be an understatement.

MA: How real are the time constraints that we see on docu-design type shows like yours? Any missed deadlines?

MWF: The time constraints are very real. There were a few missed deadlines that sometimes have to happen to ensure the build is done properly, but make no mistake about it: TV design/build is way faster than real life design/build. Also, I’m technically an interior designer. Interior decorators tend to just work with the interior decor. I have a degree in interior design, interior architecture, so my job is mostly centered around the interior architecture of a home. The decor is just the finishing touch.

Breaking Bland is one of 16 new series coming to HGTV. Fox’s show is described as being part of a new wave of TV shows coming to the network that “inspire people who want to reimagine their homes,” says Jane Latman, President of HGTV. “We’ve locked in a solid lineup of creative, innovative, and entertaining programming with design experts who are pushing the envelope with their distinct point of view.”