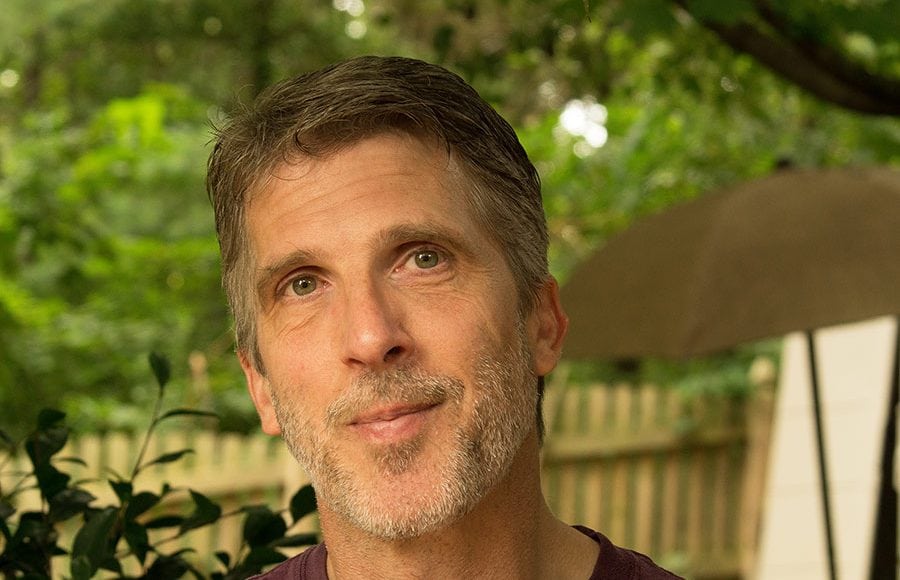 Hello. I’m new here, and since most of you reading this have been opening the pages of Cityview longer than I’ve been sitting in the editor’s chair, it is only fitting and proper that I introduce myself. If you already know me, it may be because I stood in front of a community college classroom for over 20 years, or perhaps because you saw me give a public lecture or sing about dragons or tell ridiculous stories on stage. I’ve lived in Knoxville since the late 1980’s and have worn a few hats. Or maybe our interaction has happened more recently and I’ve talked to you about hops and served you a beer or two. Regardless, it’s good either to see you again, or to meet you for the first time.

I’d like for us to spend some time thinking together—exercising our imaginations for the betterment of the place we call home.

Our current political and cultural environment is often defined by a flagrantly exercised group think disguised as individuality. You know what I mean: what our group says is all about being free independent thinkers while what their group says reflects their existence as little mindless robots. This happens over topics ranging from politics to peanut butter and it happens all the time.

In this landscape, my thoughts have been returning to “Self-Reliance,” an essay by Ralph Waldo Emerson. One of my favorite phrases from it is this: “for non-conformity, the world whips you with its displeasure.” I like it because it feels right on the money.  When I first read it years ago, my assumption was that “the world” meant my sworn enemies, like that kid Stevie on the bus in elementary school who kept thwacking me on the back of the head with a ballpoint pen. But he wasn’t doing it for my non-conformity; he was doing it because he was a bully, and he could. There’s a difference.

No, the world Emerson is talking about is made up of the people who assume you’ll continue to think like they do—the folks you hang out with, or talk shop with, or work with, or go to school or church with. Those folks. It’s their displeasure Emerson is talking about. He knows what he’s talking about. Emerson had started out after college as a minister, but after addressing the graduating class of the Divinity School of Harvard, his alma mater, on the problems of a slavish devotion to religious doctrine, he wasn’t invited back for thirty years. He’s not trying to comfort you or give you advice on how to best cope with the displeasure of others; he’s saying that they will whip you when you don’t conform to what they expect of you. In fact, earning their displeasure is part of your job as a self-reliant person.

Self-reliance isn’t about being able to fix your own car or operate some phone app on the first try or survive in the woods for a week; no, for those things you need education and experience and money. Self-reliance is about being able to think as an independent person without immediately echoing the voices you hear around you every day. Self-reliance is not an expression of narcissistic self-interest; it’s not selfishness. Rather, it is establishing an aggressive habit of thinking critically for oneself, a habit that is sometimes difficult to teach and practice in this world.

When I was a young man of six or so, I saw my dad come home from a deacon’s meeting at our church. He looked exhausted and punch-drunk. As a child, my reaction was visceral: “Dad, what’s wrong?” I cried. “Sometimes, Keith,” he replied, “old ideas just need to pass on.” He’d been fighting with a world of entrenched ideas and getting whipped by its displeasure. But he wasn’t unhappy and he wasn’t beat. He was showing me self-reliance, convinced of the power of his imagination.

We are equally given the right to think, and to dream, and to grasp the world with our imaginations in new ways. But let us not confuse that with Googling for answers or immersing ourselves in entertainments. There is a joy one gets from watching or listening to whatever entertainment is available in this world of immediate gratification. But it is just that. Immediate, derivative, and over.

Read voraciously and ingest as much information as you can, but after that, take care to cultivate your own individual imagination. And then let’s talk. I’d love to hear from you. The interaction between the editorial voice of a publication and the reading public is an important and enduring stalwart of our democracy.