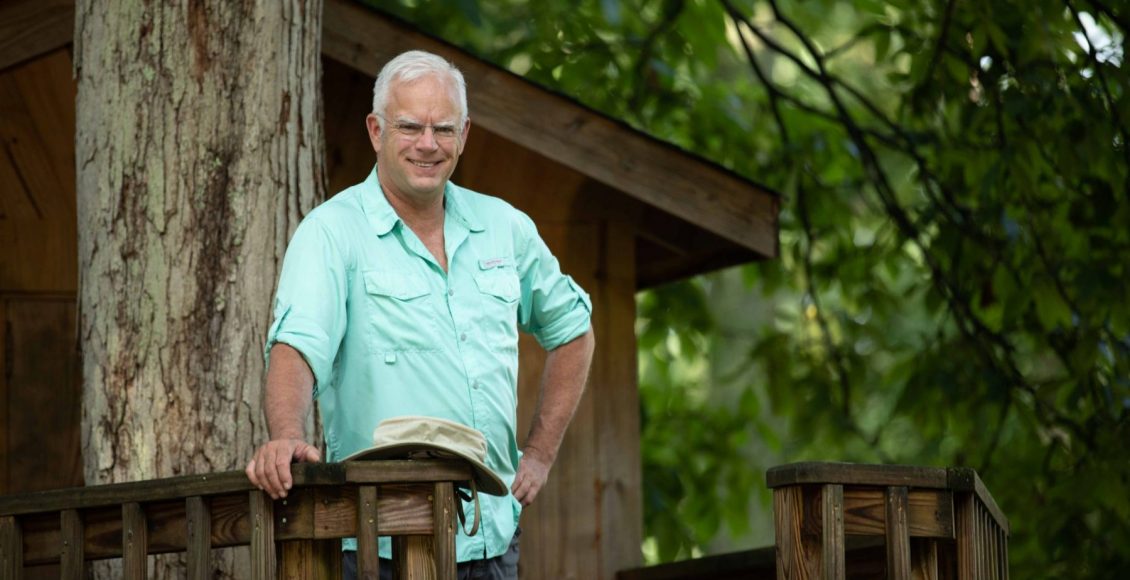 I started hunting and fishing with my father around age 6. I have so many fond memories of those trips.

Sometimes we would drive up towards Meadowview, Virginia, and on the way, would stop at this old country store. Places like this were part of our ritual when we were going hunting or fishing. To my father, the interactions with the locals were as important as our activity. That was fascinating to my young mind. I would listen intently to his conversations imagining there was some sort of secret meanings to some of the things adults said, all the while silently hoping for a piece of candy or a small plastic toy truck, and if I was really lucky, a pickled egg. The anticipation of watching the man at the counter take that long silver spoon and slip it into the enormous jar filled with pickled eggs swimming in that red brine was a treat in itself. On days when Mom had not packed our lunch, we would get a fried bologna and cheese on white bread from the meat counter at the back of the store. Those stores were such fun to explore, part grocery, part hardware, part gas station, and always a little fishing gear or a gun or two, a virtual cornucopia of visual delights, I soaked it all in, always anxious to find some hidden treasure. Oh, those were the days. Then we would be off to a cornfield for a dove hunt or out to Edmunson Lake for some fishing, it never mattered to me as long as we were together.

Dad always made a point to stop before we ventured onto someone’s land to let them know we were there and double check to make sure it was OK. He was certain to ask if there was anything we could do to help, always willing to set aside our adventure to help the farmer. He was grateful for the opportunity to be allowed onto the land and always willing to give back.

On hunt days we would sit under a power pole in the middle of the field, using the scrub growth as a blind. I would happily build imaginary roads and towns in the dirt with the toys from the store while waiting for Dad to shoot. Mostly in those early days, I acted as the retriever for the downed birds, but occasionally a dove would light on one of the wires, and I would get a shot with my BB gun. I am pretty sure I never hit one, but the sound of the BB gun would flush the bird from the wire, and then Dad would shoot. He always told me I hit it first and that he just finished it off, I knew it wasn’t true, but it made me feel good just the same.

As we would leave for the day, my father would stop by the caretaker’s home and offer whatever game we had taken that day to the caretaker’s family. Mostly they took nothing, but the gesture meant a lot to the landowner and the caretakers. One particular day, after a successful dove hunt, the caretaker must have seen us driving across the field towards the gate. This day the tables would be turned as the caretaker would offer to share his bounty. With a thick country accent and a warm smile the caretaker spoke through the window of our International Harvester Scout. “Hey Richard, why don’t you and your boy come in and have a little stew? I killed a possum and the wife cooked it up real nice.” I had never seen a look like that on my dad’s face as he did his best to graciously decline. We laughed about that for years.

There was never a shortage of places to go on those days. People welcomed you onto their land and into their homes, but that was then. Sadly, finding a place to have that sort of experience now is much harder. So I called my friend Bruce Fox, an accomplished sportsman in his own right, and asked for his recommendation. And that is how I came to meet the man who graces our cover this month, John Burrell. That experience reinvigorated something in me that my father had taught me long ago about the importance of our relationships with our fellow man. John’s generosity opened the door to being able to share stories about the sporting life with the hope that something we share might spark a desire in you to more fully embrace nature and all it has to offer.

Dad was always willing to give anyone, including a total stranger, any help he could offer. That spirit of generosity was always greeted with gratitude, and that lesson is one we could all stand to apply more frequently. He never spoke a harsh word while we were on those adventures. He loved the sporting lifestyle and cared deeply for the people with whom he shared his adventures. I thank God for my friends who remind me through their kindness of my dad, and for men like John who have made it their life’s mission to help others enjoy the beauty of the sporting lifestyle.

And as we begin the new year, and the pandemic begins to pass, perhaps we once again can experience more robust and meaningful social interactions. Let us take time to be thankful for what we have in life, especially each other, and at every opportunity give generously. Hope to see you out there.