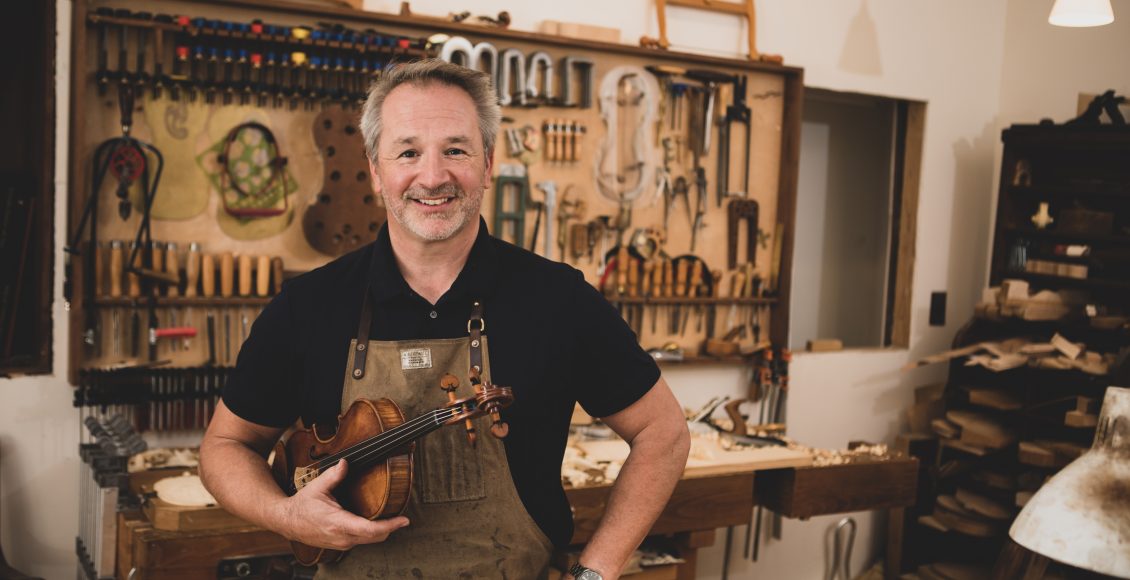 Knoxville’s award-winning luthier says the time of pandemic has been the most productive period of his working life. It’s also been one of the most challenging.

Kelvin Scott builds violins, violas and cellos in his shop in Mechanicsville. Normally, his client waiting list is a year long; musicians around the world seek out his instruments. But in the time of COVID-19, that list has shrunk.

“COVID has had a massive impact on the music community. It’s restricted the ability to perform, closed orchestras and dramatically redefined the way people study music in college. The trickle-down effect has been bad for makers,” he says.

“Still, my process doesn’t change much; the work is always there. And there are glimmers of hope,” he says. “Four people have recently joined the waiting list, and three are new clients. I’m still able to create instruments that will find homes one day.”

A master violin maker, Scott has been a luthier since 2000 and based in Knoxville since 2003. Winner of several international competitions, Scott joined a select group of luthiers in 2012, receiving the designation Hors Concours or “above the competition.” He is no longer eligible to compete.

Scott typically makes about a dozen instruments a year, “depending on if I make a cello or not,” he notes. All his instruments cost well into five figures, ranging from $21,000 to $40,000.

The process from start to finish involves detail and precision. After building the instrument in about three or four weeks, he suntans with ultraviolet light to darken the wood — another three-week process. Applying layers of varnish takes another few weeks.

Being a violin maker offers a very appealing lifestyle, Kelvin says, but it’s a challenging occupation. “I am a chemist when I cook varnish. I have to be willing to travel to eastern Europe and Italy and Germany to source wood (though that travel has stalled for now). I study violin acoustics. And I have to embrace physical craft work; there’s no escaping the thousands of tool strokes it takes to create a quality instrument.”

Still, it’s that old-world commitment to craft that he values.

“We live in modern times where things are stamped out of plastic. There is real gain as a society from people making things that machines can’t duplicate.”