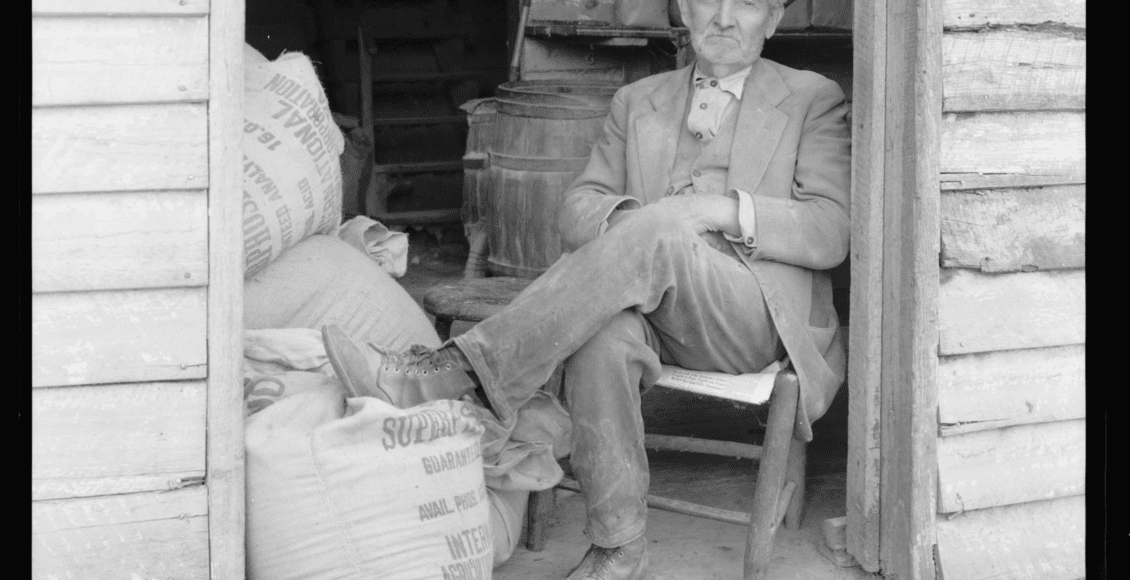 If you’ve been around any old men lately, you may have noticed that they can be exceedingly grouchy. What it is about old guys? The older they get, the harder they are to get along with. They complain about everything and everybody, and I fear that it’s beginning to rub off on me.

As a lawyer, I spend a lot of time around grouchy old men, and I believe that when they get older they reach a tipping point when they have seen so much everything becomes a “been there, done that” moment causing them to reject anything that’s new or unfamiliar.

Now, I might be considered old by some people, but I have a sweet and charming personality. I’ve always tried to be patient and understanding of life’s annoyances and tolerant of my fellow man—and woman. I’ve always enjoyed the diversity of people and their habits and love to laugh at awkward situations and the nuisances of daily living—that is, until lately.

I’ve been compiling a list of things I’ve come to despise and that I try to avoid at all costs. Kind of the opposite of a bucket list. I know you can’t wait to learn what drives me up the wall.

Nonsensical Expressions: I don’t like people who say “tipping point” and things like “been there, done that.” Does it bother you when you tell somebody something and they reply with “no problem”? But the worst of all is people who say “…and then we’ll go from there.” It occurs to me that these people have no earthly idea what the plan should be “going forward” (that means in the future). They just know that something will be tried and what happens next is anybody’s guess. And have you noticed people trying to soften an offensive statement or rude remark by adding “just sayin’”? There’s nothing more irritating unless it’s one of those political apologies that is so insincere it belies all responsibility—“you know what I mean”?

Self-Checkout: It seems to me that stores are trying to force us to shop without assistance and then check ourselves out. The number of cashiers is dwindling and the number of lanes for self-checkout is growing. Don’t think I haven’t noticed. Soon there will be no employees in the stores, just customers roaming around helping each other and answering each others’ questions. I am against scanning my own purchases and paying without human interaction. If a store expects me to check myself out, I’m entitled to a paid training class and an employee discount. I need a cashier to entertain me with their personal observations and analysis of my life based purely on my purchases. “Looks like somebody’s going to have a picnic,” or “ole lady must be out of town” (I bought one steak and a potato). You’d be shocked at the speculations I get from the cashier at the drugstore.

Little Black Cars: Have you noticed that loud little black cars are taking over the roadway? They zip by going twice the speed limit and then cut you off when they jump in the lane in front of you. Where are these cars coming from? Most of them are real loud with large exhaust pipes, and when you pull up beside them at the next red light to see what the idiot looks like, the windows are all tinted black and you can’t see the driver. These black bugs, and potholes from 1995, are making my commute miserable.

Waiters: I keep getting waiters who feel they should reinforce my menu choices. If I order a hamburger and fries, they apparently feel they have a responsibility to reassure me by telling me what a great choice I’ve made. Actually, it’s not a stroke of genius on my part, there were three sandwiches on the menu and fries and onion rings were the only sides. Recently, at a Chinese restaurant, the waiter announced that everyone’s choice was amazing! When fortune cookies were offered, I took one, which he again thought was amazing!

Just Let Me Get Close: Okay, sometimes I have trouble remembering names. Who doesn’t? But when I’m struggling to recall a name, I need people around who will reinforce me and accept my effort if I just get close. My wife understands that when I say “like Huckleberry in the movie,” I’m trying to remember Forrest Gump. Everybody should know that when I say Al Pacino, I really mean Robert Di Niro, and that the lady in that tower in our kitchen is Alexa and not Elaina. I’m sorry, but I still call the microwave a radar oven. It just feels more natural to me.

Product Confusion: Stores could make it easier on everyone by helping us find what we need. Why don’t grocery stores put Jiffy Cornbread Mix with the cornmeal and flour? They put it somewhere else and call it Jiffy Muffin Mix and don’t even mention the word “cornbread.” My wife sends me after Jiffy Cornbread Mix, and I’ve had to call her from the store twice in the last year to ask where to find the Jiffy and can the muffin mix be used to make cornbread. I’ve learned there’s no such thing as Jiffy Cornbread Mix. Oh yeah, and what about Velveeta cheese? I eat a lot of that, but I can never find it in the store. I begin at the cheese counter and walk aimlessly through the aisles. Last time I found it somewhere near the pastas. Do you know where to find bread crumbs? Well, don’t waste your time looking in the bakery or in the bread department.

Drive-Thrus: Does every drive-thru in Knoxville have a broken speaker? I can’t understand the person trying to take my order, but it sounds like they might be trying to suggest what I should eat, probably because they are overstocked in that item. It’s hard for me to make myself understood talking into a speaker that was last repaired by Colonel Sanders himself. Every time I drive to the serving window, there has to be a great order clarification.

Loud Commercials: Did you ever notice that commercials on TV are recorded about six decibels above the show you are watching? I’m told I play TV loud, but when a commercial comes on it even blows me out of the room. There ought to be a law against car dealers who scream about the cars and their prices in TV commercials. My TV blares out, “When they’re gone, they’re gone.” Now, what does that mean? (See “Nonsensical Expressions” above.)

Waiting to Park: Does it bother you when you are trying to find a parking spot in a crowded lot and a driver gets in his car and won’t start it up and back out? You know they’re going to leave, and they know you’re waiting, but they torment you by making you sit and wait. It should be understood by everyone that when you get behind the wheel, you have to leave. Actually, on second thought, there is really no reason to be in a hurry to park in commercial lots around town because the lanes are so narrow the car next to you prevents you from opening your door to exit. I try to park with a vacant spot on my left so I can get out of the car. Of course, when I return I may not be able to open my door to reenter.

Movies: What has happened to movies? I can’t seem to find one calculated to appeal to me. Every movie is filled with what my grandson explained are Transformers—giant metal robots that turn into pickup trucks. Everything blows up. And when I do find what I expect will be a good one, the story, or the acting, or both are lousy. Bull Durham is the last movie I really understood.

Doctor’s Offices: Why in the world do you have to repeatedly fill out all those forms at the doctor’s office? They ask for the same information on each form, and they don’t ever read them anyway. I can understand forms on the first visit, but why do you have to do it over and over again? I used to complain about never being seen by the doctor and only by his or her assistants. Lately, I have learned that many nurse practitioners and physician’s assistants know more than the doctor anyway, and they have a far better sense of humor.

Breaking News: Allow me to explain something to the news networks. It is no longer “breaking news” when the story has been on the air since yesterday.

Into the Eye of the Storm