Into the Eye of the Storm 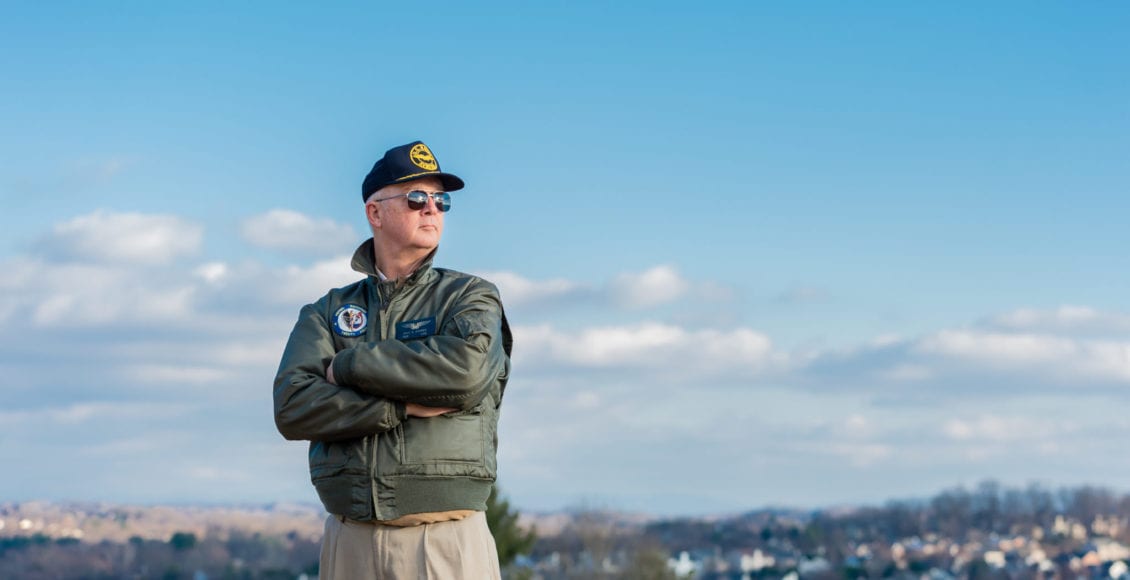 Knoxville resident Paul Soares served 3 tours of duty in naval aviation. He spent one year as a command center information officer on a WC Superconstellation, where he operated radar systems to guide pilots into storms or, as he says, wherever they needed to go. Later in his career, during two tours as tactical coordinator on the P3C Orion, he began guiding pilots to observe other threats, like Soviet submarines.

When Soares was in school at Providence College, the draft was in place and he had a decision to make. As Soares notes, “where I grew up in Rhode Island was very close to Newport, which had a big naval base where I had a lot of friends. It was kind of a foregone conclusion that I was going into the Navy.” After a time in the reserve training program, he met a recruiter for aviation, and, having decided to become an officer, applied to and was accepted into the program. Soares graduated from Providence College in 1966, then went to Aviation Officer Candidate school in Pensacola, receiving his wings in 1967. He was off to chase the weather.

Keeping track of the weather and searching for storms that may threaten shipping or the coast is, as Soares says, “boring interrupted by a lot of turbulence.” Which wasn’t so bad, notes Soares, “because you’re down below the cloud base and a lot of the turbulence is above you. You get a ground effect where the winds would push you up, not pull you down. We would also penetrate a storm by circling into the eye, looking for the lightest rain bands and where the eye was open.”

As a hurricane hunter, Soares was in charge of all radar systems on board, where he assimilated data that came into his radar scope. When approaching a storm, the onboard meteorologist, who manned a bubble in the back of the plane and was always looking at the surface water, was key to making decisions. They would determine the diameter of the storm and if it looked like they could penetrate, the pilot would drop down to less than 1000, below the clouds, and, Soares relates, “the meteorologist would be hanging out and giving info to the pilot and guide him into the storm. If we were in heavy clouds and I couldn’t see a clear way to go around, we would coordinate that with the pilot to get into the storm. You go into the eye of the storm, circle around, get information, and then punch out at 10,000 feet.”

In August 1969, Soares experienced what at the time was the most destructive storm to strike the gulf coast: Hurricane Camille.

The storm developed as hurricanes typically do, as a tropical wave coming across the Atlantic. After it began to form into a more structured  storm, the first crew of hurricane hunters were sent to investigate. Near the Cayman islands, they discovered how intense and how fast it was developing. “It developed probably faster than any storm I can remember,” Soares says. “It grew so intense that when we [Soares’ crew] got down there, six hours later, the winds were in excess of 120 mph, and the eye was so small we couldn’t penetrate. It acts just like a giant tornado. None of the other storms that we penetrated that year were anywhere near that.”

Soares’ crew couldn’t measure the actual barometric pressure of the center of the eye, so they dropped buoys around it to measure surface winds, temperature, and other critical data.

Originally, the National Hurricane Center in Miami predicted the storm was going to track toward Apalachicola, Florida. However, from their perspective, the hunters saw that it wasn’t bending or turning westward. It took hours for the hurricane center to catch up to what the hunters were seeing. “At the time they were using maps to predict the track of storms,” says Soares. “Now their predictions are much more accurate because of all the data that they’ve compiled over the years. I guess you might say computer tracking was in its infancy back then.”

At the end of their tour, Soares’ squadron received an air medal for penetrating so many storms.

After his tour of sea duty as a hurricane hunter, and a stint of shore duty as an instructor, he began training on the P3C Orion, first as a navigator then as a tactile coordinator, in control of everything from the cockpit back, including personnel operating radar, conducting surface searches, and monitoring sonobuoys for sonar evidence of submarines. “All those people back there I coordinate with,” Soares says. “If we hear a noise, we drop sonobuoys, try to locate what it is, try to see what depth it is, what speed it’s at, if it’s Soviet or if it’s something else, and so forth.”

Sub hunting wasn’t the only thing Soares did when on the P3C.  “We did a lot of other airborne early warning stuff too, like fleet exercises,” Soares notes, “We worked with the Apollo missions on booster recovery.”

However, tracking the Soviet submarines was “pretty intense,” Soares says. “We didn’t want to be the crew that lost them. You would try to drop a sonobuoy on top of them: a Lofar buoy, to give general area, and then a Difar buoys to give you direction. Then you would try to cross them. When you get a cross sound, and this is all by sound, you could discover the track. You would start dropping buoys they would have to drive through. We were confirming other information, but I can’t get into details.”

The US Navy tried to keep track of all of Soviet submarines on the oceans at all times. If you lost it, you had to find it. And to find it, Soares say, “you would get down low, really low. I’m talking 100 feet above the water. We had a magnetic anomaly detector like a stinger off the back of the P3. If you went over the top of a submarine, that thing went crazy. During the Cold War, that was a “kill.”

Soares didn’t actually see a Soviet sub, “but you heard a lot of them and tracked a lot of them. Let’s put it that way,” he says. “The most exciting thing during that time period was the Yankee submarine that surfaced in the middle of the Atlantic. It had a radiation leak.”

The squadron would track the Soviet fleet as well. “I can picture it to this day,” Soares details. “My bubble was right behind the cockpit on the left side. We would do a complete aircraft box around the ship and take photographs. Then we had these big guns following us. It was not a good feeling.”

The submarines knew they were looking too. “And they would do crazy stuff,” Soares says. “They would do crazy Ivans,” a maneuver popularized by Tom Clancy’s Hunt for Red October, where a submarine makes a sudden turn to face any followers.

When asked how close Soviet submarines got to the continental U.S., Soares gives a slight smile and says, “too close.”

Promoted to lieutenant commander before his third sea tour, and to commander during his final years of shore duty, Soares has pursued a variety of interests after his 25 years in service. He keeps up with current hurricane tracking activity and aviation developments. But a love of cars and a history of building models for his father’s camera and hobby shop came together to lead him to his current fascination: collecting Matchbox and Tonka toys. Currently, he has half a garage and an attic full.

He has a real collector car as well, a 1979 Cadillac Seville. “It’s fire-mist green with a green vinyl roof and a dark green leather interior,” Soares says with the same smile and glint in his eye that he has when talking about flying into a hurricane.