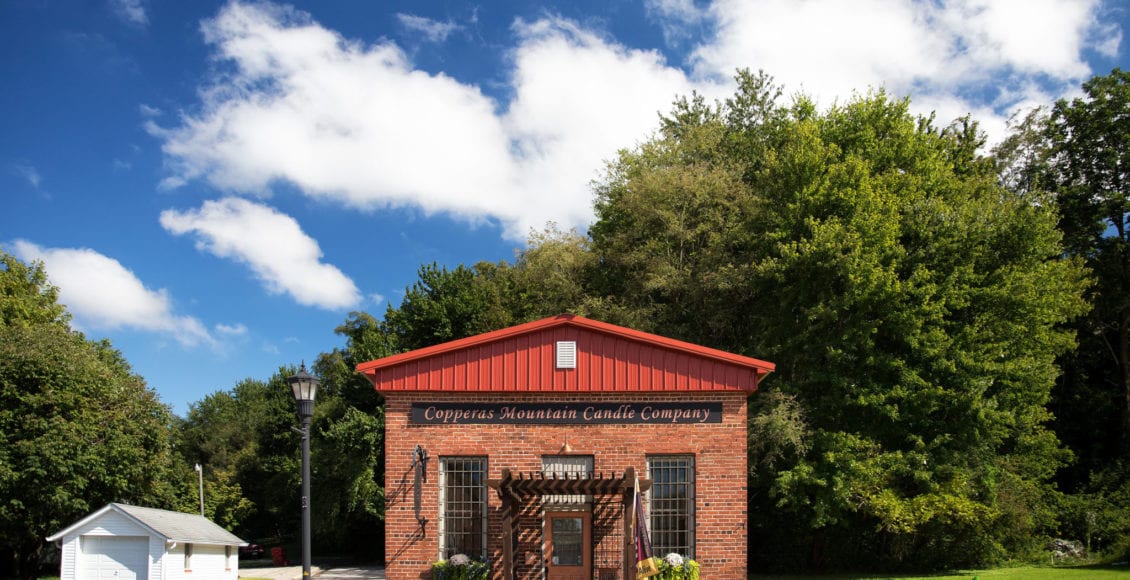 Just two hours drive up I-75, on the southern edge of Madison County, sits the town of Berea, Kentucky. It is a charming place, where you can find great people, fine conversation, a nice meal, and one of the most vibrant crafts communities in the region. Indeed, the town overflows with such artisan skill that top-notch handcrafted work isn’t just available, it’s affordable. A day trip to Berea is worth it: body, soul, and pocketbook.

The town grew around Berea College, which was founded as the first interracial co-ed school in the South before the Civil War. It was started in 1855 as a cooperative effort between missionary John G. Fee and abolitionist landowner Cassius Marcellus Clay, with the purpose to educate blacks and whites, women and men together in the same room. They would live, work, and learn side-by-side.

After the Civil War, the college continued to educate folks, and today they cater to students with high academic potential, but challenging economic circumstances. The interesting thing is that you cannot pay to go to Berea College; you have to work. This creates a self-starting, entrepreneurial ethos within the college, one which translates into the community.

This spirit of unity and togetherness has remained as a belief buried deep in the psyche of the place, and held openly in the speech of its people. The Rashids, owners of the Knights Inn just off the interstate, are a fine example of how the town, arts community, and college come together. On one exterior wall of the inn, a large mural of wings greets visitors—a reminder and reinforcement that, even on a budget, the traveler will encounter the artisan soul of Berea in nearly every business they visit. The mural is part of the “Murals for Berea” project by “Let’s Grow Berea,” a local, member-led group devoted to promoting the town as a vibrant, welcoming place.

Once you’ve taken the Exit 76/Chestnut Street, you’re just a couple minutes’ drive from the areas where you’ll probably spend most of your time: Artisan Village, Chestnut Street, and College Square.

Artisan Village is located on a section of Broadway, a block off Chestnut Street on the left as you’re driving into town. Google the Berea Welcome Center and you’ll find yourself standing in the middle of the village. Artisan Village is a relatively recently moniker; the area used to be called Old Town. Either phrasing will get you there.

Connie Mondine, Berea’s Director of Tourism, notes that the building the Welcome Center is in, the old L & N Railroad train station, has been central to the Old Town Artisan Village since its rise in the 70s and 80s. “When passenger service quit in 1968,” she says, “the area just sat idle, until a blacksmith came in and said ‘I want to revitalize this area into an artist village.’ So he set up shop and other folks continued from there.”

A little time in the Welcome Center/L&N Station will give you a proper feel for things—then you can roll on out onto North Broadway and take a long tour of the shops. You could easily spend a half a day here, roaming in and out of the various storefronts devoted to a melange of craftworks, including soap, candles, fiber arts, pottery, woodwork, furniture, fine art, jewelry, and on and on. Many of the stores also feature on-site artisans. Some even offer lessons.

Anchoring the street is the Kentucky Guild of Artists and Craftsmen, an organization started in 1961 out of a relationship between the state and Berea College. As Jeannette Rowlett, Executive Director of the Guild, tells it, “There was a lady who was a ceramicist out of Louisville by the name of Virginia Minish and she knew the people from L&N Railroad. She had always wanted to get some kind of mobile art vehicle to travel the state. So when she was talking to some of these folks, the guy who owned L&N at the time said why not a train? So that was the seed that brought about the two train cars that L&N Railroad gave to the Guild.”

For six years, L&N carried those train cars all over the state, wherever they could “find a spur to drop it,” as Rowlett says. “One was a demonstration car, and one was an exhibition car. The community and the school kids came out and they taught them a craft. They showed it, taught it, and let the kids participate. Every time that train went out it was something else. It could have been blacksmithing, pottery, quilting, basket making….”

In the early days, the Guild was the only game in town if an artist wanted to be part of a premier group. Now, there’s arts on every corner in town. The Guild has played no small part in that, keeping the arts alive in the town and sharing its mission to succeeding generations.

There is plenty to keep you busy in Old Town, enough to head into an afternoon, especially if you duck down Adams Street and have lunch at Apollo Pizza. The crust is fantastic, the topping combinations inventive and tasty. The Green Hippie is a fine creation of pesto, chicken, and feta. It’s a great spot to get a pint of Country Boy beer without heading all the way into Lexington. A little further down Adams you can find evidence of Berea urban farming, a project of local non-profit Sustainable Berea.

After some time in the Village, you should head on down Chestnut toward the College. You’ll pass some great antique shops and a bookstore favorite: Robie Books. And a couple of doors down, one of the best restaurants in town: Noodle Nirvana, where you can find some incredible Indian, Chinese, and Thai noodle dishes. It’s a made-from-scratch noodle bowl restaurant that both highlights and hosts a local non-profit each year. It tastes good and feels good to eat here.

College Square itself is a combo of college buildings, offices, college-owned business, restaurants and artist shops and galleries. Boone Tavern, built in 1909 by the college’s woodworking department using bricks crafted by Berea students, is owned by the college and features many furnishings made by students over the years. A night or two in the Tavern is exceedingly comfortable. The hospitality is warm and inviting, and the dining outstanding, with menu items featuring ingredients from Berea College Farm. Tucking into the Sunday brunch buffet is a luxury.

On the square, Log House is the oldest craft gallery in town, coming in at just over 100 years old. It serves as the premier showcase for Berea college student crafts and also displays work from other regional artists. Across Main Street is the Berea College Farm Store, where you can shop for meat, dairy, and produce from one of the oldest student educational farms in the country.

At the intersection of Center and Short streets on College Square, hangs a simple sign that reads “Warren A. May—Woodworker.” The sign is an exercise in understatement. It denotes the facts, yes, but it misses the essentials you understand upon entering the shop. For 40 years, Warren May has been making furniture and dulcimers from native Kentucky woods. The majority of the work is done at the workshop on his farm, but some of the finish work is done in the store here on the square. You should really schedule your visit for the afternoon, when Warren is in the store cutting dulcimer sound holes and stringing the instruments. It is a special experience, and it’s not too difficult to get him to play.

Berea is a hard town to leave. As I was heading out toward Lexington after a stop at the Kentucky Artisan Center, an excellent gallery just off the interstate at Exit 77, I was feeling peckish and decided to investigate a recommendation: Hitz BBQ. Close by a Motel 6, it doesn’t look like much. But the food? Oh my. It’s the kind of place you time your travels to. Don’t miss the pig candy.

And don’t miss Berea. It’s not a place you visit just once.