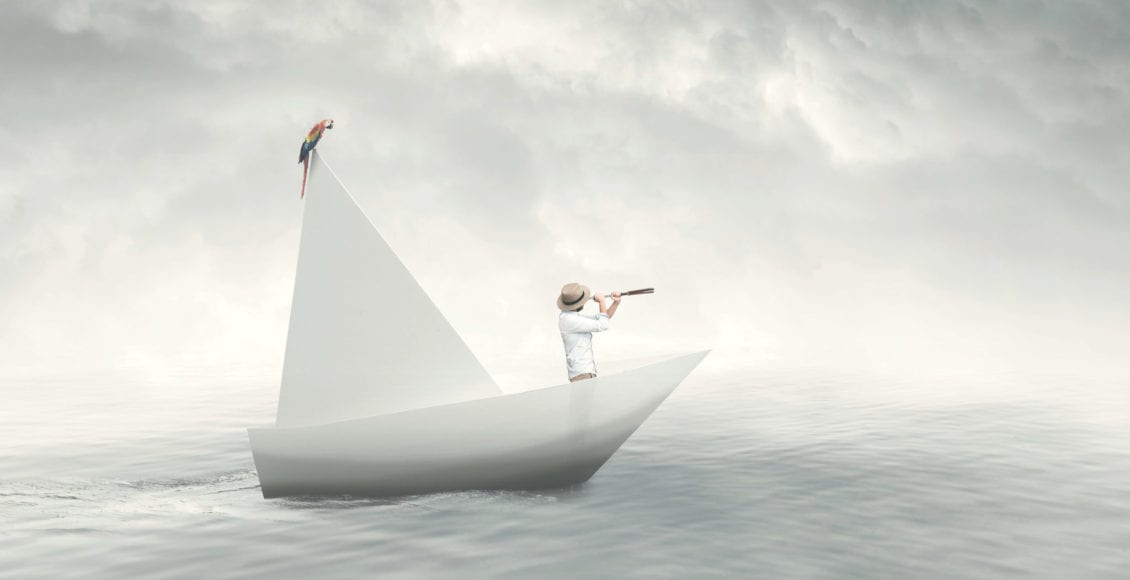 Charting the Course to Financial Freedom

One of my resolutions for 2019—and perhaps one of yours—is to establish a long-term financial plan and get situated for greater independence down the road. So, throughout the year, I’ll be speaking with some of the area’s leading experts and sharing their best, most useful lessons. Here’s to financial freedom!

Jeff Hall was captain of the UT football team when they won the national championship in 1998 and still holds the state record for longest field goal at sixty-two yards. He was drafted into the NFL, which needless to say pays well. “Then, over the next three years, I made all of these awful decisions with money,” he says. “I wasn’t spending money on drugs or alcohol or women or anything like that. I just mismanaged my finances because I never really had any good training in it.” With no trace of longing or self-pity, he tells me that there are coffee breaks that last longer than his NFL career did and that by the end of it, he was broke.

His voice slows and softens when he says that, in 2002, Lytle Rather and Chris Kittrell, founders Rather and Kittrell Capital Management, made him their first hire. “I said, ‘I’m going to commit myself to a career of helping other people make good decisions with their money so they don’t disappoint those they care about most’.”

Today, the Volunteer State is one of only a few that requires a personal finance course in high school. “Tip of the hat to the state of Tennessee,” says Paul Fain, owner and president of Asset Planning Corporation, which his late father opened in 1975, shortly after becoming the first man in the world to earn the “Certified Financial Planner” designation. “The cash management skill, mastered young, unleashes a person’s power to grow wealth,” he says.

Many financial planners have learned as did Thomas Edison, who famously said that he never failed but rather learned ten thousand ways that didn’t work. “I was like any other college student,” Fain recalls. “I thought, ‘I barely have any money, so why have a budget?’” Having walked in those shoes, he now calls this thinking “a fallacy,” adding, “Whatever money you have, you can budget how to spend it.” He says matter-of-factly, “Our appetite for things is rarely satiated. If we can build and maintain a spending plan, it can create some boundaries.”

Daniel Messing, a tax expert at Pugh CPAs, echoes the point: “The first thing to do is to come up with some type of budget.” Start by nailing down your net pay. “People often don’t think about social security and federal income taxes,” says Messing. “They think, I make X dollars, so that’s what I’m going to bring home.”

Then, develop a bucket strategy by dividing your total budget into categories and determining the max you plan to spend on each: home repairs, car maintenance, groceries, dining, entertainment, pets, etc. Apps like Mint, Truebill, and Clarity Money make it easy to create “buckets,” set monthly budgets, and get notifications when you get close to or exceed them.

Fain points out that it’s not enough merely to set up your budgets—you’ve got to monitor them and adjust accordingly. “You can find a bankrupt brain surgeon and a financially independent plumber. Our needs, wants, and wishes always expand to our income capacity.” It’s both healthy and a testament to free markets that most of us want and can have more than ramen noodles and bologna sandwiches. “But if you’re not developing good savings habits early and you’re just participating in what they call ‘lifestyle creep,’” says Hall, “then at some point when your income levels off, you’re basically going to hit a wall.” Many people earn big salary gains until they reach about thirty-five or forty. A person’s earnings plateau, but unless he or she has developed good habits and sticks to his budget, spending is liable to continue rising.

Messing says, “establish early on that you’re not necessarily going to always have all of this cash.” Set a dollar amount to live on, save some, and invest the rest.

Hall loves speaking to student athletes about the “two types of capital”: human capital and investment capital. Whereas investment capital consists of the typical stocks, bonds, small business ownership, real estate, etc., “human capital is your skill set and your relationships.” He holds that becoming a functional adult means developing skills and building relationships—then using those skills to help those you’ve befriended. “The best investment anybody can make is in themselves,” he says. Sometimes, that’s done in a classroom—but not always. “Fifteen years ago, I started going to folks here in town that are a generation, maybe two generations older than me, and I would ask them, ‘Mr. so-and-so, I’m 27, you’re 65. What would you tell yourself at 27 knowing what you know now?’ And there’s so much wisdom there. That is part of developing your human capital: Learn from people who have a lot more life experience than you do.”

Many people default to pursuing a college degree (or several) as the only means of investing in themselves—and for a lot of people, it is the gateway to a better life. As Messing says, “You can never have too much education, but at the same time, it’s not the be all, end all.” He tells me about his brother with a journalism degree who made a living doing photography, and about the creative entrepreneurs he’s met started their endeavors at a young age and soon had their own flourishing businesses.

Fain likewise puts great value on a college education but says, “we would be doing our children and these young students a great service to help them—pre-enrollment and during their first year—to really explore why they’re there.”

Regardless of age, developing human capital is not about exploring enough to know what draws you. Fain thinks of this as figuring out where to start. What types experiences do you want as the foundation for your work life? If you’re mid-career, are you following the directions of your interests or borrowing someone else’s map? It’s difficult to care much about delivering skills to those with whom you’ve built relationships if neither is based in your values.

Invest in Your Future

“I don’t know if a person is missing anything if they focus their investment strategy on employer-sponsored retirement plans, personal IRAs, or the like,” says Fain. According to Hall, “A well-run 401k plan that has good oversight and good management is the greatest investment vehicle that most of us will ever have access to.” When you consider that employers commonly match a certain percentage of 401k contributions, this position becomes even more sound.

Contributions to a 401k come out of your paycheck pre-tax, but you pay taxes on the money once you begin taking it out. A traditional IRA works the same.

The money in your account grows tax-free but is taxed when you take it out. However, with a Roth IRA, you pay taxes on the front end, not the back end when you begin taking money out in retirement. As with everything, there are tradeoffs, and figuring out which is best for you—or if you should have both—is tricky. The most important factor is your current tax rate versus your likely tax rate in retirement, which is tied to your income bracket. Messing points out that if you have high earnings now but plan to live on less in retirement, then you’ll probably fall into a lower tax bracket and so will likely pay less in taxes. In that case, it’s advantageous to invest in the tax-deferred options: the 401k and traditional IRA.

Whichever you choose, it’s important to save something and to start early. Messing says, “If you actually look at the numbers, it’s exponential. Let’s say you start at 35 or 40, which is when most people begin to have more disposable income. You can’t make up the difference in the returns that you’ve lost over a ten, fifteen, twenty-year period—not even if you maximize your savings all the way until you’re sixty-five.” In fact, those who invest a smaller percentage of their income but start at an earlier age are typically far better off than those who invest larger percentages later on in life.

Although laying the groundwork for financial freedom requires some discipline, it’s not overly complex. If you’re passionate about achieving your best possible life, then you can set and stick to budgets, cultivate skills and relationships, and invest in your future. Nonetheless, the more you accumulate, the more complex it can become. Check out the next issue for tips from the experts, and get prepared for success.