Building on the Past

Knoxville is filled with a rich history and the buildings that have been renovated still hold the past within their walls. Districts still carry the feeling of decades before them, ever present in the stories carried on. Marble Alley is no exception. “Everything that made it a neighborhood wasn’t there anymore,” says Buzz Goss, president of Marble Alley Development. “My goal was to take this part of town and rebuild the district.”

Goss is a forward thinker, so while the recession of the early 2000s was a challenging time for other developers, he made moves that proved wise and beneficial in later years. Goss gained control of the entire Marble Alley block with plans to redevelop and breathe new life into this important part of downtown Knoxville. In 2009, he began construction on what would become his flagship building on the block: Marble Alley Lofts. Many wanted to be part of the construction of this multi-family project that would eventually prove to be the very best in apartment communities in the area. Seven years later, the lofts opened. “The lofts and amenities helped us create a standard in Knoxville, and that’s something I’m very proud of.” 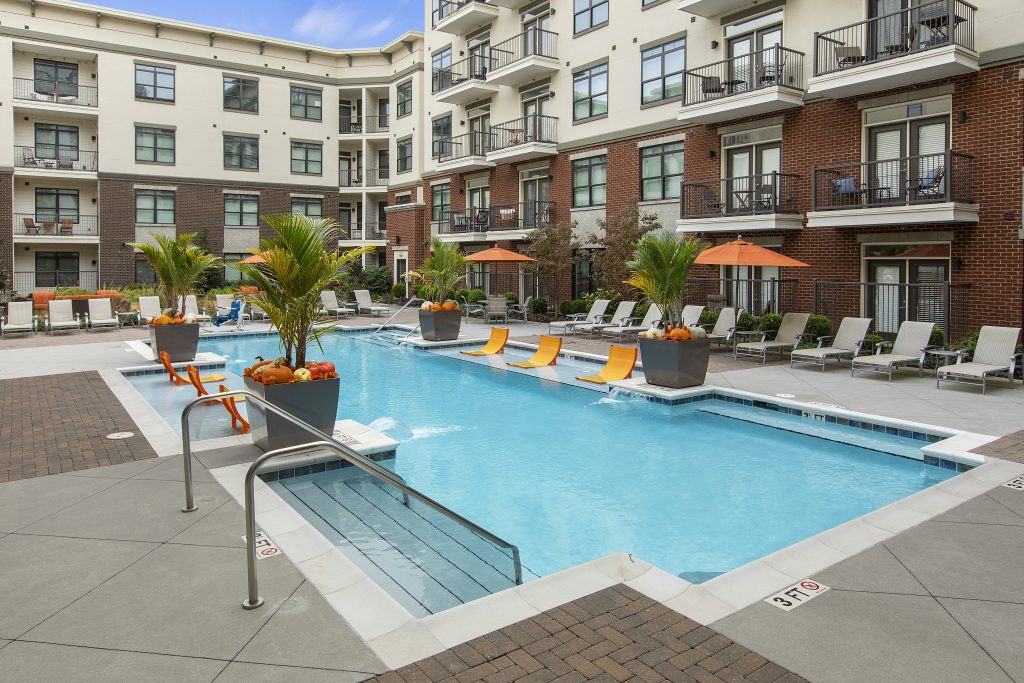 Owned and managed by Bluestone Properties, Marble Alley Lofts is something quite different. Located one block from Old City, another block from Gay Street, and another from Market Square, the lofts are perfectly placed where residents have easy access to fine dining, breweries, shopping, and more.

With a boutique feel and vintage vibe, the property is different than others in the area. Beautiful one and two-bedroom apartments fill its walls with elevated ceilings leaving room for plenty of natural lighting. Subway tile and garden tubs, exquisite cabinetry and granite countertops, designer lighting and private patios and balconies. Top that with free parking spaces, a heated salt water pool, fitness center, and even a Starbucks machine, and you have luxury living that you never thought possible. 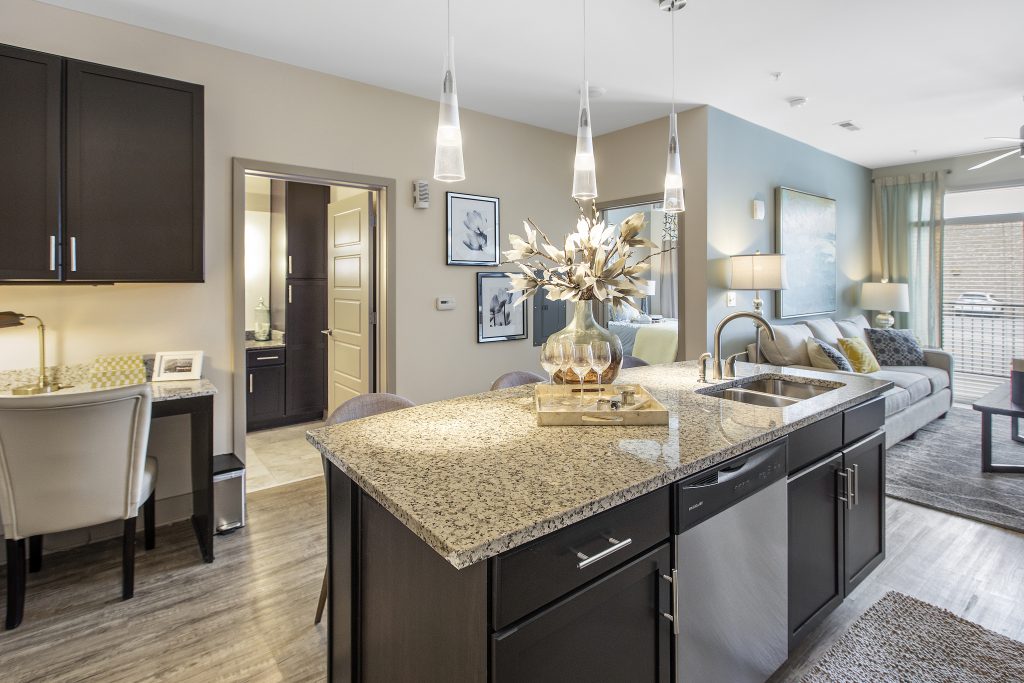 “We have more of a community vibe here,” says Property Manager, Amy Richardson. Residents bimonthly community events with local business partners that easily bring 70 plus people. Goss says this is all thanks to Richardson. She’s fostered a feeling of community at the lofts, the same kind of feeling that existed in Marble Alley all those years ago downtown.

As for Goss, the lofts were just the beginning. “We changed Knoxville in a very positive way.” After the lofts were complete, more properties began construction, modeling their work after Marble Alley, proof that this property was creating a new legacy for this once robust neighborhood. “Honestly, that’s one of the legacies that I hope I leave behind: that I leave this city better than I found it.”