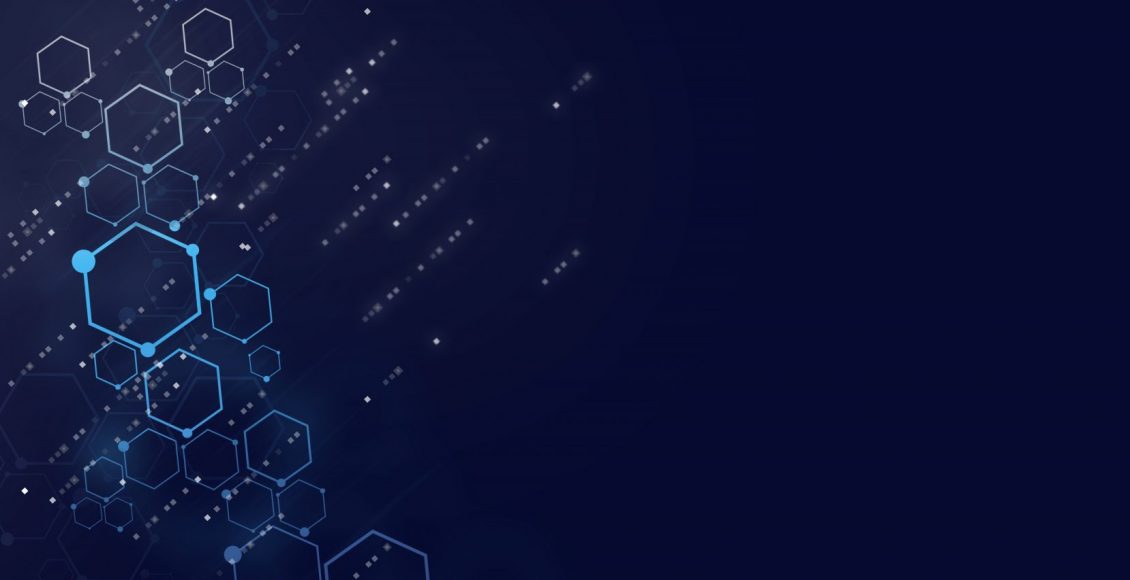 As humanity continues to advance, technology follows suit. For decades, groundbreaking discoveries in human health and treatment have been made. One of the oldest voyages in medicine has been trying to slow down our biological clocks. It is inevitable that as time goes by we continue to age. But what if we could not only stop the negative effects, but to some degree, reverse them?

There was a time when the diagnosis of low testosterone in men or low estrogen in women brought you no closer to a remedy for its symptoms.
As we age, we produce fewer hormones. For men the side effects of “low-T”, as it’s often called, are much more extensive than just a loss of sex drive. The loss of muscle mass and bone density begin and, in its place, body fat arises, specifically visceral fat. This kind of fat is inside the abdominal wall around our organs and in our blood vessels, and it doesn’t discriminate between the sexes. As women lose estrogen, they cease to ovulate, and a variety of health issues ensue, like hot flashes and migraines.

Men and women both, are susceptible to heart disease from lack of hormones as well.

“These adversities can be at least partially mitigated through treatment such as hormone replacement therapy,” says Dr. Charlotte McDonald, DNP, FNP-BC of Optimal Health, a practice focusing on physical and regenerative health. “My average patient experiences increased libido and a higher energy level,” she says. “Another positive effect is weight loss and increased muscle mass with proper exercise.” But the effects of such a therapy go beyond weight loss and energy. A recent multi-year study from the Intermountain Medical Center in Salt Lake City, Utah, showed that testosterone therapy actually helped elderly men with preexisting coronary artery disease avoid major adverse heart effects.

The typical American diet and sedentary lifestyle are major contributing factors to our overall health—add excessive alcohol consumption and we have a recipe for disaster. Most of us know that eating poorly and not exercising will eventually catch up with us, impacting our health in a negative way. But night after night, many opt for the couch or worse, and a box of Twinkies. It seems like people think the pain of getting back into shape will not be worth how it would actually feel to have a great physique at a healthy weight. Many have lived the same unhealthy dietary lifestyle since grade school. This is especially true in the south, where we were raised on comfort food. Making a healthy transition from our traditional dietary lifestyle is no easy feat, but more than worth the effort.

What people really want is a miracle in a bottle; give them a pill to make them skinny so they can stay glued to the tube. This still wouldn’t solve our health problems, as diet and exercise have to constantly work together to maintain results. It is and always will be, up to us to take care of our bodies. And that’s where hormone therapies can play an incredibly important role.

MM One — The T shot
Anti-aging doctors and regenerative health clinics often refer to testosterone as the master male hormone, and for years, it has been the gold standard in men’s hormone therapy. There are two popular procedures: injections and implantable pellets. While both work well, injections can require weekly trips to the clinic if you are uncomfortable with self-administration. “Patients typically stop by once weekly for a quick check up and injection,” McDonald says. “Visits usually take less than 10 minutes and don’t require an appointment.” For the implant method, several testosterone-based pellets, about the size of a grain of rice, are implanted under the skin near the hip. The effects of this implantation last up to six months, so doctor visits are substantially lower. Men with low-T often see astonishing results from either of these therapies. Dr. Tom Rodgers of Performance Medicine says “make sure if you are getting testosterone treatment, that you are checking your estrogen levels, red blood cell counts and having things monitored by an expert in hormone replacement therapy.”

Testosterone, in low doses, is also being used by some women in place of estrogen, giving multiple benefits as their bodies convert the needed amount into estrogen and leave behind the healthy benefits of testosterone. Women who choose to supplement their hormones in this way often recognize beneficial changes to their mood, energy, and libido.

Stemming the Tide
People seek Stem Cell treat­ment for its ability to alleviate joint pain and avoid joint replacement. Once a joint is gone, it will never be the same again. This is why alternatives like stem cell treatment are preferred and recommended by physicians. While joint replacement can take up to 6-12 months for full recovery, this treatment can have a much quicker turnaround. However, most people do not opt for stem cell treatment and try to ride out their pain as long as possible. This only leads to further joint deterioration, often beyond repair.

Stem cells are a hot topic in every regenerative clinic in the country. They are looked upon as the proverbial fountain of youth, especially in cartilage restoration. Stem cell treatment is used for a variety of ailments, most commonly joint therapy, and in some cases even erectile dysfunction. The hurdle for many, however, is the cost; stem cell treatments are typically not covered by insurance. This could change sometime soon, however, as Medicare has released a code that may cover this type of stem cell procedure. The procedure varies from $5,000 to $7,000 per joint and depends on the source of the cells.

“Stem cell injections help rebuild and repair what makes the joint work naturally,” says Dr. Sam Nia of Optimal Health. As part of the research article, Optimal Health injected both of my knees, my elbow, and my neck. In each of these areas, I showed significant cartilage loss and it was causing me pain and loss of mobility. They recommended low impact training at the gym for a few weeks after injection, and I have seen good results. “The overall physical condition of the recipient also makes a difference,” Nia says. “The patient must have some cartilage left to build from to be a good candidate for the procedure.”

The FDA Is looking to identify cell therapy characteristics that will make treatment more predictable and efficient. Adult stem cells can come from the patient’s body itself, typically bone marrow. Common sources include amniotic stem cells, mesenchymal stem cells (MSCs) and induced pluripotent stem cells (iPS). For more information on these, turn to your local clinician in a practice that deals in this type of therapy.

Perfect Peptides
One of the newer therapies used today is the use of peptides. These powerful tiny proteins contain chains of amino acids that can be used as hormone substitutes by the body. Because this form of therapy is relatively new, there are some peptide therapies that remain unproven and lack FDA approval, so be sure to pose some extra questions with your physician, should this be a therapy you choose.

Bremelanotide PT 141 was conceived from an attempt to increase the pigment in the skin; useful for those who are ultra violet sensitive. This is a story not unlike the stories from the trials for a potential pulmonary tension medicine “sildenafil citrate”. Here, trial participants reported the interesting side effect of increased erections and soon this became the principle use of the drug.

Just like the now famous Viagra, this peptide appears useful in treating erectile dysfunction in men, even in cases where the “little blue pill” had failed.

When the use of a drug has significant effects on the person using it, concerns about the additional side effects often fall to the wayside. This may be a predictable response when you are talking about sexual performance, but what other promised result would drive people to take higher risks? What if there were a “little blue pill” for body composition? Take an injection and like magic the body would start releasing growth hormones that would radically increase muscle tissue and reduce fat? It would be standing room only for sure in the clinic waiting rooms.

Tesamorelin is a synthetic form of growth hormone releasing hormones (GHRH). Just like natural hormones, the peptide also tells our bodies to increase the production of growth hormones. It is typically used to treat HIV patients, reducing extra fatty areas on their body. While its main purpose is this treatment, it has been found to serve other funtions as well. It reduces fat, while simultaneously enhancing muscle growth. This has led many athletes and bodybuilders to give it a try in hopes of increasing their ability, although it has not been approved for this purpose and some question its safety.

Growth hormone use is not approved for fat loss or athletic improvement at this time. Additionally, there are potential side effects, including joint pain and inflammation, and the cost can be high. Is there a compound that will turn back time on the pituitary gland’s ability to produce growth hormones? Semorilin, a naturally occurring bio-identical hormone, works but only lasts for a short period—somewhere around 30 minutes. Tesamorelin, on the other hand turns on the spigot to growth hormones and leaves it on, but at what cost or effect? Have enough studies been done to prove the benefits outweigh the risks? At this point, it is uncertain, but when the medical provider tells the patient that this will help get rid of body fat and increase muscle mass, many patients are willing to take their chances.

So, how do we know what is safe and what is not? This can be a slippery slope. There is so much information on the internet about all of these, but often so technical in nature that for most, it’s hard to reconcile the simple question “Is hormone therapy right for me?” For now, it seems best to stick to proven therapies that are FDA approved, like basic testosterone therapy. “It’s really about having a healthy lifestyle,” McDonald says, “with properly balanced hormones.”

Is there hope on the horizon for a magic bullet? In our opinion, it is just a matter of time—and of course cost—as pharmaceutical companies continue their search for the fountain of youth.