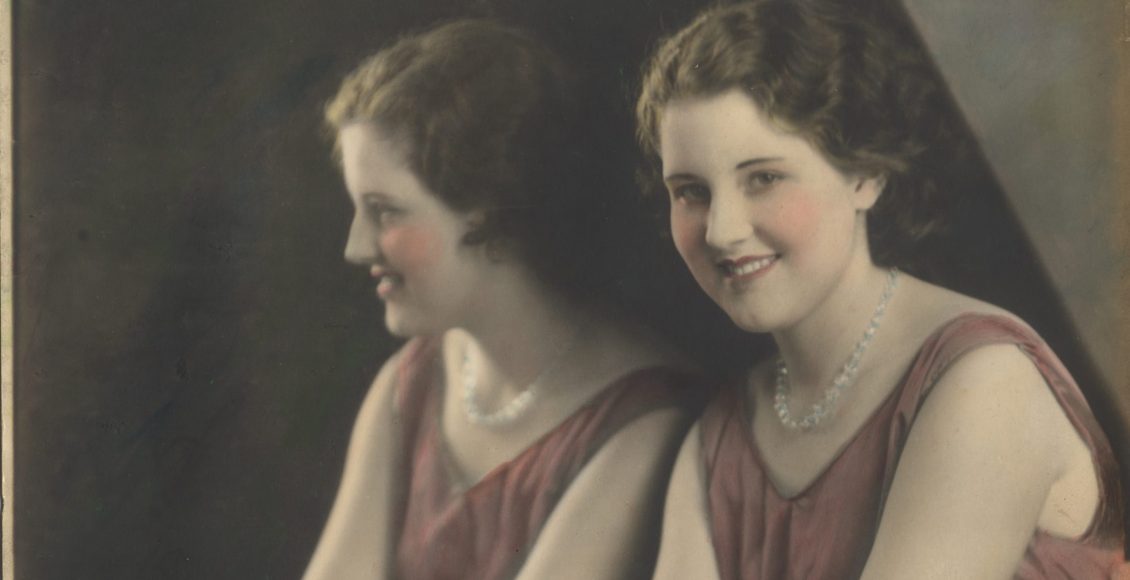 My mother was a great cook. She had one foot solidly planted in southern country cookin’ and the other in an effort at a more sophisticated international cuisine, especially German and Italian. With seemingly little effort, she could work all day and come home and throw together a great meal of meatloaf, lasagna, sauerbraten, or fried chicken.

My mother cooked by taste the way some people play piano by ear. She would taste everything, then add a little more salt, oregano, paprika, or maybe horseradish. I do remember one Thanksgiving when she got a little heavy handed with the sage and no one could eat the dressing. She rarely used recipes and just moved about by instinct.

Growing up in the home of LaVerne Clift Pryor, I learned to appreciate good food and developed a fondness for vegetables most kids avoid at all cost. Broccoli, cauliflower, and Brussel sprouts grow on you if you’ll just give them time and if they are prepared properly. She made a lot of slimy okra gumbo, but I still pass on that one.

LaVerne was a champion cornbread maker. Always in a black iron skillet and usually with cracklins. My father loved cornbread and ended many meals standing at the kitchen sink with cornbread crumbled in a glass of milk. Few people do that anymore, but, to him, that was a fine dessert.
My mother first learned her cooking skills from her father, Floyd Edgar Clift. Floyd left the banks of the Holston as a boy and came west to Knoxville in 1905 to make a better life in the big city. He worked odd jobs around town and played baseball. As a teen, he joined the Navy and became a cook. After his Navy discharge, Floyd worked in or operated restaurants around East Knoxville. One man who knew the family well was heard to say, “You could tie Floyd to a power pole on Magnolia Avenue and come back in a week and he would have a café up and running.”

Floyd Clift met and married Grace Mchaffey in 1912. Grace worked in a laundromat on Gay Street directly across from where Frank and George Regas would start their famous restaurant just seven years later. Floyd operated the Magnolia Avenue streetcar for the Knoxville Railway & Light Company when he met Grace. The streetcar ran from Lake Ottosee (later Chilhowee Park) to Gay Street, and he and Grace would wave to one another each time Floyd made the turnaround on the Gay Street end of the line. That wave soon became a flirt and eventually he stopped the streetcar and asked for a date. The date finally came, but only after Floyd fought and whipped each of Grace’s five brothers. The Mchaffey boys were tough customers from the Arlington community near Chickamauga Avenue and Broadway. Grace Mehaffey was from a large family and certainly knew her way around a country kitchen. She also taught LaVerne, her only girl and firstborn child, her gifts of the galley.

LaVerne shouldered much of the cooking responsibilities in the Clift family and was affectionately called “Sister” not only by her younger brothers, Gene and Floyd, Jr., but also by her parents and all of Lincoln Park.
“Sister” was a real kitchen mechanic. She thickened her chili with cornmeal, used lots of butter, and some lard (especially frying chicken). She broiled her steaks in the oven or fried them in a skillet. She beat beef steak and pork with a hammer. I commonly came home to a house smelling of pinto beans cooking on the stove. She always cooked her dried beans with ham hocks after soaking them in water overnight. She seasoned her green beans with fatback and cooked them with new potatoes. Mother added a little coffee when she made redeye gravy and always kept a quart of buttermilk for cooking various dishes and for Daddy to drink when the supper was extra country. She cooked with a lot of flour and typically ended up with it all over the stove and the drain board. She rarely changed clothes from work to start supper so she wore an apron with flowers on it. I recall her cooking to be noisy with lots of banging, dropping, and sizzling, but the end product was worth the effort.

LaVerne taught me to understand the glory of a homegrown tomato. I thank her for that as much as anything she ever did for me. Most people can’t appreciate a homegrown tomato or something like Hickory Cane corn until they are at least 40 years of age, but because of her I learned their greatness before age 10. I think of her each spring when the farmers’ markets open. To help her, I shucked corn, cooked dried beans, and broke green beans. As a reward, she would prepare me an egg custard pie or perhaps a Lazy Daisy cake.

When my wife, Norma, and I married in 1965, she only knew how to cook tuna fish casserole. That’s the only thing they taught her how to cook in home economics at Christenberry Junior High School. We ate tuna fish casserole at least three nights a week and sandwiches the remaining nights. Thankfully, LaVerne took Norma under her wing and taught her the basics and shared her talent of improvising on recipes. Today, Norma is known as an outstanding cook and we still enjoy many of my mother’s great dishes. Here are few of LaVerne’s recipes you might enjoy:

Boil the sweet potatoes until tender and then cool, peel, and slice. Each slice should be 1/4 to 1/2 inch thick to prevent crumbling. Melt butter in black iron skillet and add brown sugar stirring until the mixture boils. Add the potato slices to the mix spooning the sugar/butter mixture over each slice and serve with sprinkled black walnuts on top.

Sauté chopped parsley, chopped onion, and thinly sliced celery in the butter. Lay down a bed of crumbled Ritz Crackers in a medium size casserole baking dish. Top the crumbled crackers with a thick bed of drained oysters cutting large oysters to bite-size pieces with scissors. Salt and pepper the layer of oysters and saturate with the butter/vegetable mix. Repeat the cracker and oyster beds again using salt and pepper and the butter/vegetable mix on top of oysters. The top layer will be Ritz Cracker crumbs. Soak the top with Half and Half by opening the drain pores with a table knife and bake in the oven at 350º for approximately 40 minutes until brown.