It is a situation that has escalated beyond a sense of urgency. 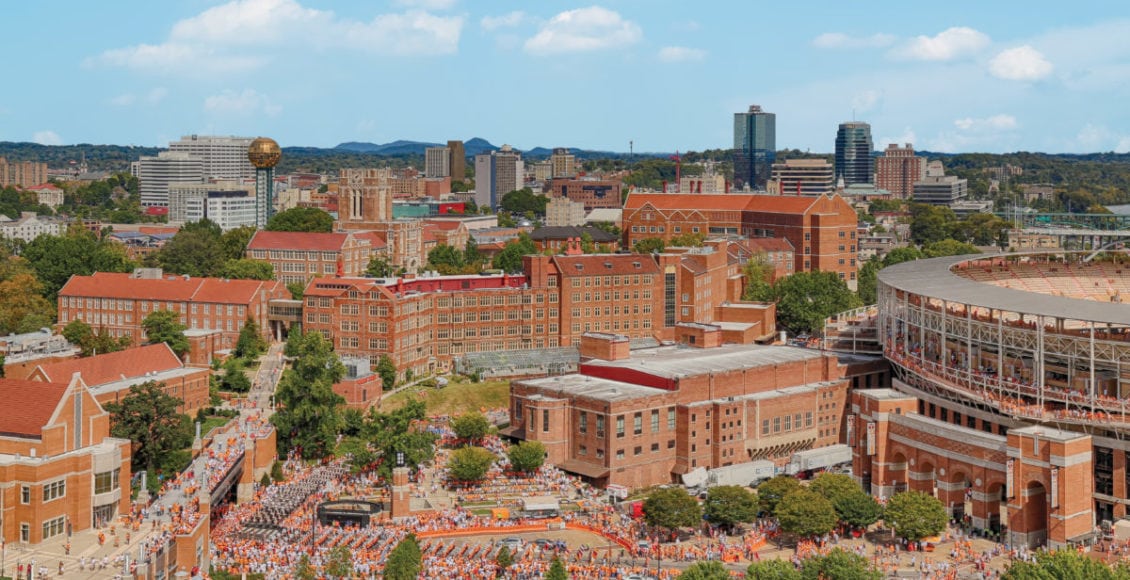 The University of Tennessee football program might well be operating in panic mode the rest of the season.

Getting steamrolled at home by a longtime SEC rival – with a head coach already teetering in a precarious predicament – can change the trajectory of a season. Or the path of the entire program.

Butch Jones entered this season with a seat as hot as a griddle on its third stack of pancakes. Factor in losses to Florida and Georgia to start this campaign, and a woeful, uninspired effort in a win over UMass, add in another tight loss to South Carolina and a blowout against Alabama, and there’s sufficient reason to suggest his time in Knoxville might be limited.

“We don’t pay attention to the outside, what everybody’s saying,” said fifth-year defensive tackle Kendal Vickers. “It’s pointless to pay attention to all that stuff. We’ve got our work to do.”

Coaches are trained to keep their heads down, focus on the task at hand – the only entity they can control – and disregard everything else. A lockstep group of players will fall in line with that mentality.

At least that’s the plan.

In his four previous seasons with the Volunteers, Jones’ teams have shown progress (5-7, 7-6, 9-4, 9-4), but the diehard fan base is getting impatient for “great” to happen.

A quarterback battle between Quinten Dormady and Jarrett Guarantano – which started in the spring and oozed into the season – snatched a good deal of the spotlight. As the season played out, no answers emerged.

“There are a lot more pressing topics than the quarterbacks,” Jones said. “What they do is just a by-product of what everyone around them does.”

Injuries devastated the Vols last year, especially on defense. They had the quarterback position solidified (Joshua Dobbs), but letdowns happened everywhere else.

Tennessee has been 11-13 in games decided by one possession under Jones. That means about 50 percent of the Vols’ losses since 2013 have come down to the wire.

Having trouble winning the close games can be symptomatic. Mistakes have a way of piling up. Losing a critical game on a last-second desperation heave – like UT’s devastating loss to Florida in mid-September – can have a profound impact on a team.

Or, a coach’s career, for that matter.

“We have a lot of heart,” Vickers said of what Jones calls Team 121 (the 121st football team Tennessee has fielded). “This team works hard. This team’s really close. People don’t understand that.

“Being out there with my brothers every day, I wouldn’t have it any other way. We’re going to continue to work; continue to get better. It’s a long season. We could really do some special things with this team.”

In order to be special, a team needs to embrace its identity. What Tennessee must do is determine its most talented and most consistent player and ride him as far as possible.

That should have been easy. Running back John Kelly, ranked among the top 20 in rushing yardage most of the season, was the guy who needed to be showcased.

“Make no mistake about it,” Jones said of Kelly. “He’s the heart and soul of our team.”

Problem is, when the heart stops pumping, everything else shuts down. Days before the Vols’ game at Kentucky, Kelly was cited for marijuana possession and suspended.

With an offensive line in flux because of injuries and competitive situations, there had been a tendency to rely heavily—sometimes too heavily—on the pass.

Lacking a big-time or even reliable quarterback, that tactic didn’t make sense.

When all the dimensions fail, there’s nowhere left to turn.

Jones has been waging the war on all fronts. Cloistered within the confines of his team’s training facility and the main stage on Saturdays (well, Mondays too, if you count the Labor Day game with Georgia Tech), he has tried to maintain the tunnel vision a coach needs to survive in the games.

And then there’s the outside noise that somehow manages to leak through the facility’s brick walls. Several weeks ago, when a media member suggested defensive tackle Shy Tuttle’s injury (which kept him out of the UMass game) might have been inflicted by a teammate, Jones unleashed a somewhat awkward rant.

“I’ll tell you this, football is an emotional game,” he said. “It is a competitive game. The injury was caused not by a teammate. (Tuttle) landed on a helmet, and that’s the truth.”

He went on to take the media to task for asking the question.

“…What do we want out of our media?” Jones said.

Jones staggered through the next couple paragraphs, talking about recruiting; then bringing up parenting issues and mentioning his three sons.

He went on to talk about his role as the caretaker of the Tennessee football program – recruiting players, winning games and graduating student-athletes.

Shortly after saying “…sometimes the negativity is overwhelming,” he brought up the phrase “fake news,” which is fashionable today – sometimes for the wrong reason.

It didn’t end there, though it probably should have – maybe even much earlier.

“Sometimes again, we have to check ourselves,” Jones said. “What are we here for? (What are) our values and principles that guide our life every single day?”

He said how he was friends with many of the reporters in the room. Jones understood they had a job to do.

“…There comes a certain time when enough is enough,” he said.

Wow. That could have been the beginning of the end.

It never had to have gone that far. Sounded like a coach who feels the heat of the seat.

And is struggling to deal with the panic head-on.