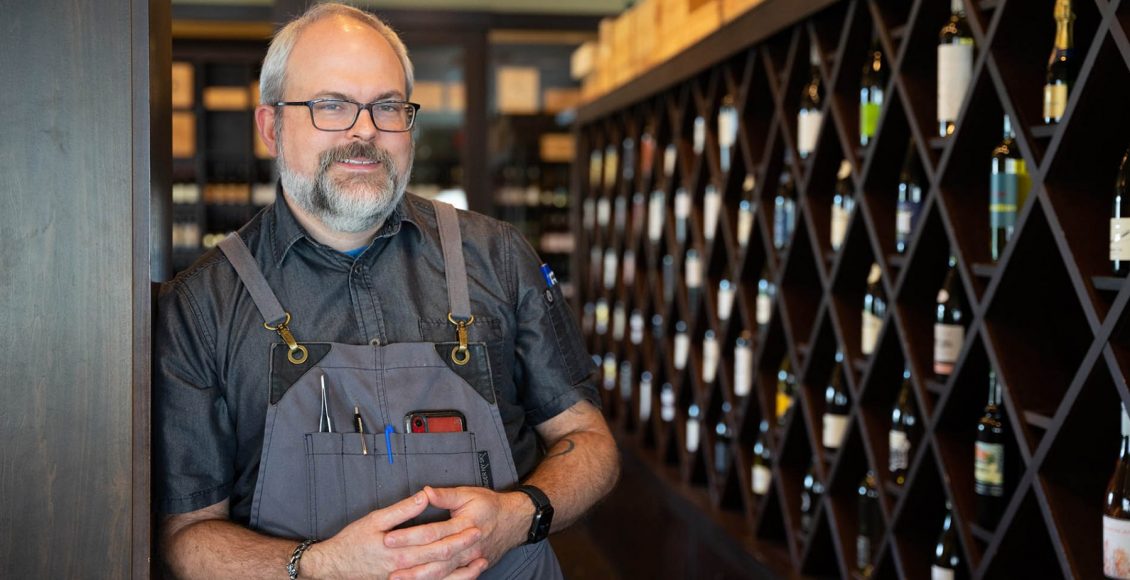 Bistro by the Tracks

Bistro by the Tracks is a French-concept bistro combining contemporary and Southern fare. The restaurant is part of the Burelson Brands lineup of restaurants, and has Chef Robert McDonald III leading the culinary charge.

McDonald is a Knoxville native who began cooking in high school. A graduate of the University of Tennessee Culinary Institute, McDonald began working in local kitchens in 1999. His experience at a small grill in Fountain City made him realize that home was in the kitchen, and he worked his way up to run multiple kitchens in the region before finding himself at Bistro. “I like the fast pace, and I like the heat,” he says. And while his favorite dish to cook is a simple burger, he is also a fan of cooking soups and sauces, aspects of a dish that seem to always make it better.

McDonald bases his dishes, like those on his Top Chefs menu, on inspiring flavors. “I find something and I latch on to it, whether it’s a type of hot sauce or a random ingredient we come to or a produce item from the local farm. I will find that and let the mind go and draw the inspiration from that,” he says.

McDonald is humble about his skills, but even on late nights when he arrives home from work while his family is already asleep, you can find him cooking a late night meal for himself, simply for the love of his craft.

Coated in a Soy and Sorghum Butter and served with Black Garlic Demi, Tri-colored Couscous, Preserved Carrots, and sprinkled with Ground Pink Peppercorns.

Made with Crushed Peanuts throughout the crust and batter and topped with Pickled Macerated Berries and Peanut Brittle.