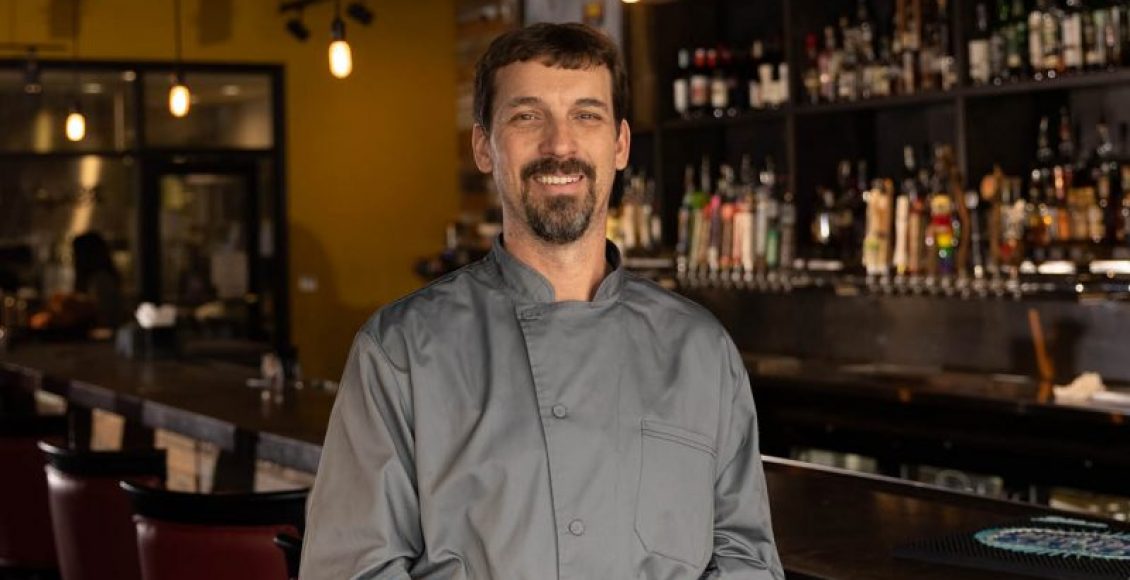 Nestled on Cumberland Avenue by the University of Tennessee is Sunspot. Part of the Burelson Brands team of restaurants, Sunspot offers up a combination of Southwestern, Caribbean, and Latin American cuisines. Behind the menu is Corporate Chef Jeff Carter.

Carter grew up in Mobile, Alabama, watching and helping his dad in the kitchen. It helped Carter develop a love for cooking, a love which continued throughout his life.

At 22 years old, Carter stepped into his first commercial kitchen, a newbie among the seasoned staff, but it was an experience that helped shape the chef he is today. Now a chef of 25 years and with a continued passion for his work, he is constantly looking to learn new skills and techniques to make his menus even better than they were before. “Few times you make something the first time and it’s spot on,” he says. “Always go back to the drawing board, back to the recipe to make it better.”

When not creating menus based on what is out in the garden—or preparing a menu for Top Chefs—Carter is home, with staples such as chicken thighs, olive oil, and soft butter in his kitchen. He is a dad to five who spends his free time woodworking. What started as a pastime making cutting boards has grown into a new side interest in furniture-making.

Served alongside Vanilla Bean Ice Cream and topped with a Frangelico Caramel and Crushed Toasted Hazelnuts.