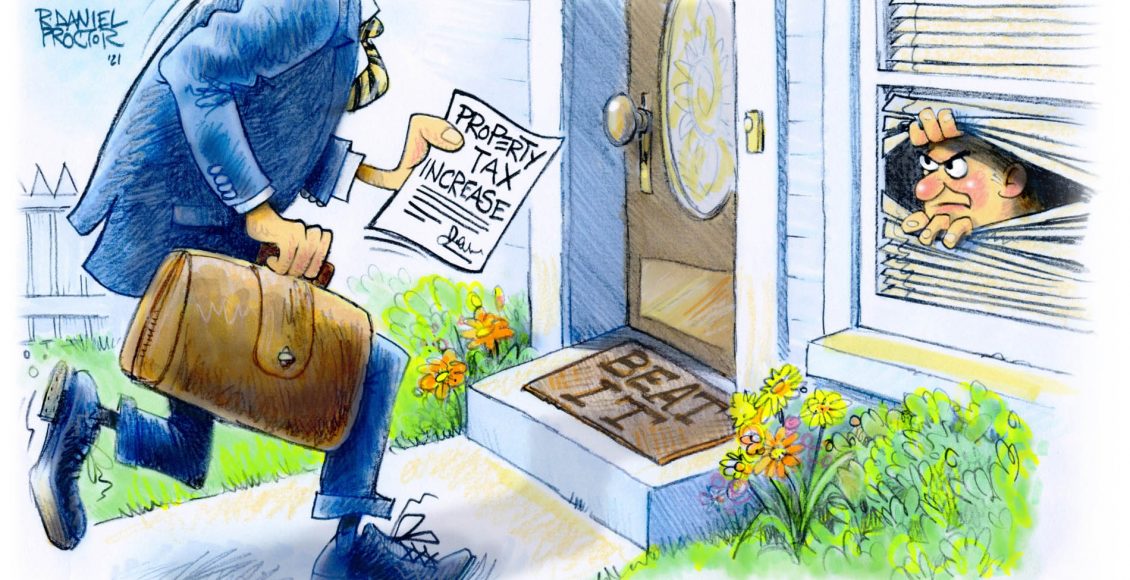 A local look at America’s most hated tax

Of all taxes, Americans hate the property tax the most. The property tax’s unpopularity—and knowing that in Knoxville it takes only five of nine members of city council to increase it—helps to explain why a citizen-driven move was attempted in Knoxville to Cap the Tax.

For whatever reason—lack of organization, lack of interest, whatever—the effort failed. But will it stay failed?

To summarize Americans’ feelings toward the property tax, consistent over time, here’s a portion of a 2017 Newsweek article that appeared first in the private investment and financial website, The Motley Fool: “About a decade ago, pollsters at Gallup, CNN, and USA TODAY sought to find out what was the most-hated tax. Many undoubtedly expected that the federal income tax would be the winner of this dubious distinction, given all the time that people spend on their returns. Yet by a more than 2-to-1 margin, property tax topped income tax as the most hated, with more than 40 percent of those surveyed picking it above the numerous other tax choices available.”

Taxpayers are up on being down about property taxes because for most property owners, after years of blood, sweat, toil, and tears to pay off their homes or businesses, failing to pay property taxes means the home or business can be wrested by the taxman.

The counter-argument is that property taxes pay for essential services: police and fire departments, code enforcement, road paving and sidewalks, and other services taxpayers want and expect from city government. And it’s not as if costs are decreasing.

Taxpayers are between the rock of property taxes and the hard place of services a city needs. There have been two Knoxville property tax increases in recent years. At the rate of $100 of assessed property value, taxes went up 35 cents in 2004, under Mayor Bill Haslam, and 34 cents, in 2014, under Mayor Madeline Rogero. There were not many citizen complaints in either case, property tax defenders say. But that may also speak to a feeling of citizen powerlessness.

If a person or business can’t pay its bills, they can’t decide they want more money and just get it from someone else. Their options come with personal and business difficulties, or even dangers. Cutting costs may not be enough. A price increase may drive customers away. What then? An individual can try to get a better job, or a second job, but neither is guaranteed. Government is different, and taxpayers know the difference between them and government when it comes to making sacrifices.

The Knoxville Cap the Tax Petition Drive sought to change things. The slogan: “Cap the Tax: You Pay, You Say.”  The petition drive needed 7,427 valid signatures to put the Cap the Tax ordinance on the ballot. If successful, the proposed ordinance would have capped city property taxes at $2.46 per $100 of assessed property value. Any change would have had to be voter-approved.

The motivator, as explained in a WATE-TV story: “Erik Wiatr, a petition organizer and local realtor, hopes to secure more than 4,700 additional signatures by July 28. ‘Anytime the property tax goes up, that has a direct impact on the monthly payment for homeowners,’ Wiatr said. He fears what happened in Nashville in 2020, when property owners were faced with a 34 percent increase in property taxes, could happen here.”

Government officials consider efforts to cap or limit authority over property taxes as appealing as vampires eyeing a forest of wooden stakes. When faced with cutting budgets or raising taxes, government officials much prefer the latter. It keeps government employees and their families (a bloc of certain voters) happier, doesn’t affect services or pet projects, and avoids the always-painful task of deciding who, what, and where to cut.

The petition drive was unsuccessful, garnering just under 4,000 signatures of the 7,427 needed. Opponents of Cap the Tax will be heartened by this result, perhaps believing that city voters are disinterested in a property tax limitation.

Cap the Tax is another way of saying Power to the People. But do the people care enough to engage?