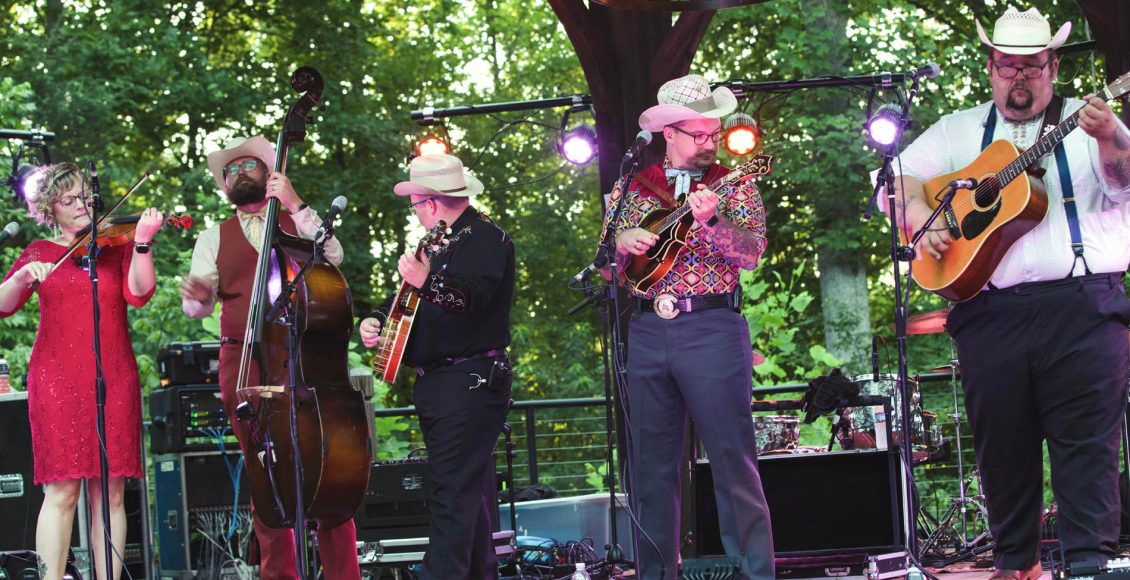 The Po’ Ramblin’ Boys’ humble beginnings in Sevierville turned into a fast-track path to success. I took some time with CJ Lewandowski, the band’s founder, to learn more about some of the band’s standout moments.

Chris Blue: So how does a band form inside a moonshine distillery?

CJ Lewandowski: I was filling in for some of the bands that rotated through (Ole Smoky Moonshine in Sevierville). The entertainment director asked if I would be interested in putting together a band to take up the other location. So I called my friends. (We) had known each other several years before that. The whole intent was just to be a house band at the distillery. It just happened, and it worked.

CB: Where was the first show outside of the distillery?

CL: Our first official show was in Canada. We did a whole weekend at the Shady Grove Bluegrass Festival. Then we got on a plane and went to Europe for two weeks.

CB: You played at the Grand Ole Opry a handful of  years later. How did it feel to play on that legendary stage?

CL: You know, that’s a historic place. Everywhere we looked, we saw somebody we knew, and that really meant a lot because those people have followed us since the beginning. They got to see us accomplish something incredible. We did a 15 minute segment and were one of the last acts of the night. We got a standing ovation.

CB: Was that the biggest moment for the band?

CL: We all came off the Opry stage and said, ‘This is it. This is our pinnacle moment. Nothing can get bigger than this.’ But three or four weeks later, we get a call to say that we were nominated for a Grammy for Best Bluegrass Album. I immediately sent a message to everybody else, and no one could believe it. We didn’t really believe it until we were on the red carpet.

To learn more about the Po’ Ramblin’ Boys and to check the tour schedule, visit www.theporamblinboys.com.