You’re Teaching Your Five-Year-Old How to Drive

Are you teaching them habits that may cost them their lives? 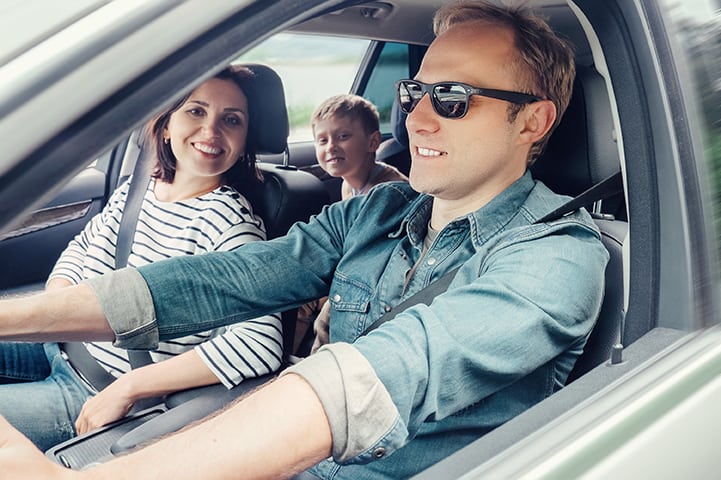 At age 16, Ashley Johnson was on her way to big things.  She made great grades in high school and had big plans for the future.  She had a loving family and more friends than most of us can count.  On May 10, Ashley died when her car crossed the center line and hit a truck head-on. Her story is one that is repeated ten times each day in our country.

How bad is it to look at your cell phone while driving? It only takes a moment, we think, but we are kidding ourselves.  When drivers use a cell phone, decision making is impaired and braking times are delayed. A study by the Virginia Tech Transportation Institute found that drivers who texted were 23 times more at risk for a crash or near crash than “non-distracted drivers.”

Despite campaigns by cell phone providers to raise awareness of the dangers, we are not getting the message. In 2015, AT&T conducted a survey about cell phone usage while driving.  The results indicate that 62% of us admit to keeping our phones within easy reach while driving. Texting is the top activity, but we use social media as well. 30% of Twitter users admit to tweeting while driving “all the time.”  Those who admit it say that habit, a perception that they can do two things safely at once, and their fear of missing out are the primary reasons they tweet while driving. A new report from February, 2017 by the AAA Foundation for Traffic Safety found that 88% of young millennials admitted to at least one risky behavior behind the wheel in the past 30 days.

We see how our kids constantly and reflexively look at their cell phones.  The fear of missing out is palpable, even at the dinner table as we try to get everybody off their phones and focused on a family conversation.  Of course, as parents we have to admit that we do the same thing, right?  We hear that little “ding” when we get a message, and it takes all the willpower in the world not to pick up the phone.  What we may not know, however, is that to a great extent our kids learn that behavior from us.

As a general matter, children start learning from us as soon as they are born.  Research conducted jointly at Temple University and the University of Washington has revealed that, from the outset, babies learn to imitate the movements and actions of their parents.  Based on brain scans, a baby’s observation of adult activity produces a response in the sensorimotor cortex of the baby’s brain.  This allows them to learn to copy behaviors as they mature physically.

There is a movement among some child development experts to start a formal program of teaching kids to drive as early as 12 years old as a way of countering bad habits they learn from their parents.  While this might be a bit too much, the discussion is necessary because we are teaching our kids bad driving habits.  The sooner we realize it, the sooner we will be able to start teaching and demonstrating good habits.

So, talk with your kids about texting and driving well before they start driving.  Tell them about Ashley Johnson.  More importantly, practice what you preach.  Set a good example and do not text and drive. It is, after all, against the law.  And your example may mean the difference between life and death.