A Democratic Path to Tennessee Victories? 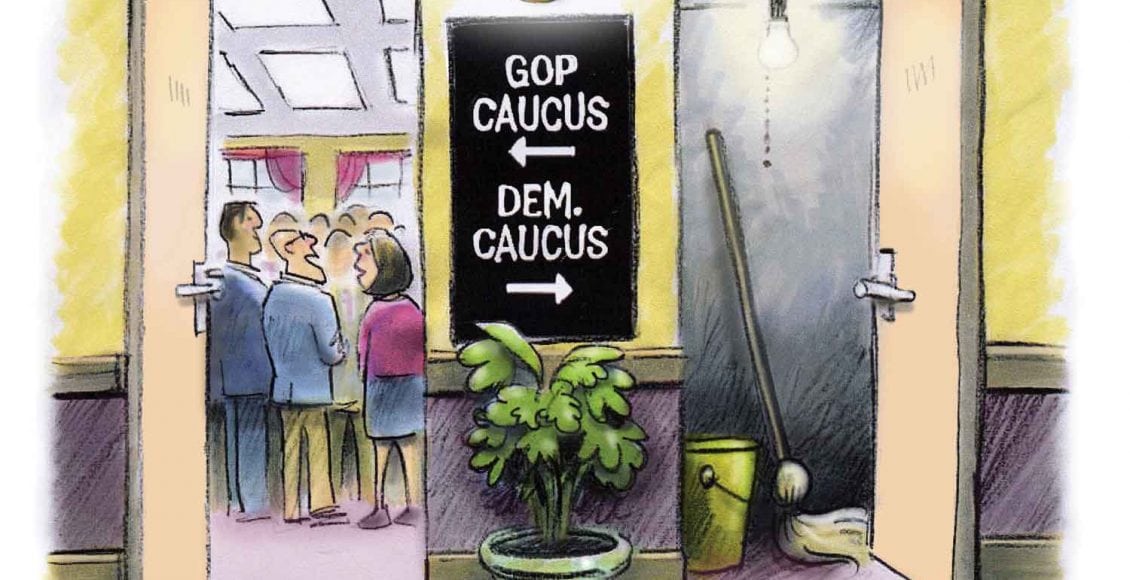 For Tennessee Democrats, it was the same old, same old result: the 2016 elections saw the state overwhelmingly vote for Donald Trump for president and increase the GOP’s margin to 74 seats in the state’s 99-member House of Representatives.

Tennessee’s Senate Democrats don’t need a caucus room in which to meet: a booth at Arby’s will do. The Democratic membership of the state Senate held firm–at five–out of 33 senators.

Democratic strength has been pummeled, tumbled, and bundled into city enclaves while Republicans rule the statewide political roost in a way that a couple of decades ago would have been considered preposterous.
In the presidential race, Trump took more than 61 percent of the vote in Tennessee; Clinton received just below 35 percent, continuing a 16-year trend of Democratic Volunteer State defeats at the top of the ticket, including native Tennessean Albert Gore’s loss in 2000.

How far have Democrats’ fortunes fallen? In light of all the criticism heaped in this past election cycle on Republicans and particularly Trump, the GOP standard-bearer, Republicans added two seats to their existing state House super majority.

Tennessee’s Democrats are, to their misfortune, captive to what the national Democratic Party does, its priorities, and its message. Tennessee Democrats are also pulled down and back by some of their most ardent advocates who see any Republican or conservative as a mouth-breathing, knuckle-dragging throwback to an ancient time (the 1950s, for example), who want to oppress women, starve babies, and dispatch various minority groups to internment camps.

The narrative goes something like this: “If you racist, misogynist, homophobic, Islamophobic bigots weren’t so moronically stupid, you’d be as tolerant and enlightened as me, then you’d vote the way I think you should vote.”
It’s a satisfying strategy perhaps in that it enables a group of people to claim superiority of thought and deed; however, they’re doing so as their heads sink beneath the electoral quicksand.

As a strategy, it’s lousy.

Another example of the national party dragging down local and state Democrats is the re-election of Rep. Nancy Pelosi as the Democrats’ U.S. House minority leader. Pelosi has helped lead Democrats to their present abysmal state, and is a symbol to many of why Democrats are faring so poorly in Tennessee and nationally.

As of this writing, 33 of 50 governors offices will be occupied in 2017 by Republicans. Thirty-one state legislatures will be Republican controlled. Republicans have a majority in the U.S. House and Senate, and the Republican candidate will occupy the White House.

What’s a red state Democrat to do? One, or both, of two things, and not necessarily in this order: hope for Donald Trump to implode his presidency in fits of ego, bad temper, or misjudgment; or follow the example of former Tennessee Gov. Phil Bredesen. Or both.

He did it in part by not being flashy or brash, by not becoming enmeshed in the priorities of national Democrats, and by zeroing in on budgets and education.

Bredesen took office on the heels of Republican Gov. Don Sundquist’s about-face on a state income tax. Sundquist was predicting gloom, despair, and agony for the state if an income tax wasn’t enacted.

Bredesen–a Democrat—said no, Tennessee doesn’t really need that, and he proved it didn’t. But Democrats adopting a Bredesenesque approach (a Democrat who also appeals to Republicans) would run afoul of the party’s manic left wing, which brooks no ideological impurity. Democrats are as captive to the left as Republicans are to the political right. The difference is that in elections, the right is doing well.

In Tennessee and across the country Democratic officeholders are being mowed down like wheat in front of a thresher. Bredesen’s Tennessee example–while not ideologically pure to the left—offers Democrats an avenue to potentially achieve something at which they’ve become very, very bad.