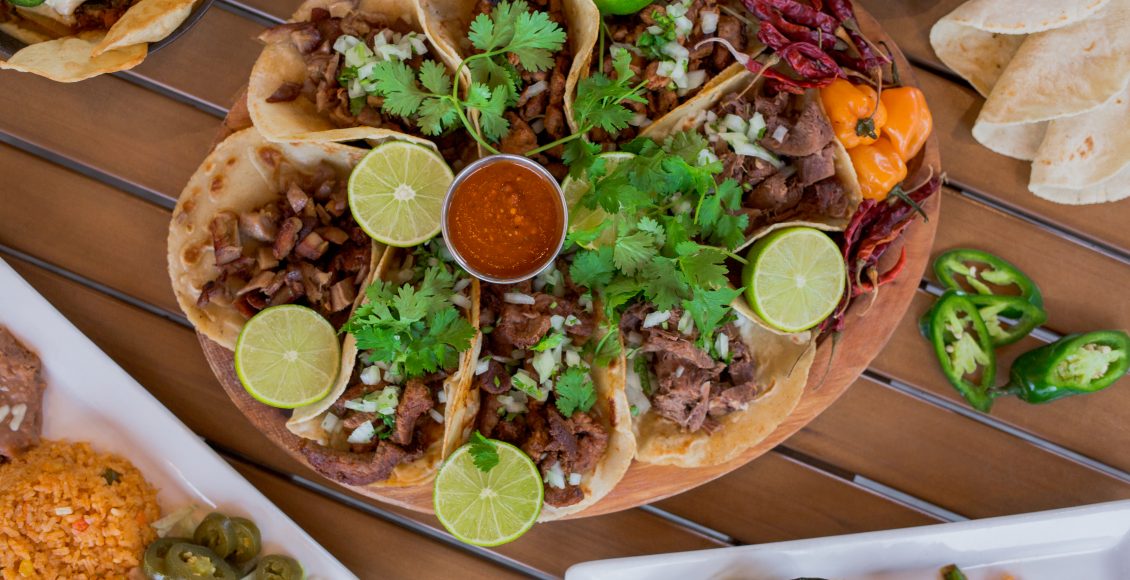 You know you’ve walked into a restaurant that’s serious about soccer when you see Megan Buzzeo, charismatic former goalkeeper for Farragut High and UT Martin tending bar. Now Head Keeper Coach for Hardin Valley Academy, Megan’s flashing Argentinian-blue eyes welcome both soccer aficionados and people just looking for authentic, carefully prepared Mexican cuisine. “We get people coming from downtown,” says Megan, “There’s a little more room than some of the other locations. People like to hang out, sometimes just for a cold beer and appetizers.”

We ask entrenador de porteros [goalkeeper coach] Buzzeo which is her favorite appetizer on the menu. “The Oaxaca Fundido appetizer,” she answers. “It’s got melted Oaxaca cheese—a lean cheese, topped with pastor de verdad, that’s grilled, marinated pork, grilled mushrooms, poblano peppers, onions, a fried egg, and fresh sliced jalapeno peppers. It’s different and appeals to everybody.” (A word to our readers: Megan was right, it was delicious.)

No Mexican restaurant is worth its Margarita salt unless it is serious about tequila. At Soccer Taco the barrels of Herradura Double Barrel Reposado tequila are stacked in pyramids 15 feet high. Reposado is the product of a novel, two-step aging process. The first involves resting the tequila in charred American White Oak barrels for 11 months. It’s then moved to new charred barrels and aged for an additional 30 days. Owner Nelly Kirtley travels to Mexico to pick up the tequila herself. Needless to say, we felt that a Reposado marg or two were necesario.

“We have many people who have been with us for more than 10 years,” says manager Eric Ramos. We found the staff to be both knowledgeable and enthusiastic about the menu and happy to offer suggestions for dishes we hadn’t had before. “Most diners have their mind set about what they want when they come in,” says Ramos. “But we ask that they abrir sus oídos – open their ears – and try new things. Whatever dish they choose, diners will have a real Mexican experience.”

The high ceilings give a spacious feeling while sound panels suspended above the dining room also keep the noise level pleasant. Ample wall space allows nine TVs and plenty of team banners—Real Madrid, The Emirates, Manchester United, FC Bayern München, and more. “People really like the open spaces too,” says Buzzeo. “The kids can go play outside in the grass by the patio.” In this patio area, Soccer Taco often partners with the Casual Pint to provide live music. The atmosphere is very much family, great food, fun, and soccer.

Our food arrived piping hot and exactly at the right “pace” for our table, the mark of a great restaurant. It’s clear that the chef is proud of his work, and the presentation is careful and modern.

Since the original menu was inspired by taquerías [taco shops], it’s fitting that traditional Mexican-style Street Tacos anchor the menu. The secret weapon is Juanita, who has handmade thousands of corn tortillas every day for years and gives a certain no sé qué to favorites like the Buche [pork stomach], Pastor [pork], and Chipotle Steak Lengua [Tongue]—all served with chopped cilantro and onion, lime, and homemade habanero salsa. Don’t be hesitant to try the lengua – it was the favorite at our table.

Another entrée choice, Shrimp Rellenos, was an absolute standout. Tender poblano peppers stuffed with grilled shrimp, sautéed onions, and bell peppers are served over a bed of rice with a savory queso.

If you are a carnitas fan (and who isn’t?), be sure to try the Enchiladas de Carnitas which come covered in a green tomatillo sauce. If you’re feeling a little like a vaquero, then the Enchilada Cowboys are for you; cheese, bell pepper, onion, and carnitas enchiladas with a piquant red sauce. The extensive menu features six different choices of fajitas, tortas, a large selection of sides, and some combinations called Soccer Specials. There are plenty of plant-based options as well, and we recommend (naturally) the Titans – two poblanos stuffed with cheese and the house red sauce.

Whether you’re in the mood for a cerveza fria and quesadilla at the bar, or the Big League Fajitas for Two, Soccer Taco offers a range of delicious choices at very reasonable prices in a welcoming atmosphere.