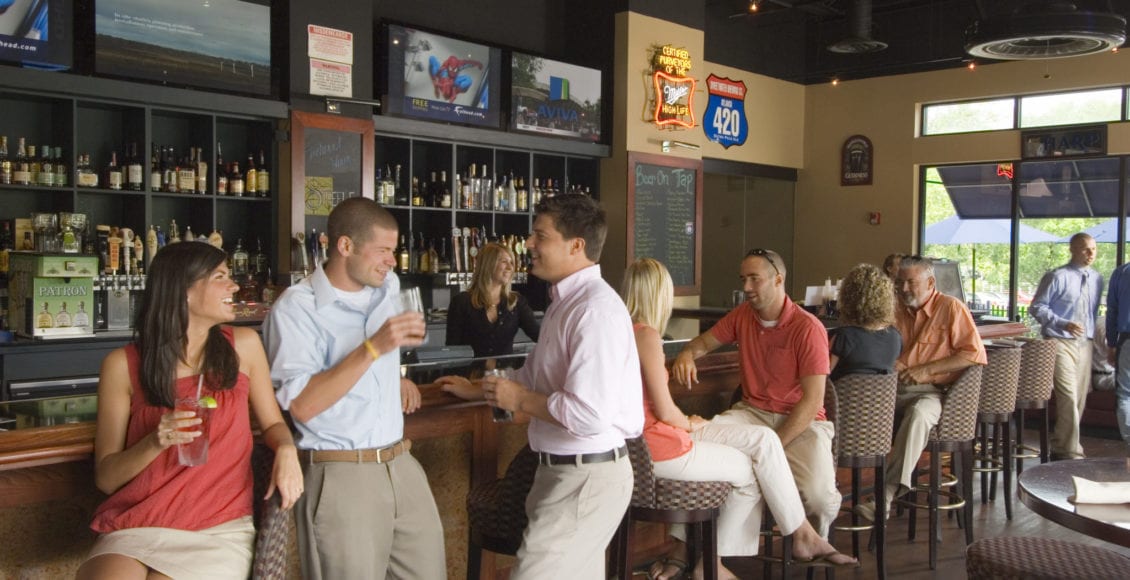 “I got my start as a dishwasher,” says Randy Burleson, a jovial and unassuming man who now owns 17 restaurants and oversees 1,250 employees.

Cityview readers have voted Aubrey’s and several other establishments in his restaurant group, Burleson Brands, as exemplary of the Best of Knoxville.

“It’s happened before, but if you’ve been in business for 25 years, there are always newer and cooler restaurants in town, so to be thought of so respectably by the readers of Cityview is amazing, whether it’s the first time or the last time. It’s an honor. There are so many restaurants that come to town. They’re nice, shiny, new and hip. For a restaurant to be voted the best after 25-plus years is amazing.

“We’re always trying to figure out how to make our restaurants better,” he says. “Kale salad is a new big hit. Salmon tacos have been a new big hit. The original dish that put Aubrey’s on the map was chicken fingers. It’s still on our menu.”

His first job was at Stephen’s Italian Restaurant where Stir Fry is today.

“That’s the restaurant that we—me, my mother and the bank—bought the kitchen equipment from right after I got out of the MBA program at UT. We moved the equipment to Farragut where we started Aubrey’s Inc. in 1992.”

Over the years Burleson purchased other restaurants and now has an impressive collection, some with multiple locations: Aubrey’s, Barley’s, Bistro By the Tracks, Drink., Fieldhouse Social, Stefano’s Pizza, and Sunspot.

How did he acquire so many?

Burleson said he decided to go into the restaurant business during an MBA internship.

“Grady Regas inspired it all,” he explains. “I interned at Grady’s Goodtimes. He was the mentor, the guy you loved so much you wanted to follow in his shadow. The Regas family has been the best for raising the restaurant standard in Knoxville for generations.

“I like that Knoxville has so many new restaurants over the last five years. Tim Love at Lonesome Dove Western Bistro, Joseph Lenn at J.C. Holdway, and Matt Gallaher at Emilia are expanding the culinary taste of Knoxville.

“Knoxville is a town that likes a chain restaurant. And Aubrey’s is a local community restaurant that has multiple locations. We’re not like a corporation that takes care of shareholders. We try to give back to the community. We like to buy from local farmers. We do what corporate chains cannot do.”

Burleson and his wife, Melissa, have a 4-year-old daughter, Aubrey Jaye. The couple met at Aubrey’s.

“She used to be an employee many years ago in ‘92-‘93” he says “I was friends with her and her family for 20 years, but we didn’t get married until 2010. If you like the truth, she left me at Aubrey’s in Farragut to go work for Kenny at Stir Fry because it was a ‘cool’ restaurant. She reminds me daily that I’m very blessed to win Best of Knoxville.”

One of his favorite ways to unwind is to play live trivia with Melissa on Sunday evenings at Aubrey’s. His favorite category?

“The ones I get right,” he laughs.