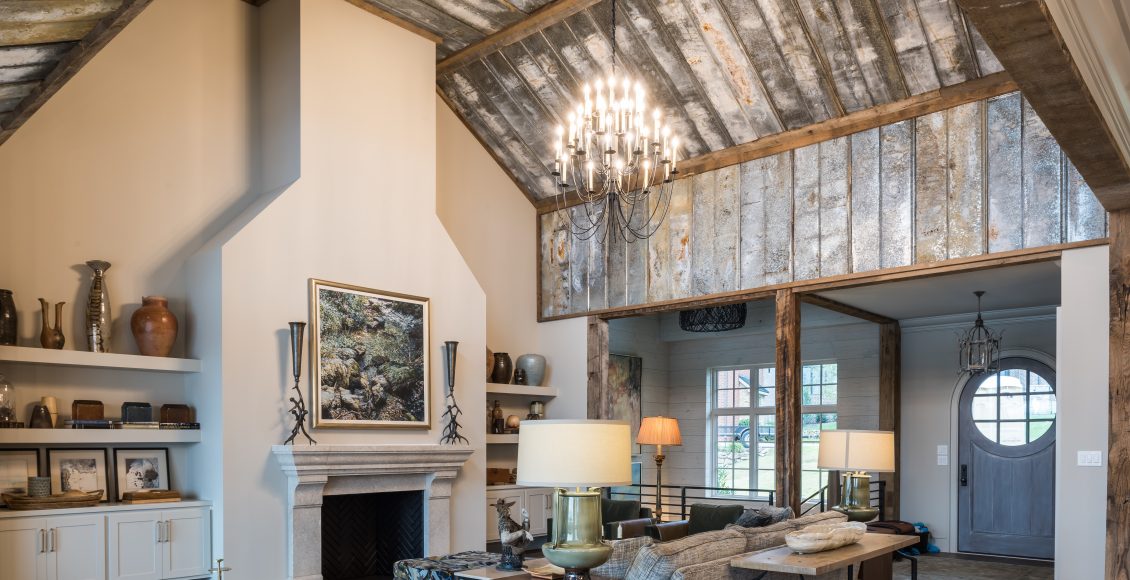 Ask anyone and you’ll always get the same answer: Everyone loves Chuck. Being the best takes hard work, passion, and dedication.

Charles Atkins Construction is a custom home building company that has been based in Knoxville for 25 years. Atkins works daily to design and construct customer-focused homes. He believes that subtlety, comfort, and creativity are key to the design of an elegant and timeless home that will be a welcoming space for living, entertaining, and relaxing.

To Atkins, who spends countless hours per week at his team’s construction sites, it is a team effort. For a truly great job, you need subcontractors who are valued, respected, and motivated by their company: “We want excellence, but we want that by serving people, leading people and helping people,” he says.

What Atkins strives for is authenticity, challenge, and purpose. “I’ve always looked for a job where I’ve felt challenged and where I serve a purpose, a need,” he says. “It was never about money. I found that where there are challenges, I’m happily engaged in solving the problem.”

Pictured here is a client’s home who wanted to create a rustic look using weathered tin. Atkins took this concept and applied it to the great room ceiling. Atkins happily accepted this challenge as it offered him a chance to think outside the box.

Atkins graduated from North Carolina State in 1991 and quickly teamed up with a local builder. The challenges, joys, and sense of purpose at the company convinced Atkins that he was where he belonged. Motivated, Atkins formed his own company just one year later.

At 25, he had 15 years of work experience, but at age 30, he was ready for a change of scenery. He decided to head overseas to the University of Cambridge to earn his MBA.

After returning home, he began his current company at the end of 2001 and kept the same amount of work while nurturing his relationships with subcontractors and home owners. “My relationships grew stronger,” he says. “It was about doing things the right way, not the easy way.”

The journey has been hard work for him and his team, but a passion for excellence sustains the effort. Atkins thinks of his business as relational rather than transactional. “If it’s a relational company, you create excellence, you create change, you create fluidity… and you create things that are different,” he says.

“As long as you have that mentality, that we want excellence and we’re serving, and you get everybody on the same page… that’s when you can really help people and do some things that are different,” Atkins concludes.