Searching for a New Normal

Cityview’s Best of the Best winner, yoga instructor Emily Hildreth discusses struggle, perseverance, and a shot at a better future.

In the ledger of life, we can break down our interactions with others into two categories, giving and taking. For many, the columns will even out. For others, the scales will tip decidedly to one side. For Emily Hildreth, the books resoundingly place her in the “giver” category. Givers don’t often ask for help, and as you read this, consider that her path has not been an easy one. There is hope, however, in the form of stem cells, and that is how we can all help this woman who has given so much to others. Obstacles that would easily sideline others with a weaker constitution have only emboldened her to take the bull by the horns and march ahead.

With a passion for dance, Emily began classical ballet at the age of four. While her father’s job took her from Orlando to Asheville, Little Rock, and eventually Knoxville, dance was a constant fixture that she kept up through high school graduation. However, her active lifestyle took a blow soon after.

“I was biking on the Virginia Creeper trail, and I suddenly braked,” she explains. “I don’t remember braking or even why.” The incident flung her over the handlebars, landing on her knee. When she still felt tingling and numbness in her leg a week later, she decided it was time to consult her family doctor.

Luckily, Emily’s doctor had his suspicions about the nature of the accident and the sensations in her leg. After calling for a spinal tap and a MRI, she was dealt a devastating blow. The tests confirmed a diagnosis of multiple sclerosis (MS).

“I was scared,” Emily says. “I was really scared just because there was so much unknown.” Her diagnosis came in 2006 at the age of 20, and in the years since, there are still many unknowns when it comes to MS.
Scientists are unsure what causes MS, and conventional medicine offers no cure. What they do know is that most of those who receive the diagnosis are between the ages of 20 and 50, and the disease manifests in women at two to three times the rate as men.

At its core, multiple sclerosis involves the immune system attacking one’s own central nervous system. In doing so, it damages myelin, the protective layer over the body’s nerves. Once this layer is damaged, scar tissue is formed and communication between the body and the brain becomes jumbled.

This is why the symptoms experienced by people living with MS can be so varied. For many, fatigue and weakness are commonplace, along with tingling and numbness. In addition, some people experience mood swings, depression, and interruptions in cognitive function. These symptoms can vary in severity and frequency, many times ebbing and flowing in unpredictable ways.

For Emily, it is a constant battle, and every day is a new challenge. That’s why stem cells may help, but the intravenous procedure is expensive and not approved by the FDA. Upon her diagnosis, she was prescribed a very intense regimen of medication including an extremely painful shot that had to be injected regularly into her thigh. “I relied on my former husband, and he helped me give injections to myself,” she recalls. “So I was scared for a long time, but then I found that, over time, it was pretty regular. It was life returning back to normal.” But a return to normalcy took hard work and a desire to fight.

Just six months after her diagnosis, she knew that she had to be proactive. Suffering from anxiety and depression, she turned to yoga as a way to settle her mind and find peace. “It was for my mental health,” she explains. “It’s something I always have to deal with, and yoga really helped, actually.

“When I first started, I was only doing hot power yoga, and it was just exhausting,” she continues. “I was burning the wick at both ends. But then I found that it was good for my anxiety and depression because it was an outlet that let that anxious energy out.” While reaping the mental benefits from this form of yoga, the intensity of the sessions would leave her completely wiped out, exacerbating the fatigue that she’s been stricken with since a mononucleosis diagnosis as a teen and magnified by MS. She soon began exploring a different approach.
“My focus in yoga has shifted from hot power yoga, extreme physical activity, physical exhaustion to help my mind,” Emily says. “Now, it’s more towards yin yoga, which is more relaxing, more introspective, more meditative. I don’t feel depleted leaving a class. I feel more like I’ve charged my battery.”

After two years of experiencing the benefits of yoga first-hand, Emily decided that she wanted to share this ancient practice with others, hoping that they too could find glimpses of peace and tranquility in the face of trials and tribulations.

First keeping her own troubles hidden from her clients, she was pleasantly surprised when she allowed herself to be more transparent and honest about her diagnosis and struggles. She now finds it as a source of comfort and strength.

“I see it through sharing with people, which I didn’t always used to do,” she admits. “But I find it is both a positive thing for myself and others. It’s also confidence building for me just to be vulnerable enough to tell people, ‘No, I might be fit, and this might be my occupation, what I do. But it’s not always easy.’ I can be more relatable to people and that helps me to stay positive. Then I feel like they open up to me, and we can all have each other’s back a little bit.”

It’s this kind of openness that endears Emily to her clients, both as a yoga instructor and a personal trainer. So it’s no surprise that they showed their support with their votes in this year’s Best of the Best, naming Emily the Gold Winner in the Female Yoga Instructor category. Flattered by the win and accepting it with humility, she vows to continue helping others on their road to health and fulfillment. 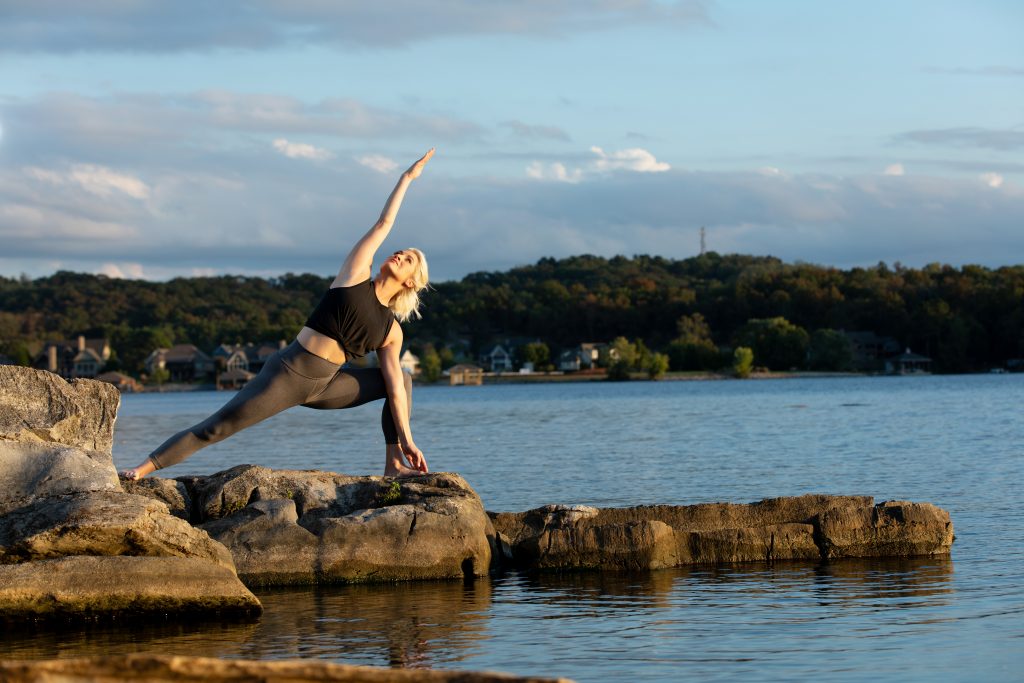 For someone so selfless, we at Cityview feel compelled to bring her story to the community at large. But we cannot stop there. There is a new chapter on the horizon for Emily, a chapter that could finally bring her relief.
Through a local physician, Emily discovered the Stem Cell Institute in Panama City, Panama, and quite possibly, an end to her suffering. After wading through testimonials and reviews, she found hope. “I’ve had a relapse on every medication,” she notes. With a successful stem cell treatment, she can calm the storm inside her and finally shed the medications that have both helped and haunted her for all these years. “It will take away the inflammation, and that will help to protect that myelin sheath that surrounds the nerves,” she says with hope. “That will be my new normal.”

For Emily, the need for a new normalcy can’t come quickly enough. As a single mother of two, the disease has presented additional hurdles. Hoping to protect her children as long as possible from the burden she bears every single day, she finally revealed her diagnosis to Elliot, nine, and George, six, this summer. “It wasn’t in the forefront of my mind as something I needed to discuss with them at their age,” she says. “But when I had my most recent relapse, I had severe fatigue, dizziness, and vertigo. It’s affected my mental health as well.”
Her fears of a relapse are well founded as she’s bounced around from treatment to treatment, medication to medication. While on Avonex, the intramuscular injection would give her flu-like symptoms anywhere from 24 to 36 hours. “I would be feverish with intense headaches,” she recalls. “My muscles would become rigid and tense, and I’d be freezing.” This was her weekly routine.

From there, it was the subcutaneous shot, Copaxone. “I still have scar tissue on my injection spots,” she says. “I would have huge welts, hot and bruised.” With a limited number of approved injection sites, she would have to return to wounds still healing in a never-ending cycle of discomfort and pain.

A switch to the oral medication, Tecfidera, gave her a respite from needles but came with its own side effects. “Every day, I would break out in hives,” she says. “I would get really sick to my stomach, kind of like morning sickness. That was every day.”

Nearly four years off of medication, she has to be careful. Growing up as a “yes person,” she sadly must say no to certain things. She has to be judicious with how much she gives with the potential of a relapse lurking in the shadows, a relapse that could leave her permanently disabled. But there is hope.

Cityview feels compelled to share stories like these because we believe in our community. We believe that our readers can come together to support a fellow Knoxvillian in her time of need. In the ledger of life, let’s put a mark in the “give” column.