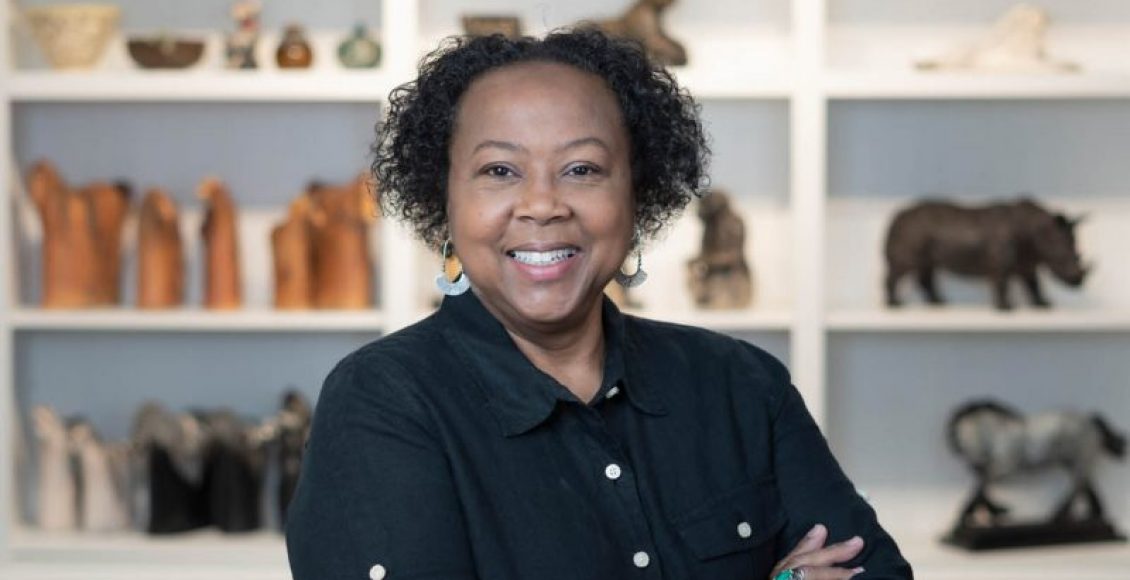 It was 27 years ago when Tina Curry fell in love with sculpting. Then a graphic designer at Oak Ridge Laboratory, Curry’s job required her creativity, and yet she was on the hunt for something more.

After signing up for a pottery class and realizing she could do hand-built pottery, a light bulb went off. “At that point I fell in love with it. I could just look and see things all around me that just needed to be made into clay.”

Curry dove in to sculpting. She joined the Foothills Craft Guild, finding herself exposed to artists making livings doing what they loved. Curry, still at the lab, continued doing art as a hobby. “What I found I didn’t have is what most people think of as a ‘body of work,’” she says.

Soon enough she found her style and subject matter. And her body of work organically followed: “You’re not purposefully trying to get to that point, but at some point, it happens, and you trust more in your style and have more confidence in what you’re doing.”

Her later introduction into the Southern Highlands Craft Guild helped her see that sculpting was no longer just her hobby. “I felt like I had arrived at a point that I was looked at by my peers in the same profession as a true artist,” she says. As a featured artist for one of the guild’s shows that following year, Curry celebrated as she watched every piece of her art sell. “It changed a lot of things for me in my art career.” Clients began reaching out yearly, collecting her work. She was approached by new clients, galleries, and art shows to be involved.

While she hadn’t planned to retire for a few more years, Curry retired from the lab in 2018 to pursue sculpting full time, adding bronze to her repertoire not long after. “As an artist, I think you’re always striving for that next level of excellence in yourself,” she says.

This last year pushed Curry into a new phase of sculpting, creating the “specialty pieces” that she always dreamed of, she says. “The things that I’ve created since then are some of my best work.” Her work has been commissioned by the Knoxville Zoo as well as the Calgary Zoo in Alberta, Canada. A goal-oriented individual, Curry says she is always ready to create something new.