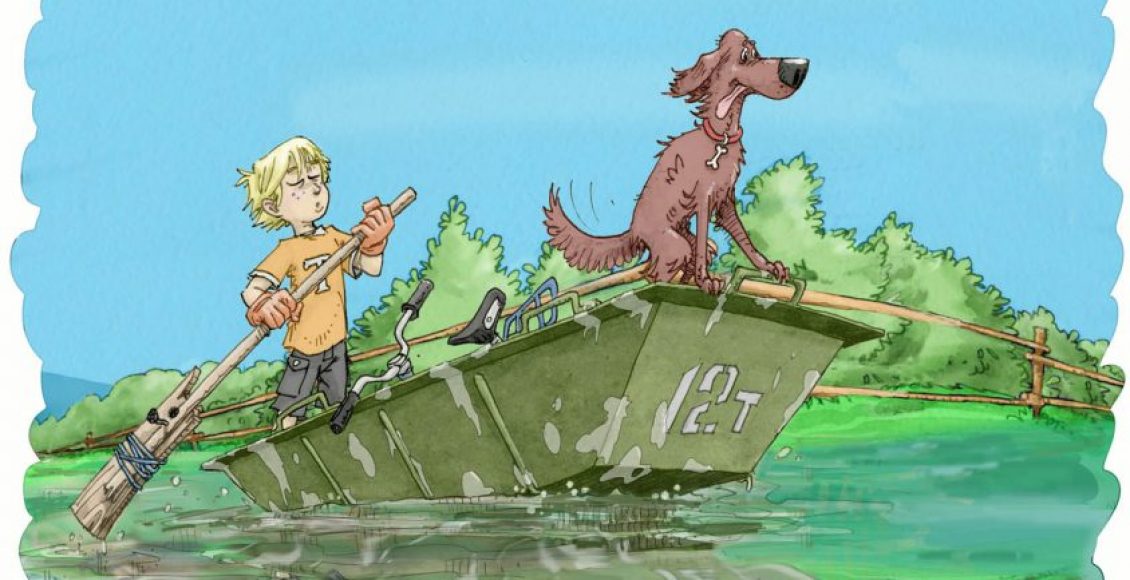 “Dear Knoxonomist, My neighbor is threatening to sue me saying she slipped and fell after stepping in dog poo she believes to be from my dog. What should I do?” — Roger

The Knoxonomist is exceptionally fond of his canine companions and is known to embellish stories that involve his late hounds. Fondly does he recall those crisp autumn adventures of his youth accompanied by his faithful furry friends. His snazzed up 20-inch bicycle with the black and white banana seat, high handlebars, and playing cards clipped into the spokes, would be joined by Sean, the Irish Setter, who would reconn backyards, pausing only to signal we should check things out.

One particular day, I found myself staring at what looked like a giant upside down baking pan in one of the backyards. Sean circled it endlessly, eventually chasing the rabbits underneath that bolted toward a nearby thicket. Our attention remained on the steel pan, which could be imagined upright as a small boat capable of holding four boys. With great fervor, the Knoxonomist convinced his closet conspirators to challenge the mighty rapids below the owner’s yard. Surely once completed, none would question their neighborhood dominance.

As it turned out, the rapids on today’s scale would be a class three or “moderately difficult” and neither the Knoxonomist nor his compatriots were up to the task. The boat sank and everyone headed home only to find they had been caught by the stay-at-home mom next door. At home, there was a mighty ass-whoopin’ executed by the Knoxonomist’s father, and the Knoxonomist was made to work off the tub’s cost which took the better part of the summer. Thanks, Sean.

Bo Regard, the family’s English pointer—and world-class bird dog, according to the Knoxonomist’s father—caused the biggest stinks in our home. He was ill-suited for neighborhood jaunts, always sneering at us as we left, and he showed his indignation by where he left his stool: always on top of a neighbor’s plant or shrub. They would exit their house only to see his gift prominently atop their prized landscape, a bloom with a fragrance like no other.

The Knoxonomist was once brought to court with his family for the offense of Dog at Large. Back in the day, unless the offending hound was caught in the act, there was no way to prove it. But thanks to Tom Boyd—the father of Knoxville’s Randy Boyd, mastermind of the underground electronic dog corral—there is now DNA testing for animal poo called Poo Prints. The service enables FIPS (formerly important people usually running community associations) to hold neighborhood dogs accountable for their feculence.

In a time where people are offended by almost anything, this enables those who have been pooped on to raise the bar—or in this case the shovel—inside the courtroom, causing this to be some expensive excrement. It may be time to eat a little crow, so to speak, and beg forgiveness of your neighbor. Offer to help with yard projects that the injury has left them unable to complete, and if you can’t control the family pooch, then it might be time to move to the country where your pooch can defecate in peace.