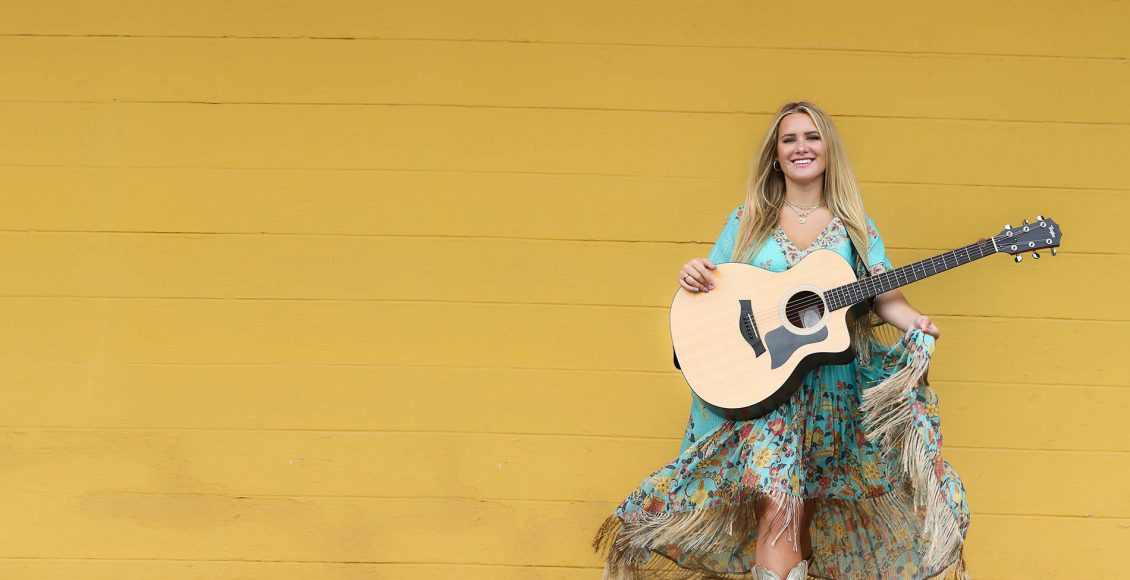 Knoxville producer Travis Wyrick had been hearing about Marlee Hart for a few years before he heard her sing. He arrived at Boyd’s Jig and Reel in Knoxville’s Old City with his children during a Rhythm N’ Blooms Music Festival and couldn’t believe that the voice he heard was that of a teenager. He introduced himself to her parents. At just 16, Hart sings with the definition of a much older artist, Wyrick says: “She loves the authentic Dolly Parton sound; she doesn’t want to be modern country.”

Hart fell in love with music from the start, influenced by her musical family. “My Papaw and his brother would play around with guitars and banjos,” she says. “We’d all sit around the fire and play.” Singing with her mom and sister was part of her daily life, and guitar lessons deepened her interest. But it was after a midweek Bible study where she was asked to sing for the group, that she knew it was something she wanted to pursue. The group members were blown away by her voice.

When Hart met Wyrick, he had a similar reaction, and with this new connection, her future in music began. Wyrick recalls a memorable recording session in Muscle Shoals, Alabama, with Hart and another young artist, Hudson Macready, where the adults and parents “were almost in tears because we were on holy ground,” referencing Aretha Franklin’s musical origins there. After the session, Wyrick got to work producing Hart’s EP album. Writing alongside well-known local talents, such as Hallerin Hilton Hill and Erick Baker, Hart’s album, Lost in my Radio, was exactly as she hoped it would be.

Still in high school, Hart feels at home on stage. Inspired by artists like Kasey Musgraves and Dolly, music connects and inspires her: “Whenever I’m in the studio or on stage, I’m just being myself and the music just takes me to another place.” Her dream is to follow in the footsteps of these country greats. “When I’m listening to music, it just fills up my heart. I don’t know what God
has in store for me, but I’m going to follow his path.”