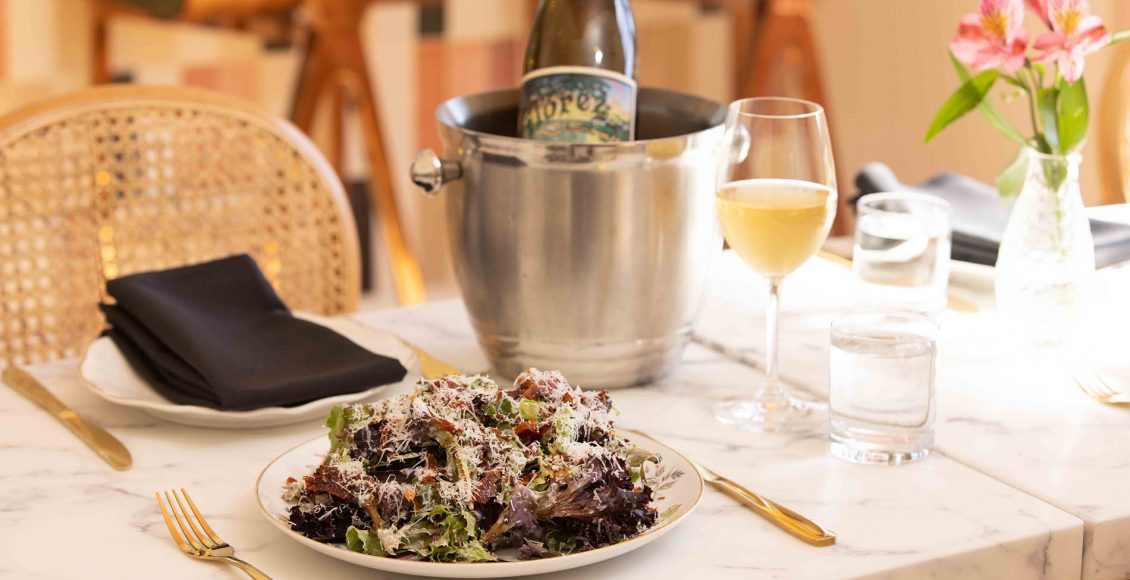 Maryville’s Diamondjack Wine Bar evokes the spirit of speakeasies past

Tucked into a two-bedroom Craftsman house on the edge of downtown Maryville, Diamondjack Wine Bar combines the intimacy of its interior design, the bonhomie of owners Micah and Rachel Talley, and the passion of sommelier/mixologist Dylan Hayes. “It’s a happy place,” says Micah.

Micah had a crush on Rachel Moore starting in third grade at Foothills Elementary School. “I’d get in trouble for chasing her on the playground,” he says. They were Maryville High sweethearts. She went on to sorority life at the University of Tennessee, was a spa coordinator at Blackberry Farm, and works as a realtor. After an uneventful semester at Middle Tennessee State University, he became a Blackberry steward. “Hospitality kind of runs in my family,” Micah says, whose father ran several restaurants in the area, including the 411.

Celebrity muralist Paris Woodhull—who Micah knew from his time at J.C. Holdway—created the black-line portrait of Gentleman Jack—with a mustache, Panama hat, and wine glass—that serves as a logo and a mural presiding over the bar area.

Although Diamondjack is supposed to evoke windowless speakeasies behind secret doors, the large windows, white walls, and white marble of the bar and tables create a bright, welcoming atmosphere that draws in the after-work crowd and—since it’s on the newly-opened Maryville-Alcoa Greenway—bikers and hikers, who also enjoy the five picnic tables outside.

Everyone these days has a fried chicken sandwich, but this one stands out. It arrives with a generous slab of Brie, the piquant house-made sweet hot mustard, and classic “bread and butter” pickles. If you are feeling more uptown, the steak and frites is a classic aged Mitchell Farms New York strip served atop crème fraiche and pecorino corn puree.

Where would we be without brunch? Sunday brunch is served from 10 a.m. to 2 p.m.  We advise getting there early to enjoy a couple of Dylan’s special Bloody Marys before digging in to chicken and waffles or the sausage and grits bowl.

Sometimes a place just has a certain vibe that invites you to come in, kick back, and enjoy the moment.  A couple of secret knocks on Diamondjack’s door, a whispered password, and you’re in the club.