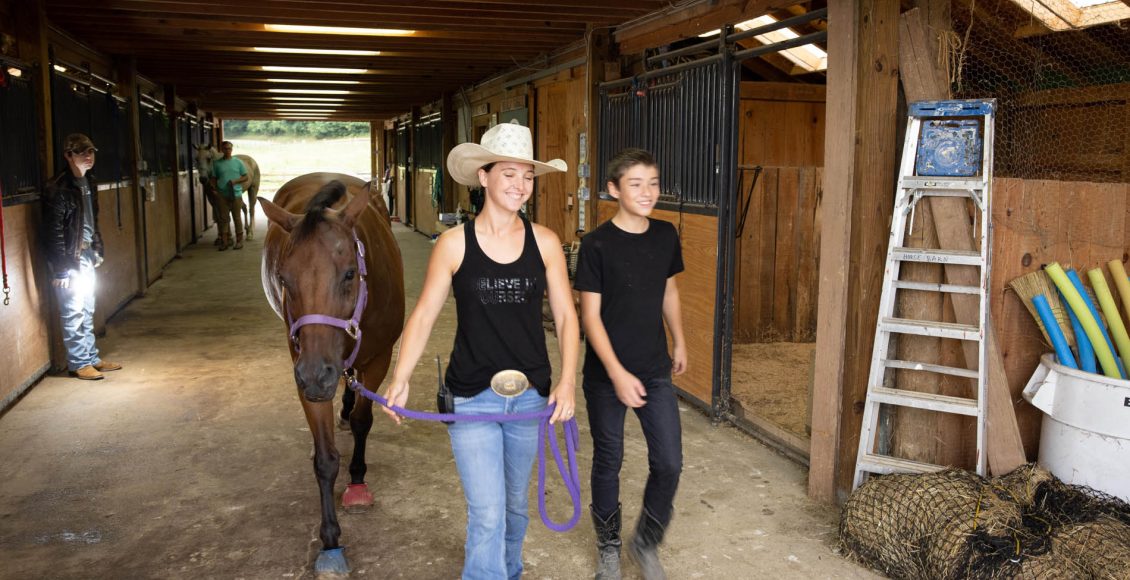 East Tennessee Pastor Jim Wood began his work serving others when he was just 15. At the time, Wood lived in North Carolina and the state-run Juvenile Evaluation Center (part of the juvenile justice system) was seeking volunteers to work with the children placed there. “My parents would drive me out there, and I would teach a Bible study for the kids,” he recalls. “During the week, sometimes I would go out and after school do some tutoring or just throw the Frisbee trying to build relationships.”

Wood enjoyed his volunteer work, but he was struck by the stories of two boys in particular who were bunked right next to one another at the facility. On one side of the nightstand was a 13-year-old, who, Wood found out, ended up at the center after turning himself in for killing his foster mother. Wood found out he had lived foster home to foster home and feared abandonment.

On the other side of the nightstand was an 11-year-old boy. The boy was sent to live with his grandmother whom he barely knew, Wood learned. Bullied at his new school, the boy stopped attending to instead hide in the woods near his grandmother’s home. When the grandmother found out, she told the truancy officer she didn’t want to care for him anymore, Wood says. The boy became a ward of the state, ending up in the same facility.

This boggled Wood’s mind. “I thought, this is just wrong. Why is this 11-year-old, who was simply afraid of an unsafe environment, being treated the same way as someone who killed his foster mother?” he pondered. So he asked the head of the facility: “Why is this 11-year-old not at the children’s home across the street?” Wood later found out that the children’s home had stacks of files on children who needed a safe space, but with only 50 beds, they simply didn’t have a spot for them.

This laid the groundwork for Wood’s life work. And when he met his wife, Susan, in college and asked her if she ever felt called to do something, he was taken aback by how similar her response sounded: “Yes, I have felt for some years now that God wants me to have a children’s home someday.”

Less than a year later they were married. And while they talked about their calling for years, it wasn’t until 1991 that those dreams began to take shape. A group in Tennessee owned a roughly 100-acre piece of land in Sevierville and desired to give it to a ministry for children and families. The Woods applied for the land and, among the many applicants, were selected. This plot of land, nestled next to the Great Smoky Mountains National Park, was set to become the Wears Valley Ranch we know today.

It’s been 30 years since the organization’s founding, but the mission today remains as it always has, “to promote the spiritual, intellectual, social, and physical development of children in need of a stronger family support system, through Christ-centered home settings.”

At the end of 2020, Wood passed the Executive Director torch to his son, Clayton, who grew up on the ranch. “Over time, it became clear that it was going to be a good fit for me,” Clayton says. And with this committed duo leading the charge—Wood still remains a heavily-involved founder and pastor at the ranch—Wears Valley Ranch has touched the lives of hundreds of children who come from homes in crisis.

The children at Wears Valley Ranch come through private referral. Children from across the country apply and are accepted, but the organization puts a special focus on children right in East Tennessee.

And while many sadly arrive from homes where they may have been abused in some way or whose parents may have addictions, that isn’t always the case. “Sometimes it’s a conscientious parent who simply realizes, ‘We need help from the outside.’ And there aren’t any grandparents who were able to step up at this point,” Wood explains.

A friend or acquaintance might suggest Wears Valley to the family, knowing the ranch’s ability to help young people overcome trauma and crisis, while at the same time providing an exceptional education and preparation for the steps ahead. The family or guardian then reaches out to start the conversation.

While the average length of stay is just under two years, there are some children who have been at the ranch for more than a decade. “It’s based on the needs of the individual child,” Wood says.

Four residential homes are maintained on the property where the children live, two for boys and two for girls. And they don’t look like what you might think: the homes were built to look like a typical family house in a residential neighborhood. Everything was designed to ensure the kids living at the ranch felt at home in their space, not at an institution.

Inside each home is a married couple who spends five days a week living with, caring for, and supporting the children. Wood says his hope is to keep the tenure long for house parents, so as to ensure the children have time to connect and feel comfortable with those caring for them.

Two young adults assist the parents as mentors, “typically recent college grads looking to invest a year or two in ministry,” Wood says. “The kids have consistent authority figures in the home who are not just bossing them around, but are loving them and tutoring them in their schoolwork, and helping them learn how to have a wonderful time at recreation, and encourage one another instead of tearing each other down.”

The children attend the K-12 St. Andrew’s School onsite which employs a hybrid of teaching methods. Curriculum is tailored to each individual student upon admission and includes not only typical subjects, like math and language arts, but also life skills. In the summer time, the students participate in two hours of school work in the morning and also attend the nonprofit’s camp for recreation time.

The program is more than home and school, however. A key component of the work at Wears Valley Ranch is in helping children heal from past traumas. A key component is therapy. “At the ranch, every single staff person and every single student is going to counseling,” says Clayton, adding that the often-typical stigma that surrounds counseling does not exist at the ranch. “It makes a big difference in the live of our kids; it also makes a big difference in the lives of our staff.”

Part of the therapeutic program is the ranch’s equine program, one that Clayton is particularly proud of. The students have the opportunity to groom, feed, and ride the horses at the ranch, teaching them critical skills that they can carry with them for the rest of their lives, such as confidence, responsibility, and caring for others. “We’re very pro-emotional care and counseling,” Clayton says, “and helping in a very intentional way deal with mental health.”

Funding for the organization comes exclusively from private sources. And there are always opportunities for volunteering. To learn more about how to get involved with Wears Valley Ranch and what’s to come for the ranch’s programming, visit www.wvr.org.