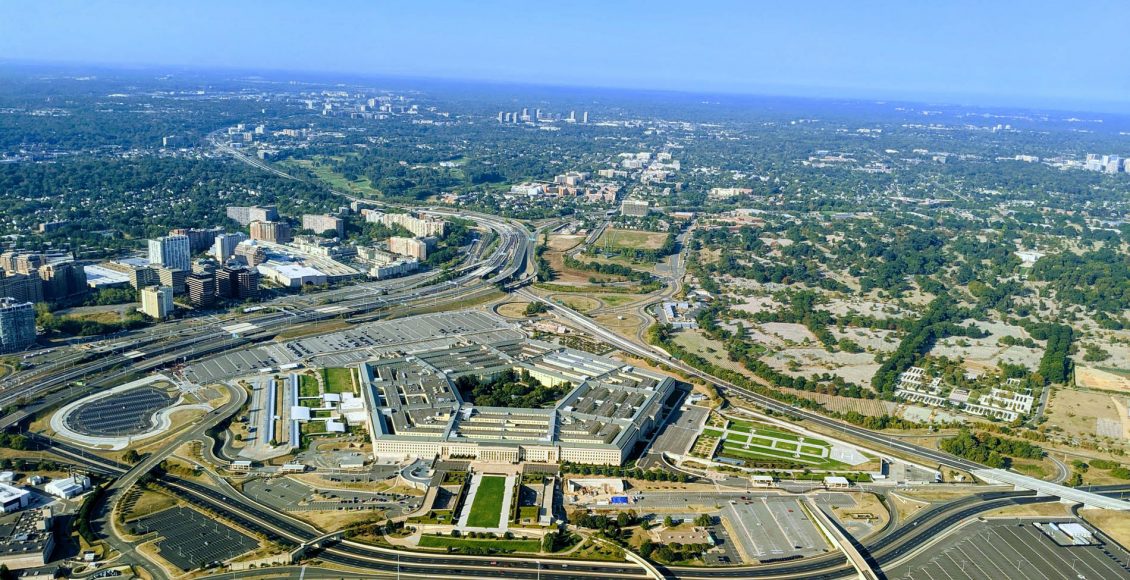 In 1981, when the Cold War was at its peak and Ronald Reagan had just begun his presidency, north Knoxville native and Central High alum Kevin Thompson received his commission into the US Air Force Academy through the ROTC program at the University of Tennessee in Knoxville.

Thompson, an electrical engineering major, had no inkling that his nascent journey through the military would span three eventful decades, propel him from Tennessee to Kansas to Georgia to the deserts of Qatar and Kuwait, be shaped by a shocking terrorist attack on his nation, and eventually lead him to a leadership role within the most hallowed corridors of American military might: the Pentagon.

In that colossal, labyrinthine epicenter of strategic defense, then-Col. Thompson would work alongside four-star generals who served on the Joint Chiefs of Staff—the men whose uniform medals glisten as they take their seats in the first few rows during the president’s State of the Union address.

“It’s quite a thing to see the generals you know and work with on national TV,” says Thompson, whose odyssey has come full circle since he moved from Washington, DC, back to his beloved Knoxville in 2019 and settled into a home in the Seymour area.

What Thompson doesn’t mention during an hour-long conversation on a late-summer afternoon is just how lofty his own military accolades have been. Like many fellow veterans, he exudes just-doing-my-job humility and expresses surprise that anyone would be interested in his story.

“The sense of supporting a higher purpose, if you will, is what felt rewarding to me,” he says of his 30 years in the Air Force. “It’s about something bigger than yourself, something more than just making a living. There was a real sense of honor associated with the service.”

Perhaps it is that perspective that equipped Thompson to end up leading thousands of soldiers and civilians while having the ear of those who were mapping and carrying out America’s defense efforts across the globe.

Thompson didn’t anticipate the decorated military career he has enjoyed, even though he was surrounded by veterans as he grew up in the Norwood Heights neighborhood of Knoxville, off Merchant Drive.

Yet Thompson wasn’t planning to follow in their footsteps until the end of his sophomore year at UT. “I was offered an ROTC scholarship, and I got to go to summer camp for six weeks at McConnell Air Force Base in Kansas. It opened my eyes.” That short, powerful experience hooked him, and his career path became clear.

Whatever dreams Thompson had of becoming a pilot had been dashed at birth: he was born with vision problems and was colorblind. “They wouldn’t let me near an airplane without a boarding pass,” he says.

After graduating from UT, he began his four-year commitment at Robins Air Force Base near Macon, Georgia, putting his engineering skills to use. “I helped maintain the depot the Air Force has had there for years, and it’s still there,” he says.

His projects were varied: avionics on the branch’s Special Operations aircraft, systems for the Lockheed AC-130 gunship transport aircraft, modifying Bell UH-1 Iroquois “Huey” helicopters to help with drug interdiction in the Caribbean, doing “wet-fire” exercises at night at Eglin Air Force Base on the Florida panhandle, and more.

After serving his four years, he entered civilian life, working on avionics for defense contractors first in Atlanta and then in Huntsville, Alabama. In 1989, Thompson opted to join the Air National Guard. “I wanted to continue to serve,” he says. “I had enjoyed my time in the Air Force on active duty. At the time it seemed fairly straightforward: do this, get rewarded. It was all written out. The routine was familiar.”

His guard duty took him to the 241st Engineering Installation Squadron in Chattanooga, where he developed fixed-communications infrastructure—think fiber optics and radio towers. He moved back to Knoxville in 1990, and in 1994 went to work for Sea Ray Boats as director of environmental management, even as his guard activities advanced: he commanded the 241st and its 121 guardsmen from 1997 to 2001.

The September 11 attacks eventually spurred Thompson to return to active duty. He served as engineering team chief for the USAF’s 10th Civil Engineering Squadron. Based out of Shaw Air Force Base in South Carolina, his team was deployed to upgrade fiber optics, voice/data networks and command-control facilities at Al Udeid Air Base in Qatar, and at Ali Al Salem Air Base in Kuwait, 23 miles from the Iraqi border.

“I don’t think I would have considered going back had it not been for 9/11,” Thompson says. When the second plane hit the World Trade Center, “I said, ‘Fight’s on,’ and a lot of things are about to change. After 9/11, there was a greater sense of purpose. Before, you might work at bases overseas, and it was a good excuse to go to Germany to see the sights, but when you’re doing it in the middle of the desert and you know the reason why you’re there, it raises the stakes.”

Although Thompson’s work was behind the scenes, in rear areas and not in direct combat, he knew his team’s work made a difference. “You felt like you were contributing to the effort. Everybody had an important role to play.”

Looking back, “the work we did right after 9/11 at Ali Al Salem was the most meaningful to me. We have decommissioned more bases over there than you can shake a stick at, but that one’s still in operation. I’m proud to have had a little part in that.”

His wife, Sherrie—Thompson had wed the Oliver Springs native in 1995—noticed that when he was deployed, he seemed more purposeful. “You sound happier calling me from a war zone” than from Sea Ray, she told him. “Could you find a way to do this full-time again?”

“I think so,” Thompson replied, “but it would involve moving around a lot.”

“That would be okay,” she said—and the second phase of Thompson’s military career took flight.

After directing communications for the Tennessee Air National Guard for two years, he served as executive officer to the commander at Tyndall Air Force Base in Florida. He then returned to Knoxville as commandant of the Academy of Military Science at McGhee Tyson—“the shortest commute I ever had; I lived 15 minutes from the airport”—before a two-year stint at Scott Air Force Base in Illinois. Then, in 2006, it was on to Arlington, Virginia, to serve as director of staff at Air National Guard headquarters, followed by two years as vice commander of the Air National Guard Readiness Center at Joint Base Andrews Air Base in Prince George’s County, Maryland. There, Thompson led 1,000 staff members whose work steered $9 billion in resources to guard units nationwide. His work directly affected some 10,000 guard members on active duty.

It was during these years that Thompson spent time in the Pentagon working closely with some of America’s top military leaders, including Gen. Craig McKinley, then chief of the National Guard Bureau and a member of the Joint Chiefs of Staff (he retired in 2012); and Gen. Joseph Lengyel, who later served as chief of the same bureau until September 2020.

“I liked working in the Pentagon,” says Thompson, who alternated time between that facility and Joint Base Andrews Air Base in Maryland. He was vice commander of the Air National Guard Readiness Center from 2007 to 2009, then deputy chief of Net Centric Capabilities for the Chairman of the Joint Chiefs until 2010.

Reflecting on the lofty heights he reached, Thompson says, “I was blessed to be able to work with some of the greatest people I know, including guys who retired as four-star generals. The quality of the people and how hard everybody worked always impressed me.”

In December 2011—30 years after the fresh-faced Tennessee grad was commissioned into the Air Force—Thompson retired as a Colonel, but his work remained related to the military. He joined CenturyLink (now Lumen Technologies) supporting defense-information systems, still in the Washington area.

“Our daughter was a sophomore in high school in 2011, and we didn’t want to move her,” he says. By 2018, Thompson began work in defense-industry sales for Oracle, which gave him the option to locate his office anywhere he chose. The answer was obvious.

“I said to Sherrie, ‘Let’s get out of here and get back to Knoxville.’ I was tired of living on top of each other with a million of your closest friends in northern Virginia.”

They moved to Knoxville in October 2019 and settled in Seymour. The move afforded Thompson an opportunity to focus on what matters most. He was able to spend time with his mother, who would pass away in 2020, and his father, who is in memory care in Maryville. “It was very nice to be home, to be able to be here with my parents. And we’re just really happy to be back where people sound like us,” he says.

Thompson appreciates the warmth toward veterans that he has experienced in and around Knoxville. “I’ve never lived any place where that wasn’t the case, because there has always been a large military presence. But in Seymour, there are a lot of retirees, and a lot of us have served, if not in the military, then in law enforcement.

“It’s nice to be around people who appreciate serving our nation in some way. Those of us who have been able to protect and defend the Constitution against enemies foreign and domestic…well, it has been meaningful, and a privilege.”