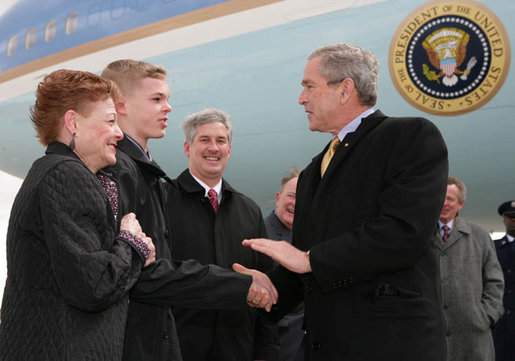 Presented with opportunity, a disadvantaged student changes his entire trajectory with one high school basketball game.

Section 504 of the Rehabilitation Act of 1973 prohibits discrimination on the basis of disability as to any program or activity receiving federal assistance from the U.S. Department of Education. That basically includes all schools at every level. Delays in the adoption of essential regulations governing the scope of the Act resulted in the 1977 “504 Sit-In” by disability activists which pressured the Department of Health, Education, and Welfare to develop regulations strictly applying the new law. The Office of Civil Rights (OCR) has the responsibility of enforcement. Since the passage of the Act, thousands of complaints have been lodged with the OCR in the areas of primary, secondary, and higher education. Most of these inquires have to do with the identification of protected students, and how to develop appropriate accommodations to assist in their education.

The Act covers both physical and mental disabilities that “substantially limit one or more life activities.” Dyslexic students, those with learning disabilities, or those diagnosed with an autism spectrum disorder are among the mental or “hidden disabilities” that qualify for relief under this legislation. Examples of accommodations under a 504 plan may include preferential seating, extended time on exams or assignments, visual or technology aids, verbal testing, reduced homework, or adjusted class schedules. Several years ago, the 9th U.S. Circuit Court of Appeals held that a student may be entitled to damages under Section 504 if the school district violates the Act “intentionally or with deliberate indifference.” In the Hawaii case of Mary H. v. Hamamoto, the court ruled that the parents of two autistic students would be entitled to monetary relief if the school administration knew that the students required special educational services, but failed to afford accommodations.

Now, I want to tell you a story, one that would not likely have taken place absent Section 504. Does the nickname “J-Mac” sound familiar? J-Mac—short for Jason McElwain—is autistic. The movie Rain Man, co-starring Dustin Hoffman in the title role with Tom Cruise, provides an exaggerated mental picture of how autism affects so many families today.

In February of 2006, I was only half listening to the CBS evening news when, just before a commercial break, I heard the anchorman say, “And when we return, a report on a high school basketball game.” A high school basketball game that makes the evening news? My interest piqued, I waited through umpteen commercials before the newscast continued. It seems that on “Senior Night” at the Athena Greece High School in Rochester, New York, Coach Jim Johnson had decided to allow J-Mac to “dress out” for the season’s home final. A student by the name of Marcus Luciano was assigned to videotape the game. J-Mac, who had been diagnosed with autism at the age of two and had been afforded special education classes throughout his school years, had served as a team manager for three years. He had a special interest in all sports, but particularly in basketball. Among many duties, managers wash socks, fold uniforms, sweep the floor, and clean up after practice. J-Mac’s typical reward was that he could shoot baskets during some of the practices with the “real” players on the team. While sometimes distant to their chatter and often oblivious to efforts at humorous conversation, J-Mac’s social skills had improved over the years as he progressed through the public school system. Moreover, he developed a pretty good outside shot during his after-practice sessions.

On that special night, with four minutes to play and his team well in the lead, Coach Johnson called on J-Mac to enter the game. The home crowd, which included many of his classmates, stood and cheered as he ran onto the floor. In the meantime, Coach Johnson had instructed J-Mac to shoot if he got the ball, and his team’s players offered their full cooperation. On J-Mac’s first try, he missed everything—an “air ball.” He had a better look on his second attempt, but still missed. After another change of possession and with the encouragement of his teammates, J-Mac then launched a three-pointer from thirty feet…“nothing but net,” as John Ward, the legendary Tennessee Vol play-by-play announcer used to say.

J-Mac’s parents, tipped off by Coach Johnson that he might play in the game, were in attendance. Naturally, they were thrilled that their son got to play and had actually scored. But J-Mac was not “resting on his laurels.” He made another three-pointer and then another. Eventually, he scored three more baskets—all from 25 to 30 feet. As time ran out, J-Mac topped off his remarkable night with a standard two-point goal. In his four minutes of play, he had scored twenty points! Athena Greece won by a final score of 79 to 43. High school basketball fans know a game lasts only thirty-two minutes. In theory, had J-Mac played the whole game, he would have scored 160 points! When the game ended, the crowd rushed the floor to celebrate. Thrilled by what he had witnessed, teacher Andy McCormack, J-Mac’s speech pathologist, took Luciano’s videotape to the local television station, which passed it on to the network.

After its newscast, CBS got more calls and e-mails about this story than any other in their long history. So, they ran the clip a second time on the following night, garnering even more viewers than the night before. The miracle in Rochester! J-Mac had become a national hero! But there are other heroes in this story too. Coach Johnson had chosen to offer the managerial job to J-Mac despite his obvious disability. Few coaches would have likely done so, much less have allowed him the opportunity to “dress out,” play in a game, or shoot the ball. Clearly, Johnson saw something in this young man. Luciano received credit for supplying the videotape. McCormack, who had taught J-Mac to improve his language skills, made sure the story reached a national stage. The school was rewarded by the recognition given to their “star” student.

In the month following the end of the season, President George W. Bush flew into New York to meet the young celebrity. In the very year his Indianapolis team eventually won the Super Bowl, Peyton Manning invited J-Mac to the Colts’ training camp for a week. Several months after the broadcast, J-Mac won an ESPY Award for the year’s Best Sports Moment. His inspirational acceptance speech captured the attention of a national television audience. J-Mac’s book, The Game of My Life, consisting of 243 pages and including excerpts written by his coach, his family, and his teammates, was published in 2008. A year later, he appeared in a Super Bowl commercial. By then, Columbia Pictures had purchased film rights to the story.

Today, J-Mac runs marathons, accepts speaking engagements, and works full time at a market in Greece, New York. In 2014, he qualified for the Boston Marathon, completing over 26 miles in a remarkable time of less than three hours.

Stories like J-Mac’s are a testament to the importance of provisions like Section 504. They foster opportunities that might otherwise be lost to people who require different considerations. They let people like J-Mac reach their full potential, and that’s a win for all of us.

Tangled up in Tort Reform