Judges, Jackson, and the Cherokee

How a president’s refusal to enforce a Supreme Court ruling led to the Trail of Tears. 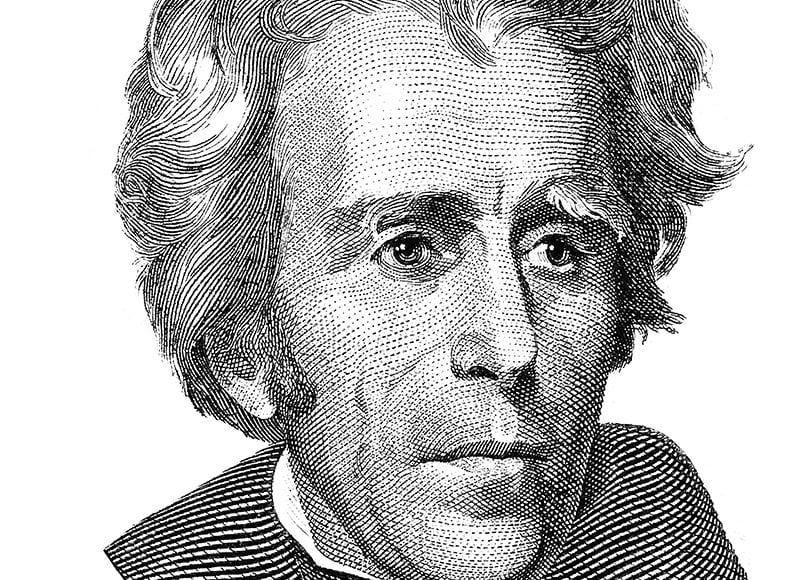 In 1787 and 1788, Alexander Hamilton, James Madison, and John Jay, using the pseudonym Publius, authored a total of 85 editorials promoting the adoption of a United States Constitution—what came to be known as The Federalist. Hamilton, who is believed to have written 51 of the essays and who joined with Madison on three others, forcefully advocated for an “independent judiciary,” with the hope that lifetime terms, conditioned only upon good behavior, would insulate judges from the political pressures of the executive and legislative branches of government. “Federalist #78,” far and away the most often quoted by the United States Supreme Court, describes the ideal judiciary as the “least dangerous” branch, having “no influence over either the sword or the purse…It may truly be said to have neither FORCE nor WILL but merely judgement…”

Of course, Hamilton’s recommendations were incorporated in the 1789 United States Constitution. In consequence, federal judges have always received lifetime appointments, based upon the theory that the judiciary should not be beholden to either the Congress or the President in the application of the law. The states chose different paths. For example, when Tennessee adopted its constitution in 1796, the legislature was granted the power to create courts and appoint judges as needed. Andrew Jackson was one of three appointed to serve on what was called the Superior Court, then the highest in the state. Beginning in 1798, he served in that capacity for six years. Our state supreme court, elected for eight year terms, did not come into being as our third branch of government until Tennesseans ratified the 1834 Constitution. By then Jackson was the President.

In the 1803 case of Marbury v. Madison, perhaps the most important opinion in the history of the judiciary, Chief Justice John Marshall wrote that the Supreme Court held the exclusive power of judicial review. That is, as a means of checks and balances among the three branches of government, the high court had the final authority to interpret legislation and decide whether an enactment by the Congress violated the terms of the United States Constitution. Today, that understanding of the role of the federal courts has become universal. During Jackson’s early years as president, however, that was not necessarily so.

In the 1820s, the State of Georgia began to claim jurisdiction over Cherokee territory, passing laws designed to remove the tribe from its lands in the northern portion of the state. Sworn into office in 1829, President Jackson supported Georgia’s efforts. By 1831, however, the Cherokee had filed suit, challenging the Georgia laws as in conflict with its treaty with the United States. Describing the Cherokee Nation as a “domestic dependent nation,” the Supreme Court dodged the treaty question because the tribe did not qualify as “foreign.”

A minister from Vermont by the name of Samuel Worcester refused to allow the issue to go unresolved. After being assigned as a missionary to a post on Cherokee lands, he established residency in the capital city, New Echota. Worcester not only preached the words of the “Good Book” to the Cherokee but advised them of their treaty rights in their territory. Recognizing that Worcester and other missionaries had become obstructions to its goal of evacuating all tribes, Georgia enacted laws requiring a license for white persons to reside on Cherokee land. Worcester, who had no state-issued license, was arrested, convicted, and sentenced to four years. Instead of accepting a pardon offered after his trial, he appealed to the Supreme Court. In Worcester v. Georgia, Marshall, then in his 30th year on the Court, addressed the treaty issue head-on. In the majority opinion, he wrote that Native American Nations were sovereign with natural rights to their lands. Because the United States Constitution had granted Congress the exclusive power to enter treaties with other nations, the Court reversed Worcester’s conviction, holding that the Georgia licensing laws could not be enforced. President Jackson, who had two years earlier convinced the Congress to pass the Indian Removal Act, was not pleased. In response to the decision, Jackson was quoted as having said, “John Marshall has made his decision; now let him enforce it.” Although those may not have been Jackson’s exact words, they clearly reflected his position. Absent a presidential willingness to enforce the ruling, the Court’s opinion meant nothing. Some say Jackson quietly persuaded the Georgia governor to set Worcester free. Regardless of whether he actually intervened, a pardon ensued, resolving the question of his incarceration. So the Marshall Court never had to issue an order requiring compliance, thereby avoiding a constitutional crisis. Georgia, however, was emboldened by Jackson’s lack of direct intervention. Using the Georgia controversy as leverage, Jackson persuaded the Cherokees to submit to the terms of the 1835 Treaty of New Echota, ceding their lands for $5,000,000. Congress approved the new treaty by a single vote, thereby paving the way for their removal to the west.

Kentucky Senator Henry Clay was especially critical of the President’s refusal to act: “The consequences of the…decision of the Supreme Court must be very great. If…the President refuses to enforce it, there is virtual dissolution of the union.” Clay did not stand alone in his criticism of Jackson. Tennessee’s Davy Crockett, initially an ally in Jackson’s new Democratic Party, had lost support by opposing Jackson’s efforts to eliminate the Bank of the United States. Elected for a third term as a Whig, Crockett complained bitterly about the removal of the Cherokees from their tribal lands and, perhaps in consequence, lost his congressional seat in 1835. Fearing that Vice President Martin Van Buren, if elected as the next President, would continue the Indian removal policy, Crockett vowed to leave the country: “I will never live under [Jackson’s] kingdom,” he stated. “Before I will submit to his government, I will go to the wildes of Texas…Our happy days…are near at an end when a few is to transfer the many.” His departure was fatal. Crockett died at the Alamo on March 6, 1836. Nine months later, Van Buren, with Jackson’s considerable support, was elected President. On his watch, some 16,000 tribal members were moved into Indian Territory—modern day Oklahoma. Plagued by rain, snow, disease, and starvation, an estimated 4,000 Native American perished–along their Trail of Tears.

The Oconaluftee Cherokee, who lived in the Smoky Mountains on lands owned by William Holland Thomas, were not subject to removal. Thomas, who had been adopted by Chief Drowning Bear, had the trust not only of the tribe but also of the United States military and, later, Jackson’s protégée, James K. Polk. Thanks in part to the Cherokee prophet, Tsali, who has been immortalized in the outdoor drama Unto These Hills, Thomas was able to negotiate a treaty establishing the Eastern Band of the Cherokee Nation, located within the Qualla Boundary of Western North Carolina. Thomas later became the only white man to serve as the tribal chief.