Living up to The Legend 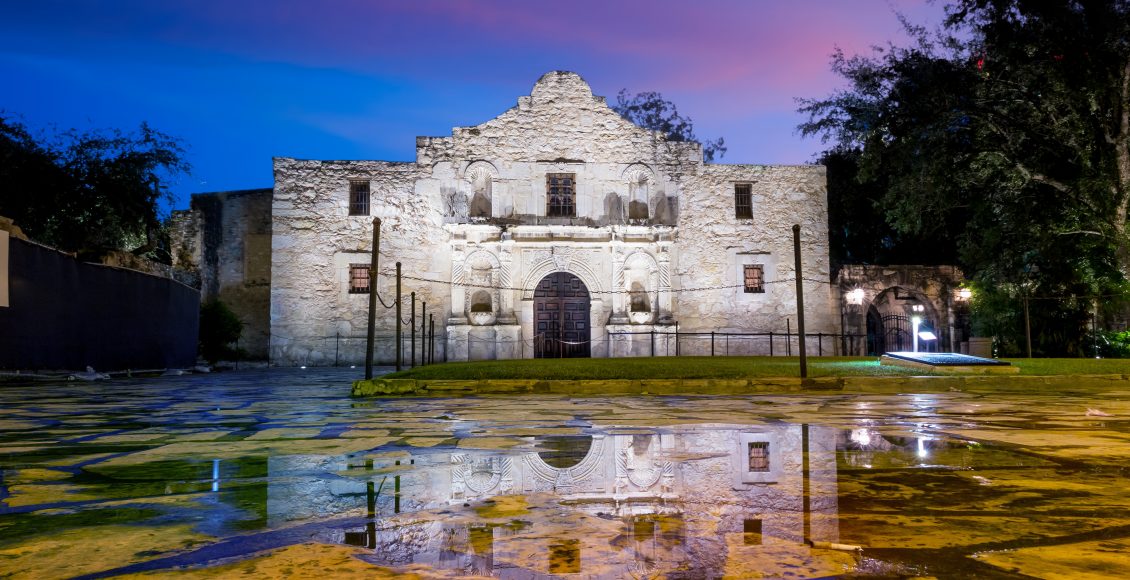 Lessons learned from one of Tennessee’s most famous statesmen.

Born on a mountaintop in Tennessee
Greenest state in the land of the free
Raised in the woods so he knew every tree
Killed him a “bar” when he was only three.

Although the hit mini-series lasted only two years, the merchandising continued on for a much longer period, especially with the sales of Davy’s trademark coonskin caps. In 1988, Disney recreated stories of the legendary hero in a four-part TV series titled “The New Adventures of Davy Crockett” and starring Tim Dunigan. While well received, its popularity was nothing near that of the Fess Parker portrayal 34 years earlier.

During Crockett’s lifetime, New York theatergoers enjoyed “The Lion of the West,” a production based upon his life and times as a folksy Congressman. In 1833, an unauthorized biography, Sketches and Eccentricities of Colonel David Crockett of West Tennessee, became a best seller. More recently, his death at the Alamo has sparked a number of full-length movies that mix fact with fiction in interpretations of Crockett’s role in the Texas struggle for independence from Mexico. For example, in 1960, the iconic John Wayne produced, directed, and starred as Crockett in a film titled The Alamo. At the conclusion of the epic 13-day battle in 1836, Wayne as Crockett dies heroically. As he is run through by a lance, he ignites the powder magazine, causing innumerable Mexican casualties.

In a 2004 Touchstone Pictures’ release, Billy Bob Thornton starred as Crockett in a film also titled The Alamo; Dennis Quaid played the role of Sam Houston. This version depicts Colonel Crockett’s reaction to leaving his home in Tennessee and surrendering a seat in Congress, a consequence of his opposition to the Cherokee Indian Removal Act sponsored by President Andrew Jackson. The plot begins with Crockett and his band of men, unaware of the overwhelming odds against success, joining about 200 Texans in defense of the Alamo. Things quickly turned bleak. Originally constructed as a Franciscan mission, the Alamo was no fortress, and the Mexican forces, led by its dictator President Santa Anna, consisted of a well-supplied infantry of over two thousand. The Texans refused to surrender, remaining inside the Alamo and doing their best to fortify the converted mission.

“…sometimes you just have to live up to who you are.”

The movie includes the first twelve days of the siege and the Texans’ realization that they could not withstand another Mexican advance. Indignant at the resilience of the Texas volunteers, Santa Anna orders the hoisting of the blood-red flag, signaling no quarter to any survivors of the ensuing attack. As the remaining defenders prepared to meet their fate, one of the Texans approached Crockett in a pivotal scene that went something like this: “Sir, I live here in Texas. I have dreamed of independence from Mexican rule all of my life, but you’re from Tennessee. Colonel Travis offered you the opportunity to leave, why are you still here?” After a thoughtful pause, he answered calmly—and to paraphrase: “If I were just old Davy, I believe I would’ve jumped on my horse and ridden right out of here. But that fellow – Colonel David Crockett, Congressman … frontiersman … people are watchin’ him. And sometimes you just have to live up to who you are … So I believe I’ll make my peace with my Maker tonight and fight Santa Anna tomorrow.” This qualified as the most noteworthy dialogue in the full-length movie which, by the way, was a genuine box office disaster, losing almost 150 million dollars.

In keeping with the more recent historical accounts, Crockett was captured during this final battle. At this point, Hollywood supplies a fictional account of his ultimate demise. Crockett, demonstrating a literal command of graveside humor, offers Santa Anna one more chance to surrender before his execution, thereby fulfilling his legacy of casual bravado.

The epic scene reminded me of the wit and wisdom of my grandmother, Victoria Atchley Wade, who lived across the street from my parents and my three brothers in downtown Sevierville. As a mother, she had single-handedly reared two children of her own, and so, was never short of “advice and counsel” for “her” four boys—and, for that matter, anyone else who was willing to listen. Until Thornton as Crockett uttered those memorable words, “Live up to who you are,” I never quite understood one of her favorite sayings, typically imparted as I walked out of her door, “Remember who you are!” Never at a loss for self-esteem, she insisted that “the boys” never fall short of her own high standards.

In much the same way, every Tennessee lawyer, as an officer of the third branch of our state and federal governments, has always had the responsibility to represent the profession with “honesty, fairness, and integrity,” championing the causes of those who have entrusted the profession with the resolution of the most difficult legal challenges of their lives. Recently, our Tennessee Supreme Court added the word “civility,” to the litany of promises in the oath ending with “to the best of my skill and abilities, so help me God.” That said, tempers inevitably flare from time to time in our adversarial legal system, but the best and most ethical lawyers conduct themselves in an exemplary manner, remembering their roles as representatives of the courts. So, every day and in every way, all who have the privilege to engage in the practice of law should strive to “live up to” the expectations of the profession … Now, I have gone to preachin’. ‘Nuff said.