Making arrangements that ensure your legacy

Giving wealth to others is possibly one of the greatest gifts a person can offer. To earn money and pass it along to those who need it not only benefits the recipient, but it also sets an example to those watching the gift being passed along. They see the improvement in quality of life for an heir, or a charitable cause. Within that framework, donating to a charity or cause is very similar to passing wealth on to heirs. Both actions benefit the recipient. Both are ways to leave your mark on the world.

Yet it can be hard to talk about passing on wealth to the next generation. People in general don’t want to think about their own mortality, let alone how they would like to distribute their assets. Let’s look at a couple of statistics about wealth transfer.

Jeff Hall, with Rather & Kittrell Capital Management, says two figures illustrate how little we consider what will happen when we pass away. He says, “60 percent of Americans do not have a will. And if you do have a will, there’s a good chance you do not have any of the other estate planning documents.” But a couple documents, done well before you’re retirement age, can go a long way.

It gets worse. Hall says, “70 percent of wealth transfer plans fail.” This can happen for a variety of reasons. Without a plan in place, the transference can easily go awry. In addition, a plan with no flexibility can fall prey to changes in tax law and other statutes. Attention to detail is key. A poorly worded plan or simple grammatical mistake can derail the distribution of wealth upon the passing of the benefactor. Those measures must be regularly updated to reflect the wishes of the estate in question.

“You can look no further than those two statistics,” Hall says. It’s really hard to think about some of those end-of-life planning scenarios. The older you get, the harder it is to sit down and think through who will be the executor of the estate. And if you have minor children, who do you want to be guardians? And who do you want as a trustee?”

So if you don’t have a will currently, get one. Then compose a living a will, and determine who has the power of attorney and medical power of attorney. With that out of the way, we can get into the financial discussion.
Planning for wealth transfer and end-of-life questions can be broken into a few divisions, which can mitigate nervous discussion among family members. One’s first call, of course, should be to a financial planner. An estate attorney can help as well. But you’ll want to have a few general ideas about what you want to do before going to those meetings.

“It is important to have a plan, when transferring wealth to family or children, that matches your particular situation,” Daniel Messing, vice president of Pugh CPAs says. “Trusts are good ways to transfer with stipulations – possibly age related – to insure that money goes a long way. Each situation is different, but some people are better at transferring wealth than others.”

“Charitable donations can vary as well,” Messing says. “Appreciated stock is always a good idea because you can get a deduction equal to fair market value at the date of the gift so you don’t ever have to pick up large unrealized gains.”

People with large IRAs are currently allowed to give away $100,000 per year without ever having to pick that up in income, Messing says. “It’s a good way to reduce your estate without picking up income from IRA distributions. If you don’t have mortgage interest each year, some people prefer to double up their contributions every other year so that they will have more than the standard deduction in one year and then take the standard the next year.” That means that in those charitable giving years, one would donate on the first and last days of the year, and then skip the following year.

But there are many different ways to donate one’s estate. Hall suggests starting with a family discussion around charitable giving. That helps to set priorities.

That discussion can begin with donating money. And it doesn’t have to be big money – charitable giving isn’t limited to just the wealthy. The common figure is to give away 10 percent of your income, but start with whatever you’re comfortable with. Some may put $50,000 toward a donor advised fund. Or it can be $100 a month into a checking account.

Regardless of the sum, one smart approach to get people talking about passing along wealth is to give family members a timeline and an amount of money to give away. After some time has passed, have another family meeting to talk about how each person wants to spend their allotted funds.

This serves two purposes, Hall says. It gets people thinking about what they’re passionate about, and it begins a conversation among family members about how to pass along wealth. Maybe grandmom likes gardening and wants to donate to a fund that supports local food such as Nourish Knoxville. Uncle Bob might be a big fan of the University of Tennessee and wants his share to go to education. Or a teen may find some enchantment with the Emerald Youth Foundation or mission work through a church.

Having family members together to discuss their respective passions initiates that frank conversation about wealth transfer. “You have people talking openly about what’s most important to them,” Hall says. “And it’s an easy and practical way to get people to talk.” 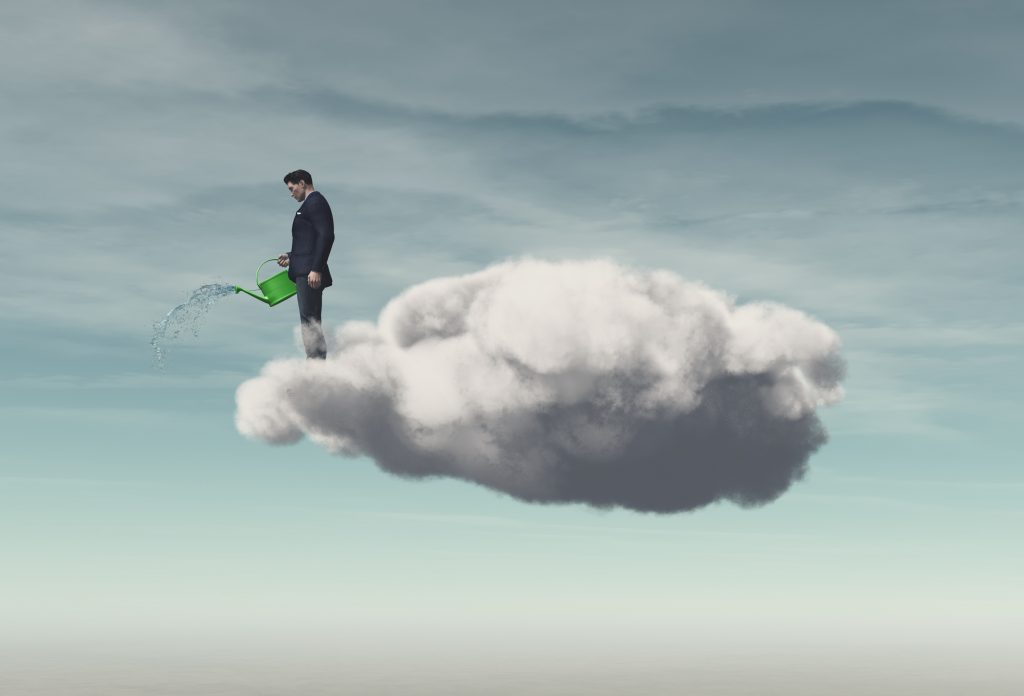 Giving to an institution or nonprofit is extremely easy these days. A little Internet research, through nonprofit tracking groups like guidestar.org, can help you determine the legitimacy and efficacy of smaller nonprofits that pique your interest. Bigger institutions have entire staffs dedicated to charitable donations and are happy to answer any questions.

“With larger reputable organizations, such as a university, they have development offices, and you can talk to them about ways to make a gift,” Paul Fain, President of Asset Planning Corporation, says. “UT has what they call the Development Office, in the business of talking to alumni or community members and seeing if they have interest in the University of Tennessee, and even a gift while living.”

Your greatness is not what you have, it’s what you give.

Charitable giving, he says, simply makes the world a better place. “We all should aspire to have a greater charitable intent when we talk about it with our families,” Fain says. “We say that the first two line-items should be charitable giving and saving for your future when you develop a spending plan. In that way, most people are surprised that they get away just fine.”

Even so, we all will pass away at some point. How one deals with charitable gifts and wealth transfer while they are alive becomes part of the family narrative. “Eventually, when the patriarch and the matriarch pass away, the memories that they have left behind will be about growing up poor, or growing their business, or inheriting a piece of land,” Hall says. “They gave away money to this, or loved that. Over time, it’s almost like building a foundation … what they loved, what they’re passionate about. … They’re building their own legacy and everyone gets to see it.”

For many people, wealth may be passed through charity. But family very often receives the lion’s share. It’s common for the deceased to give directly to the following generations – their heirs. Depending on one’s income level, and their desire for spending, there are multiple options for distributing those funds to children or family.
Just giving money without direction can be a path to potential ruin. There are numerous pejorative terms for “trust fund baby.” Money can cause problems, particularly if it’s a lump sum that lands in someone’s lap at a young age. “It also seems to work better, in general, if heirs have to work before they receive money,” Messing says. Perhaps a partial distribution at age 25 or 35 would work. Or one can earmark certain portions for tuition or a home purchase. Remember those conversations you had about how to spend charity funds? You can pivot those talks to how wealth will be given to future generations.

“There are also considerations that depend on the size of an estate. Transferring assets prior to death will give the receiver a carryover basis, while transferring at death results in a basis equal to fair market value at date of death in general,” Messing says. Ideally, how the recipient plans on handling the estate should be discussed with the benefactor and a financial planner to determine an approach with the smallest tax burden. “I would probably assist them with their long term goals and possibly point them toward an estate planning attorney where necessary.”

For some, the better option may just be simply to give away their wealth while living. Though Fain cautions that restraint should be used. Retirement means going into the world of fixed income, and people are living longer on those resources.

“For new retirees, they often have an interest in giving either to family members, such as children or grandchildren, or their charitable interests,” Fain says. “What I often do is hit the pause button and advise them to get their retirement sea legs under them before they start doing any aggressive giving. My concern is always that the new retiree will give away too much, too early, and then 30 years later those assets are long gone. It’s well-intentioned, however those resources stretch out over three decades.”

Cash gifts, over time, can be another option to transfer wealth. The current limit to gifts before taxes are applied is $15,000 per individual, per year. Fain says that a married couple can give $15,000 each, per person, before taxes. For property, it helps to have a plan in place before death to mitigate the possibility of family feuds and complications related to selling and splitting property.

Nobody mandates that you have to give everything away, however. Some parents decide that they’ve raised their kids and paid for college, and the children can look out for themselves. If children wish to inherit their parents’ values, then it could be said that most parents hope their children do better than they have. If that’s the case, congratulations. Maybe go on a few more cruises and take the grandkids to the beach.

And there are still those individuals and couples who do not have children. In that vein, you could be the generous uncle or aunt, or benefactor to a charity, as discussed above.

“For the generational transfer of wealth,” Fain says, “there’s no rulebook that says you have to give away anything. But every year I hear people say that ‘my parents left me this, or my aunt left me that.’ Whether they’re inheriting $40,000 or $400,000, more often than not they see themselves as blessed. It creates a desire on their part to pass it forward.”

Gerald Witt is a journalist living in downtown Knoxville. He's been a staff writer at several newspapers in the Southeast, most recently the Knoxville News Sentinel, and received local, state, and national recognition for his work. Now he teaches journalism at the University of Tennessee and writes at beerandfoodweekly.com in addition to his work here. When he's not chasing stories, he can be found on a run, with a beer, or traveling the world. When he's lucky, all three at once.