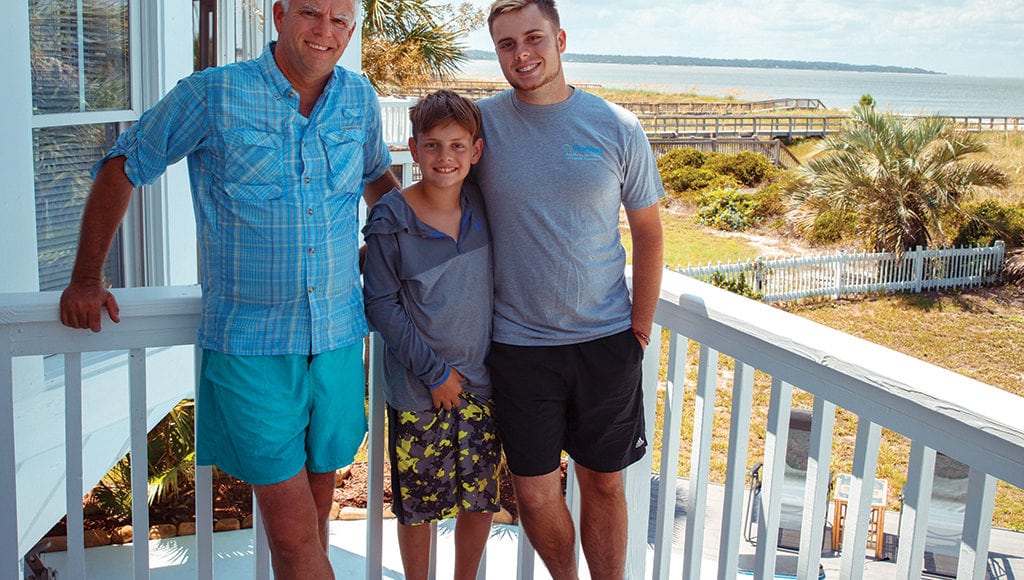 During the late 70’s I was living in Knoxville, attending the University of Tennessee, and working at Blue Ridge Mountain Sports as a salesman. Often after work we would gather at The Roman Room, a classic little dive next to Sam and Andy’s on the Strip. It served beer in small, fountain-style glasses, and the pizza burger was my favorite item on the menu. My memory of those evenings is only partially accurate I’m sure, but a few things stand out rather clearly about my co-workers and our beer and pizza burger fueled discussions.

Eddie Chin loved fly fishing for trout, talking about fly fishing for trout, or planning a fly fishing trip. My other co-worker, Ken Steele, was a hiker, and was only part time as he was in the doctoral program at UT in the psychology department. He would often challenge me with some comment, and I am sure that my youthful, exuberant outbursts amused him as I attempted to challenge his scholarly wisdom. One evening, he posed this question: Do you think simple words spoken by someone close to you could affect how you feel about yourself, possibly even to the point of a mental breakdown?

“Of course not!” I replied. “I know myself, am confident, and would simply dismiss their comments as a bunch of silliness. What kind of a person would want to do such a thing? I will never let anyone like that around me.” We debated heatedly until Eddie showed up and the conversation moved on to trout fishing. For some reason this stuck with me, and I would occasionally bring it up in conversation to get other people’s perspective, mainly to prove to myself that I was correct. This would not prove to be true….

How and when we choose to speak will most certainly have an impact on the world around us. We can speak with love and understanding and from that build a spirit of positivity in ourselves and others. Or we can choose the other path of hate and intolerance and create a spirit of destruction. Add in the freedom without responsibility offered by social media, and you have a recipe for disaster.

Words certainly have power when spoken with conviction, and they can certainly alter the lives of others. Recent times have seen teens commit suicide as a result of the ridicule they receive on social media. A Union County mother’s post about her son being devastated by bullying at school went viral earlier this year. I can feel the young man’s pain and know for certain that he will carry that with him all his life. It was good to see the outpouring of support nationwide; hopefully, that will help him set a positive life compass.

The overwhelming response was a great example of people stepping up to show their public support and say that such a thing should never happen again. The opposite of that, in my opinion, is one of the biggest problems in our society: the fear to get involved, to take action, to do the right thing. Those fears are partially well founded, based on the overly litigious nature of our society. But when we allow fear to rule our decisions, then we begin to deny there is even a problem and become ever more concerned about our feelings and of being offended rather than about what is ethical, truthful, and moral.

So, what is the point of sharing all of this? Simple. When we utter a single harsh word, we pollute the environment around us for all involved. Most people simply leave, some of the more sensitive ones might actually become physically ill, but everyone will suffer and some will not ever be able to let go of our words or actions.

I’ve often wondered, why do we choose to act this way? And why do we hold onto those hurtful thoughts in our memory? We could choose to forgive and move on. But many just can’t seem to.

If any of this seems to “ring your bell” and you’re ready to consider taking the next step towards the positive, I would like to challenge you to try an experiment. I first heard this idea while listening to a talk given by Skip Ross. If you wonder if you’re the only person who would do this—a lone positive ion in a sea of particles—you won’t be. I’m doing it. And if everyone participates, we could make Knoxville the most positive, loving, understanding community on the planet!

For the next 30 days, eliminate all negative speech and thoughts. No matter what the situation, find something positive to say, and when you encounter a negative, just turn and walk away—do not participate. Many may fail during round #1, but this is just like working out at the gym, so don’t quit. If you make a negative comment to someone you simply start the counter over at day one.

Ask your spouse, significant other and family to participate. Find ways to make it fun! Choose rewards to celebrate each successful day becoming more positive together.

Do the right thing, no matter what. Make the world around you pay attention. Stand up and call attention to wrongdoing. Be an example for all whom you come into contact with.