Blue Coast Grill & Bar is a hidden gem in a historic corner building on Market Square. 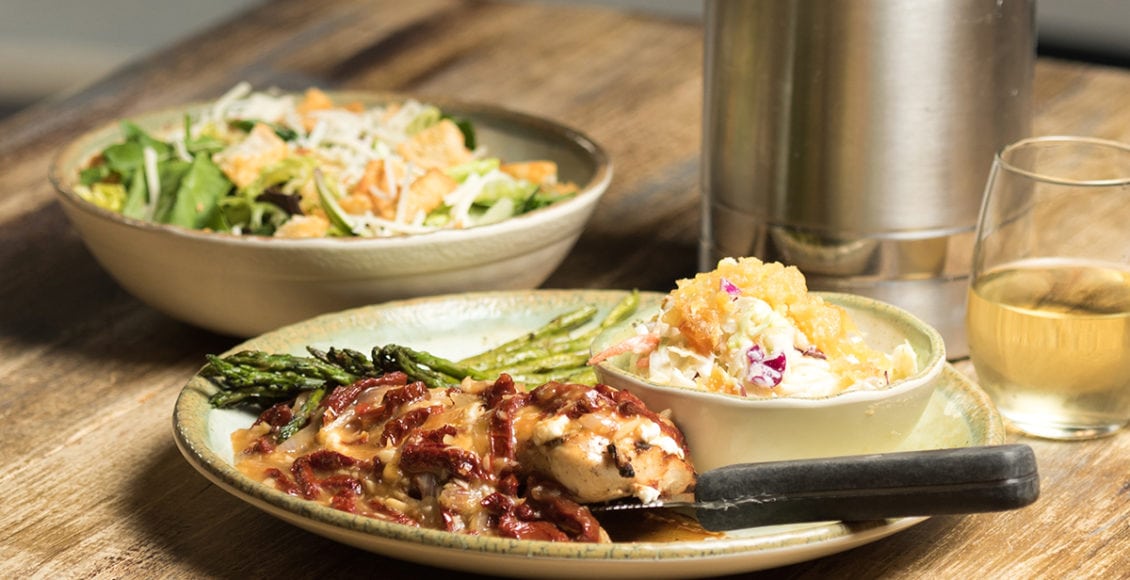 More than a century of dining memories inhabit 37 Market Square, on the corner nearest the parking garage. Built in 1870, the “Victorian vernacular” storefront sold tobacco and liquor until 1905, when it became a restaurant and confectioners shop. In 1920, Greek immigrant John Cavalaris opened the Gold Sun Café, where World War II soldiers savored home-style meals of beef stew before shipping out. In 1971, Cavalaris’ son-in-law Gus Peroulas and his brother took over. Gus’s yielded to Perry’s in 1997 until the structure was stripped to its façade and rebuilt with steel beams in 2010.

For diners with memories, please know that Blue Coast Grill & Bar is nothing like its predecessor, Blue Coast Burrito—the memory of which has caused some diners to steer clear of the building, even when nearby eateries have lengthy waits.

The good news is that executive chef Curtis Bates is offering a special blend of farm-to-table, new-American creations with complex flavors that are tipping the balance of Market Square—starting with the Chicken and Waffles with strawberries ($11), which is available both weekday and weekend brunch times (until 3 pm).

The patio seating in front and raised-deck seating along Wall Street allow diners to dine al fresco and watch the Market Square world go by. Large, tall windows both upstairs and down provide a bright, open feeling, which complements the lively atmosphere. Exposed brick on the inside walls hints at the building’s history. Singer-songwriter Chelsea Stepp plays on Wednesdays—ask for her version of Britney Spears’ “Toxic.” Blue Coast is a place to have a good time.

In the same way an art historian guide amplifies a trip to a museum, the wait staff are fully committed to the chef’s farm-to-table mission and are part of the dining experience. Our server Steven did this for us, walking us through the subtle “fifth flavor” that a diner might otherwise miss. For example, he noted the ginger garnish on the starter of melt-in-your-mouth blackened yellowfin tuna over sesame noodles ($11). (Opera Maestro Brian Salesky, take note: These are the New York sesame noodles you have been longing for.)

The Smokehouse Burger ($14), a signature dish, arrives with four oversize onion rings stacked atop it like a pasha on a sedan chair. Chef Curtis allows his knockout dishes to strut their stuff. The Smokehouse—made with Southern Natural Farms angus beef, the chef’s house-made barbeque sauce, Benton’s bacon, and fiery fiesta cheese from Sweetwater Valley Farms—has a unique taste to go with its grand entrance.

Romey’s Salmon ($18), named after the chef’s son, is char-grilled, pan seared, and served with honey-champagne glaze over Cajun cheese grits from Shelton Farms. It comes with a side: think about shredded and pan-roasted Brussels sprouts with Benton’s bacon.

A refreshing twist on a dish found in other restaurants are the Pork Belly Tacos ($15), with shredded braised pork bellies from Southern Natural Farms, caramelized pineapple coleslaw, and pico de gallo. They arrive drizzled in soy lime glaze and garnished with scallions. The cool crunch of the coleslaw adds a nice texture and complement to the heat of the meat.

Hand-cut Cajun prime rib ($26 for 8 oz.; $32 for 12 oz.), also from Southern Natural Farms, is a hickory smoked prime rib seasoned with Cajun spices and seared on the grill. In addition to the classic au jus and horseradish, try the broccoli florets tossed in herb butter, sage, green onion, fresh garlic, and oregano.

Don’t miss the Napa valley chicken ($16). Surprisingly complex with a lemon wine reduction and topped with sun-dried tomatoes and goat cheese, it is an exquisite balance of flavors. Be sure to try the caramelized pineapple coleslaw and grilled asparagus as accompaniments to this dish.

Even in the competitive Market Square scene, the bill is very reasonable for a memorable dining experience.