Part of the Community 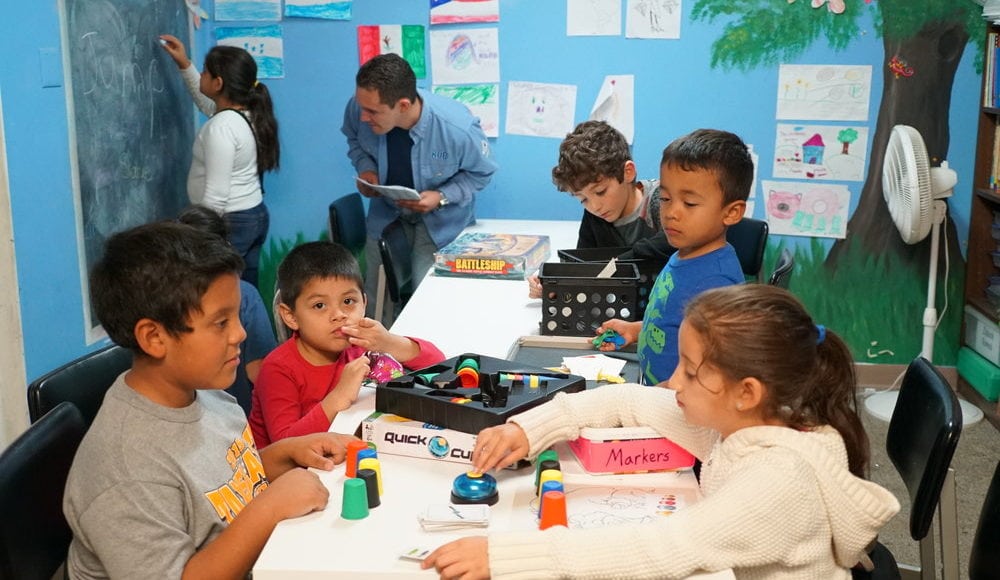 It was just last year that Annie Marie Duran was about to make the biggest move of her life. A 19-year-old from Santa Domingo, Dominican Republic, Duran was about to move nearly 1,500 miles north to meet her mom in the United States. Her stop? Knoxville, Tennessee.

She had been waiting to move until after her high school graduation. And when the time came, she was eager to arrive. She had spent ample time in the states before, but mainly in the north, in places similar to her city with “lots of cars and people,” she says. But Knoxville was different.

“Here the environment is calm and very easy going.”

Eager to discover her new calm and easy-going home, Duran wasted no time trying to find her door into connecting with the community. She hoped for a place where she could share values with others around her, while taking comfort in knowing that, like her, they spoke Spanish and perhaps even ate the same foods. And just one week after her move, she found her way in.

She found Centro Hispano. And it was actually Duran’s mom who introduced her to it.

“She told me all the time that when I move here, that’s what I needed to be doing, that they are great people that can help get me ready,” Duran says. “She told me that with moving to a new place, not knowing anyone, going there was going to make the change easier for me.”

It was just as she envisioned. “You have so much in common with these people,” she says. “Maybe they speak the same language, eat the same food, and have the same experiences. And it makes you feel connected.”

Connection. This is what Centro Hispano is all about.

“At Centro, our mission is to connect, integrate and empower the Latino community of Knoxville,” says Claudia Caballero, Executive Director of the nonprofit. “And all of those aspects are so important because it’s not enough to say you’re going to educate people.”

You can educate, she says, but you must also facilitate connections.

Centro provides a host of programs and services to the Latino community in Knoxville, including adult education courses like English as a Second Language and High School Equivalency Credentials prep programs. The organization provides on-site children’s education including after school programs and college prep courses. They even provide general interest educational workshops such as sewing, cooking, finance and healthcare. And to top it all off, Centro provides informational and referral services, along with newcomer programs.

“You come to a city and you’re new, you need to relearn how things are done in that different place and if you don’t have anyone teaching you that, you can’t be the best citizen you can be,” Caballero says. “We make sure that if people call or come to us that we are able to provide them information on whatever it is they’re looking for.”

According to U.S. Census estimates, a little more than 18,000 residents identify as Latino in Knox County. “We estimate that to be much larger, based on the number of people we serve and the population in schools,” Caballero says.

On any given day, 40 to 70 people walk through their doors to utilize services. “Integration is not a one-way road; it’s a multi-way one,” she says. “At Centro, we create a bridge for non-Latinos and Latinos to share spaces, conversations, and get to know each other.”

And that happens because of the willingness of clients and volunteers alike to put time and passion into those connections.

Duran actually began there as a volunteer. She had been taking English as a Second Language for years in the Dominican Republic, and knew that coming to Centro she would not only have the chance to help herself, but to help others. When she began she was working with the organization’s daycare, but as her time with the organization has grown, so too have her responsibilities. She now volunteers with the older kids in their evening program—helping with writing, reading, and math.

“I feel like it’s valuable for me because I feel like I’m part of the community,” she says. “I’m actually helping the community and helping people, like me, that just came here, the newcomers who don’t know what to do because they don’t know anyone here.”

And the services are having every impact intended on those using them. Just ask Azucena Hernandez.

Hernandez, a local construction professional, walked though Centro’s doors two years ago, yet she moved to Knoxville roughly eight years before. Her son had been volunteering there to earn community service credit for school, at a time when Hernandez was looking to improve her English. “It was that moment that I needed friends,” she says. “I needed to learn English and meet other people, meet good friends.”

She took sewing classes at Centro, joined a women’s wellness program, and just two months ago participated in a course that taught her the skills necessary to make presentations. “I learn so much from other people, American people,” she says, adding that it has helped her to better understand and respect American culture and life.

In her home, her family speaks Spanish, but feeling connected to her community as a whole was important to her, not just for herself, but also for her family. At just five, her youngest son is now an excellent English speaker. “That’s because of Centro.”

With three children and three grandchildren, a great relationship, and a profession she loves, Centro was icing on the cake. “I’m so very thankful for Centro Hispano.”

While Centro has been serving the Knoxville region since 2005, much has changed within the last two years at the organization, Caballero says.

She moved to Knoxville from Austin, Texas, with her husband in 2016. “I always say I’m like a weed. I’ll grow anywhere I go,” she says, admitting, “We did a data analysis and Knoxville really stood out.” A Latina herself, Caballero wanted to work somewhere with a cause she felt passionate about. She applied for the Executive Director role at Centro, never expecting to receive the call for an interview, but she did, and today is thankful for it. “It’s been an exciting two years. I feel like we’re on a high note.”

What Caballero means by that is that she put a lot of work into the last two years to restructure the organization and her team. “Everything needs to be reinvented over the years. Times change, people you serve change and our organization has been around for 13 years,” she says. “I’ve always liked going into challenging situations and improving them.”

She spent time getting to know the clientele, listening to their stories in search of areas that could be improved, but also identifying things that were working well. “No need to reinvent the wheel,” she says. “I believe a nonprofit’s only purpose is to serve the people it’s meant to serve, and many times we forget to ask the questions to the people we are serving, but we will get answers from them.”

“Our clients are no longer people who just walk in and out of our building to make a class; they are an integral part of this organization.”

And with a team and board that is so whole-heartedly committed to the work, along with the host of volunteers, like Duran, who spend their time simply helping to help, they all come together into an impactful and empowering package.

While the services are enriching and critical for the community, Caballero says there is a funding need right now. With a small staff of one full-timer and three part-timers, and a yearly budget of only $233,000, they are serving nearly 2,500 people a year. “The need is really big, “Caballero says, and hopes Centro will be able to achieve a $400,000 budget next year.

Certain programs are paused right now due to this funding gap—programs like the High School Equivalency Prep Program. It’s a struggle, she says.

But they truck along, never turning anyone away and doing everything they can to provide the best possible services to those in search of their support. And even for those volunteering, the opportunities provided are endless.

Duran continues to volunteer, but come fall she will start at Pellissippi State Community College to study psychology. Her hope is to eventually attend the University of Tennessee and perhaps become a counselor in a university.  But for now, she is simply grateful for the chance to help others feel at home.

“I feel like Centro helps people. They give the resources in order to feel welcome here, to get to know the place, for them to not feel like they are lost,” Duran says. “It’s reassurance that they came here for a reason, that they are going to be fine, and that everything’s going to be better.”