The Best of America's Best Idea 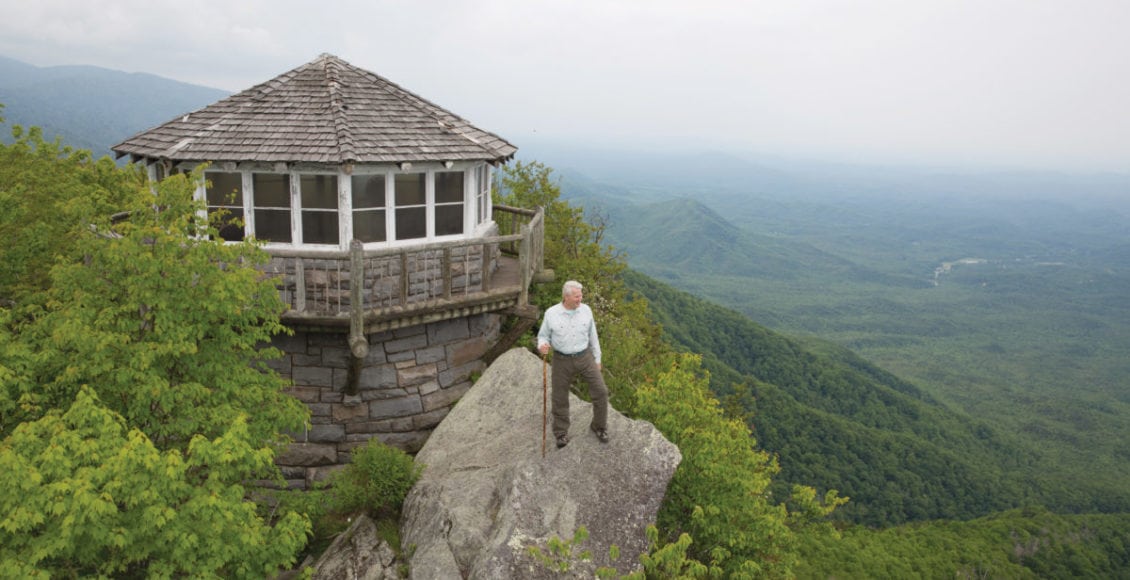 American author Wallace Stegner called national parks “America’s “best idea…absolutely democratic.”  Ensconced in first place as the most visited among all national parks is the Great Smoky Mountains National Park.  None other of our “crown jewels” even comes close.  In 2016, the Smokies had twice as many visits as second place Grand Canyon.  Yosemite, Rocky Mountain, Zion, and Yellowstone round out the top six.  The estimated yearly economic impact of visitors to the Smokies approaches a billion dollars per year.

Although this column is typically dedicated to the judicial branch of our federal and state governments, the executive and legislative branches deserve full credit for the national park system.  Five presidents, three of whom are ranked by historians in the top ten of all time, played key roles in the creation of our very own National Park.

On March 1, 1872, President Ulysses S. Grant signed a law establishing the Yellowstone National Park—America’s very first.  Between 1901 and 1909, Theodore Roosevelt, referred to as “the conservation president” and typically ranked as fourth among best presidents, doubled the number of sites within the park system.  The Antiquities Act, passed during his administration, enabled Teddy Roosevelt and all succeeding presidents to proclaim objects of historic or scientific interest as national monuments.World War I President Woodrow Wilson, who is typically ranked between sixth and eighth among best presidents, signed the National Park Service Organic Act of 1916, which created the NPS as a part of the Department of the Interior.  By then, our nation boasted thirty-five parks and monuments.  The terms of the legislation authorized the NPS to promote and regulate all national parks, monuments, and other areas of jurisdiction “in order to conserve the scenery, the history, and the wildlife for future generations.”  Wilson appointed influential industrialist Stephen Mather, who had led a public campaign to create a separate federal agency to govern parks, as the first Director of the NPS.

While the creation of national monuments fell within the authority of the President, only Congress has the authority to establish national parks, and, other than Acadia (then called Lafayette National Park) in Maine, there were none at that time east of the Mississippi.  Mather, still in office in 1923, initiated an effort to correct the situation: “There should be a section of the Appalachian Range,” he writes,”…with its native flora and fauna conserved and made accessible for public use….”

By 1926, the United States Senate and the House of Representatives, at the urging of Tennesseans and North Carolinians, had laid the groundwork for what became the Great Smoky Mountain National Park.  President Calvin Coolidge endorsed the enabling legislation.  The bill authorized the NPS to assume responsibility for administration as soon as 150,000 acres had been acquired.  While the older western parks had been established on federally owned lands, however, the acreage designated for the Smokies was in private hands.  Because the Congress did not appropriate federal funds for purchase of the requisite acreage, the two states and private donors had to carry the burden.

Knoxvillians, in particular, had pushed Congress for at least three years prior to the passage of the bill.  Ann and W.P. Davis, who were impressed by a vacation in Yellowstone in the early 1920s, are generally credited with having inspired the Smokies movement.  Soon, Colonel David Chapman, Mayor Ben Morton, and others here joined the charge.  The local Rotary Club, the Knoxville Automobile Club, and our Chamber of Commerce were all instrumental in promoting the concept.  Community leaders formed the Great Smoky Mountain Conservation Association with the single purpose of making the Smokies dream come true.  Davis, the general manager of Knoxville Iron Company, became the first chairman of the Association, and Carlos Campbell, who later authored Birth of a National Park, became the secretary.  Governor Austin Peay, who had connections to a cabin in Elkmont, embraced the idea.

The source of an essential yet controversial gift came from the City itself.  As an inducement for our state legislature to appropriate funds, Knoxvillians promised to pay 1/3 of the first purchase—76,507 acres from the Little River Land Company.  At $3.57 per acre, the total cost was over $273,000—a handsome sum in those times. The appropriation by the State passed in both chambers.  Upon signing the bill into law, Governor Peay handed his quill pen to Representative Ann Davis, who, taking full advantage of women’s suffrage, had run for and been elected to the State’s House of Representatives.   Some of our state legislators later confessed that they supported the legislation thinking the City would not follow through.  The City Council’s contribution to the purchase price, while visionary in hind-sight, resulted in a recall vote on four of its eleven members.  Three lost.

Ultimately, Tennessee and North Carolina each invested $2 million, and the private sector, including pennies and nickels from local school children, contributed another $1 million.  Nevertheless, the Herculean efforts in the Knoxville and Asheville communities would have been in vain but for John D. Rockefeller, Jr., who had established a foundation in memory of his mother, Laura Spelman Rockefeller.  At the urging of then National Park Service Director Arno Cammerer, Rockefeller arranged a $5 million grant from the foundation, which assured the establishment of our Smokies.  In tribute to the Rockefeller gift, North Carolina and Tennessee legislatures provided sufficient funds for the bronzed Rockefeller Memorial at Newfound Gap.

Franklin Delano Roosevelt, generally ranked either second or third among our best presidents (behind Lincoln and either just ahead or just behind Washington), signed an Executive Order in 1933 broadening the jurisdiction of the NPS.  Construction of the memorial, largely built by FDR’s Civilian Conservation Corp, was completed in September of 1939.

On September 2, 1940, a crowd of 10,000 gathered at the memorial to witness the official dedication.  Security personnel, sensitive to the image of the presidency on the eve of a second world war, cloaked FDR as he was lifted to the podium in order to dedicate the park to the “free people of America.”  Afterward, many of those in attendance were shocked to see that the leader of their nation required a wheelchair.  To date, he is the only President to have visited this most popular national park among all the creations of “America’s best idea.”

Being “The Best” Version of Ourselves